Skip to content
Home Smart Gadgets Android Auto vs Apple CarPlay: Which is the Winner?

The smartphone boom in India has also transformed Indian car manufacturing industry as more and more automakers are now including support for both Android Auto and Apple CarPlay in their built-in infotainment system. Both these products are really important as they provide users with same user experience no matter the cars they are driving. They are also important for improving driver safety as they allow drivers to have hands free experience when replying to messages, taking calls, or playing music. While the main function of both Apple CarPlay and Android Auto is same, they both have their own strength and weaknesses. In this article, we are going to take a look at both of them and see which one is better for an Indian car owner:

To see which service is better in India, we tested both the systems for all the categories which should matter to a car owner in India. In this article, we are going to tell you how Android Auto and Apple CarPlay performed in each of the categories and declare a winner at the end of the article:

One of the biggest benefits of having an always connected system in your car is navigation. If you own a car and drive it yourself, you must know how important navigation is these days. You can literally throw me in any part of India and give me a car with a navigation system, and I will reach my desired location without any problem. 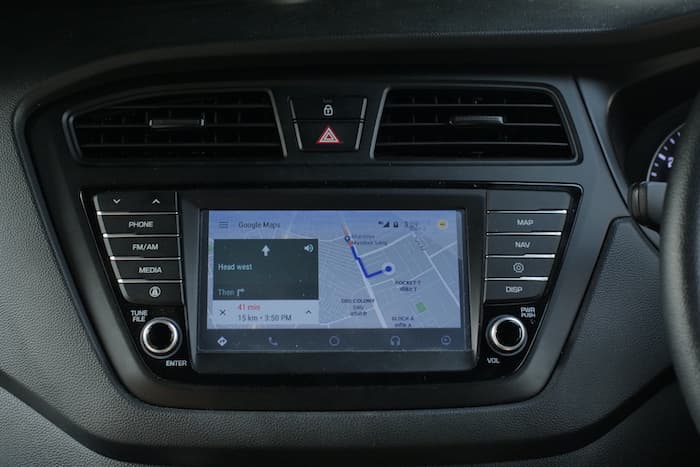 When it comes to navigation, Android Auto works like a charm. It’s no surprise as Android Auto uses Google Maps which is the best navigational system you can use today. We tested Android Auto by asking it navigate to a bunch of different location, some of which had fairly complex names in Hindi. Android Auto was able to recognize the location and start the navigation a 100% of the time without any problem. 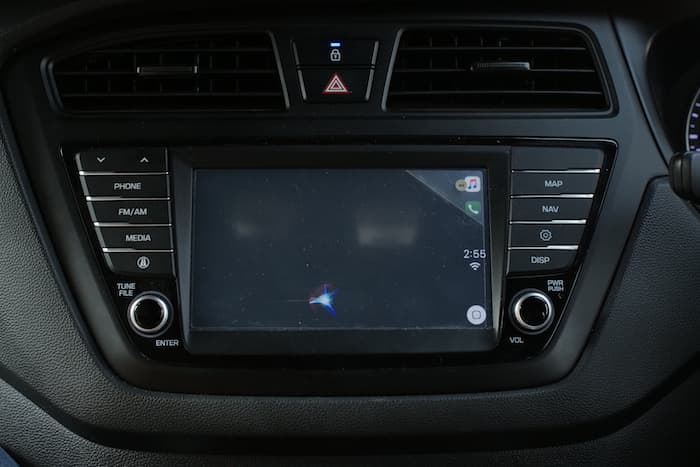 With Apple CarPlay, it’s a whole different story altogether. And no I am not saying that because Apple Maps is far worse than Google Maps (which it is), rather it’s because Apple CarPlay doesn’t support navigation in India at all. Yeah, you read that right. Apple CarPlay cannot perform the most basic function for which it is made. Sadly, I cannot show you something which is not working, but I can show you the Siri icon which is the only thing you will see when you ask Apple CarPlay for directions.

I bet people listen to more songs when they are driving than when they are at home or in office. Songs make our commute easier by allowing us to not get bored out of our mind while we are stuck in that traffic Jams. In our testing, both Android Auto and Apple CarPlay performed almost equally good in all our music playing tests as they both were able to easily recognize song names and play them. 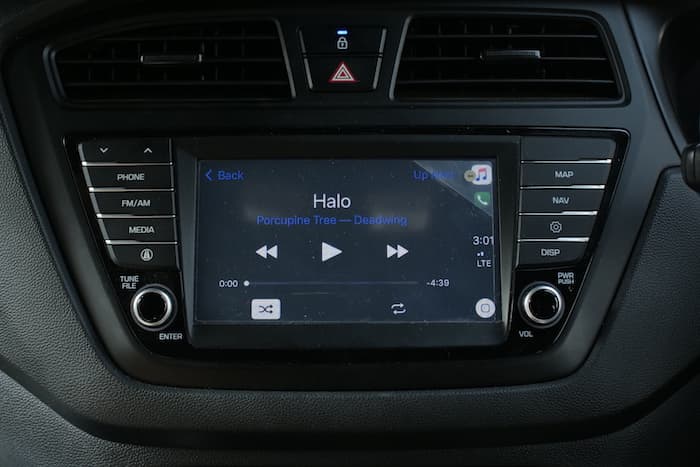 We tried a bunch of English, Hindi, and even Punjabi songs and both Android Auto and Apple CarPlay were able to recognize and play all the songs. I would like to mention that Apple’s CarPlay was a little faster when it came to recognizing and playing songs. That said, Apple CarPlay only supports Apple Music while Android Auto also supports Gaana app, which has a far better catalogue of Indian songs than Apple Music. 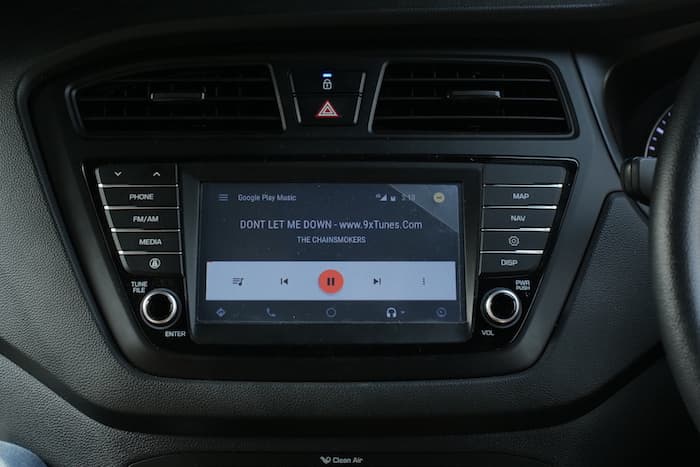 One of the best safety features that both Apple CarPlay and Android Auto bring to the table is the fact that not only they allow users to pick-up calls handsfree, they also allow to make calls justing using voice commands. So, if you take a lot of calls, both Apple CarPlay and Android Audio will come in really handy. We tried calling a bunch of contacts on our list and all the calls went through without any problem. 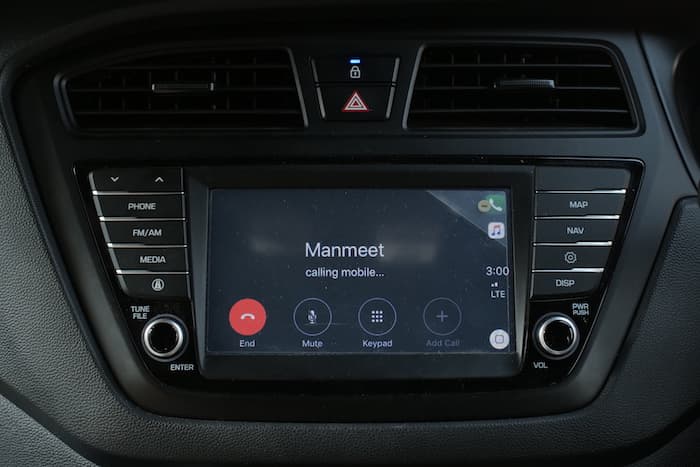 We also tested both Apple CarPlay and Android Auto by asking them to call a person for which we had multiple contacts on our phones. Both the systems intelligently identified the multiple contacts and asked as to which number we wanted to make the call to. As far as calling is concerned, both the platforms performed equally well and I don’t have any complaints. 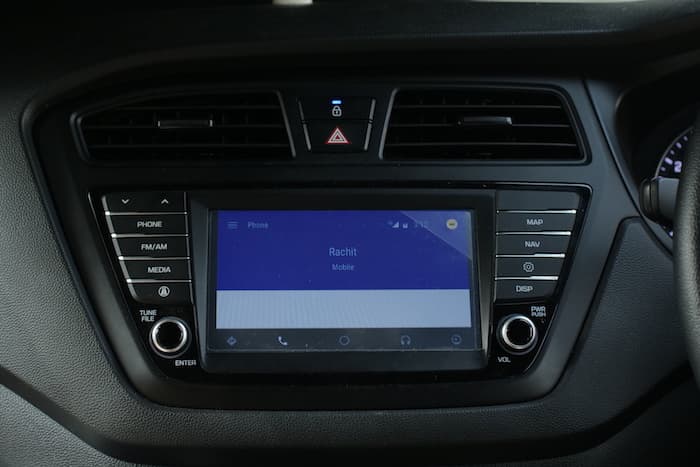 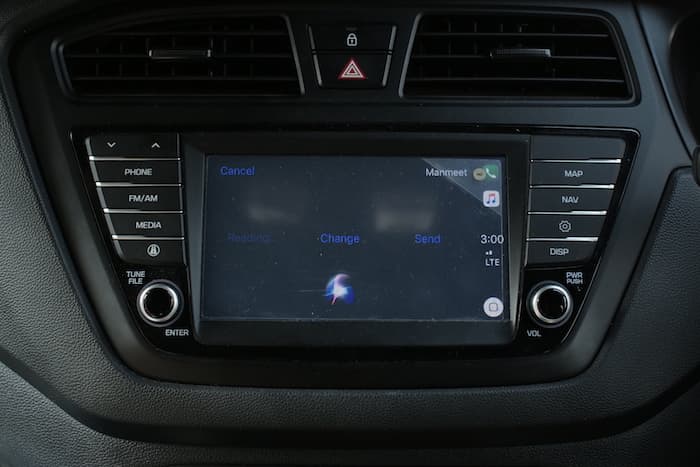 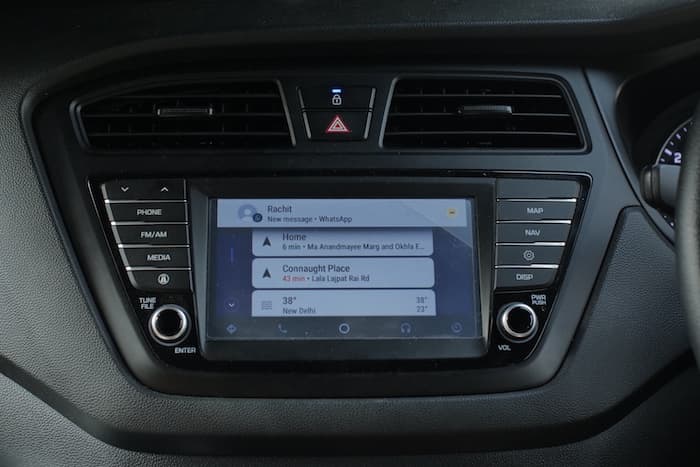 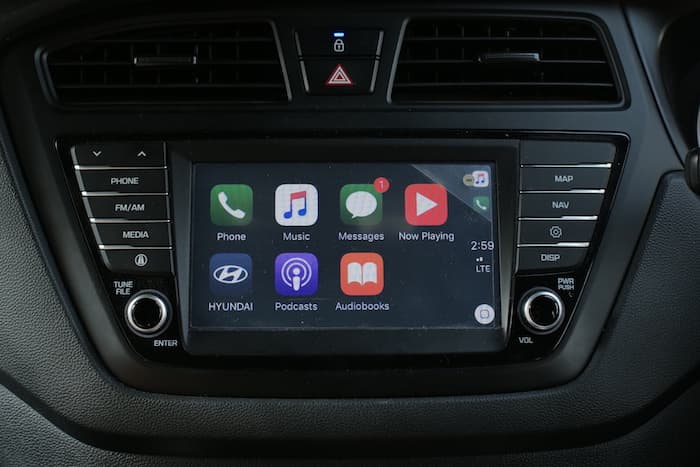 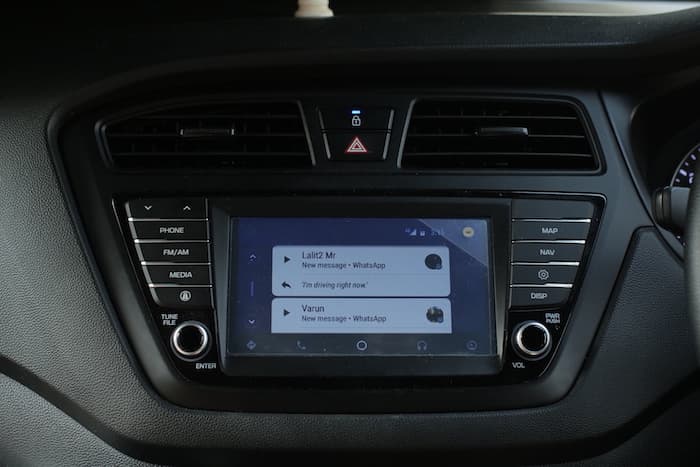 Before I proceed with this section, I would like to tell you that when it comes to user interface, it’s more of a subjective decision depending on what you prefer, and changes from person to person. With that said, there are some aspects of Apple CarPlay’s user interface which gives it a slight edge over the Android Auto’s UI despite the fact that Android Auto’s interface is more functional. 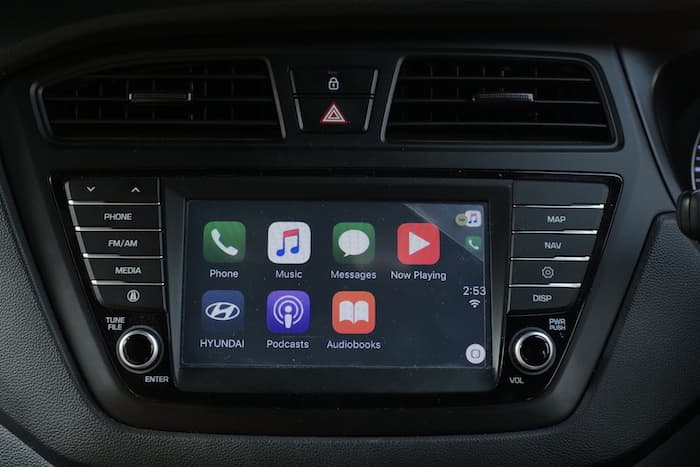 Firstly, on the whole, I found that Apple CarPlay is more fluid to use. In comparison, Android Auto always felt sluggish and it was always a step behind Apple CarPlay when it comes to speed and fluidity of performance. Also, Apple CarPlay’s interface feels way modern than Android Auto user interface. One more thing to consider here is that the dedicated assistant button which is provided on some cars works seamlessly with Apple CarPlay which makes it way easier to call up Siri than Google Assistant. For these reasons, this point goes to Apple CarPlay. 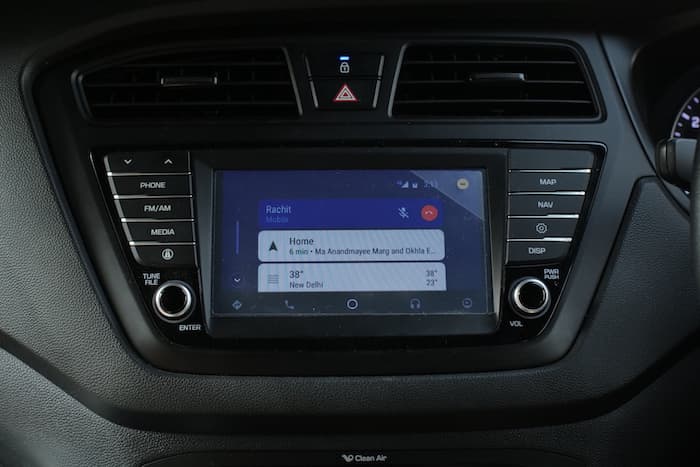 Android Auto vs Apple CarPlay: And the Winner is…

After going through all the points, the winner is pretty clear here. There is no doubt about the fact that Android Auto wins hands down here. In fact, Apple CarPlay lost the match when it was unable to navigate, which for me is the primary function of such a platform. Even if you were in a place where Apple’s navigation works (like in the US), the fact that CarPlay only uses Apple Maps and doesn’t support Google Maps makes it a deal breaker to me.

Apart from navigation, Apple CarPlay went head to head with Android Auto in all other departments bar messaging. That said, Apple can easily extend support for third-party messaging services just like it did for WhatsApp and fill the gap there. But what’s in future is in future, and presently Apple CarPlay stands nowhere near Android Auto which is our champion of this duel.

Going into this versus article, I had little hope for Apple CarPlay seeing how Apple is not a major player in India. That said, apart from navigation and messaging, Apple CarPlay held up pretty well against Android Auto. If Apple starts paying attention to the Indian market and makes Google Maps its default maps application (which it will never do), it can easily compete with Android Auto considering it has a faster and more fluid user interface. But, that’s me, do let us know your thoughts in the comments section below?