Google has been making tweaks to Android 11‘s multi-tasking screen for quite some time now. Back with developer preview 3 last month, the company made the apps appear larger inside the recents screen, along with a couple of shortcuts at the bottom. Now, with Android 11 developer preview 4, Google has made another change to the multi-tasking screen.

When you enter the multi-tasking (or recents) screen in Android 11 now, you will see a third option in the row of buttons at the bottom. This new option, called ‘Select’ is fairly self explanatory. You can tap on the select button and Android 11 will identify selectable text from the app screen shown in the recents view. You can then select text from it. 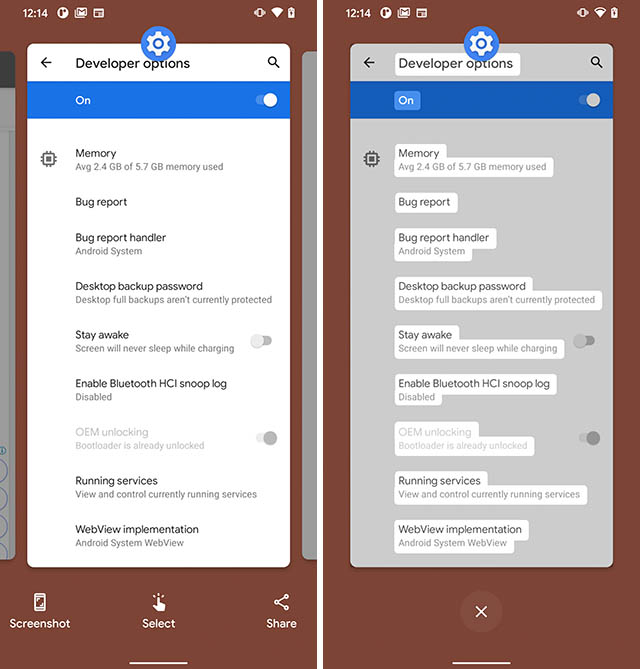 The feature looks very similar to Google Lens’ text identification feature, and it works just as well at identifying selectable text on your screen.

It’s noteworthy that the capability to select text from within app screens in the recents view is not exactly new in Android. It has been available in the OS for a couple of years now; users can simply long press on app views to select text while they are in the recents screen. In fact, that method still works. From what I can tell, this is an attempt from Google to make more people aware of this particular capability of the Android operating system, and to increase its usage.