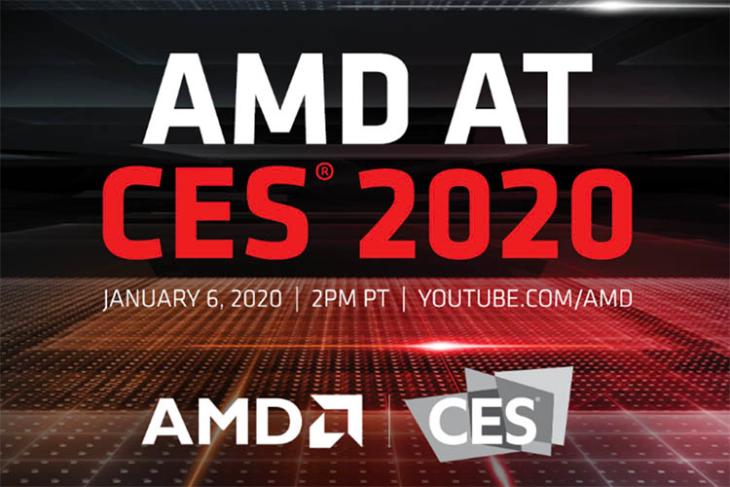 AMD has announced that it will hold a press conference on January 6th at the upcoming CES 2020 tech show in Las Vegas. The event will be held at the Mandalay Bay Resort and Casino and will hosted by the company’s President and CEO, Dr. Lisa Su. While AMD is yet to reveal its plans for the event, the internet is abuzz with speculation that the company might take the opportunity to unveil its next-gen CPU microarchitecture, codenamed Zen 3.

According to reports, AMD might announced details about its new generation of EPYC, Ryzen and Threadripper platforms at the aforementioned event. To be marketed as the Ryzen 4000-series, the new lineup will be based on an upgraded 7nm process node and, is expected to be launched commercially later this year. Do note that it will be the fourth iteration of the ‘Zen’ platform from the company, with the three previous generations having been designated as Zen, Zen+ and Zen 2.

It’s not immediately clear as to what the next-gen chips will bring to the table, but the company had earlier confirmed plans to launch its top-of-the-line desktop processor, the Threadripper 3990X, with a jaw-dropping 64 cores, 128 threads, 288MB of cache and 280W TDP sometime this year, so it will be interesting to see if the company will demo it at the event. There’s also talk that the company might unveil the 48 core, 96 thread Threadripper 3980X, although the reports are yet to be confirmed by AMD.

As mentioned already, AMD is yet to reveal anything about its plans for the event just yet, but a recent Twitter post did claim that the company will “push the envelope yet again to make 2020 an incredible year for high-performance computing”. Either way, the company plans to live-stream the event from Las Vegas, so in case you’re interested, you can catch it on the official AMD YouTube channel.