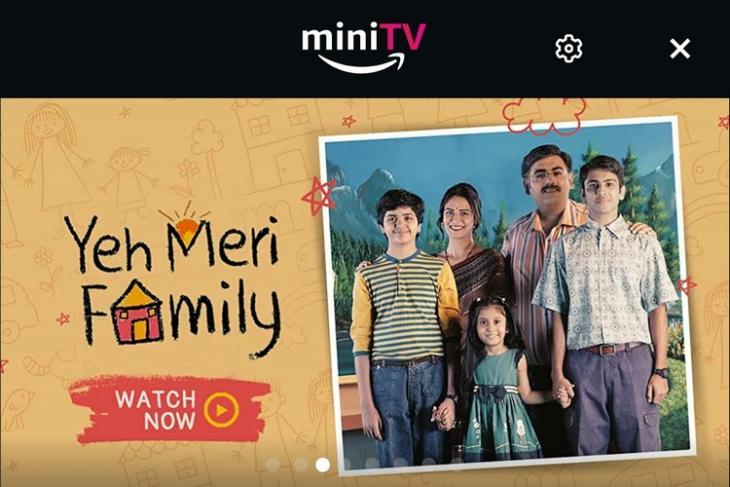 Amazon has started rolling out a video platform within the primary Amazon shopping app for users in India. Dubbed miniTV, the free video streaming service is live on the latest Amazon app for Android users.

The Amazon miniTV service is available for free and currently shows select web series, comedy shows, and lifestyle videos. The web series section is primarily dominated by ‘The Viral Fever’ (better known as TVF) at the moment.

The lifestyle section includes videos from fashion influencers such as Sejal Kumar, Malvika Sitlani, Anaysa, and more. It even has some technology videos from YouTuber Trakin Tech available to stream within the app. “In the coming months, miniTV will add many more new and exclusive videos,” says Amazon in an official blog post.

As of this writing, the feature doesn’t have a prominent section in the app’s sidebar. Instead, you can access it through a banner on the home page. You can access miniTV by tapping the banner found on the Amazon app’s home page, as you can see in the image below:

The user interface is similar to what you get on the Prime Video app. So check out a few screenshots of Amazon miniTV below:

The company has also added parental controls to miniTV that lets parents restrict videos that are not suitable for children younger than 13 years:

It is worth pointing out that you don’t need an Amazon Prime subscription to access Mini TV. You can watch videos for free if you have an active Amazon account. That said, it doesn’t look like there’s an option to download videos offline for viewing later. . Amazon has confirmed that miniTV is ad-supported and will “add many more new and exclusive videos” in the coming months.

With miniTV, Amazon might be planning to establish a product that competes against its arch-nemesis Flipkart and its Flipkart Video service. We’ve reached out to Amazon India for more details on the service and will update this article once we hear back.

Editor’s Note: We’ve updated certain sections of this article to include official details of the miniTV service announced by Amazon.