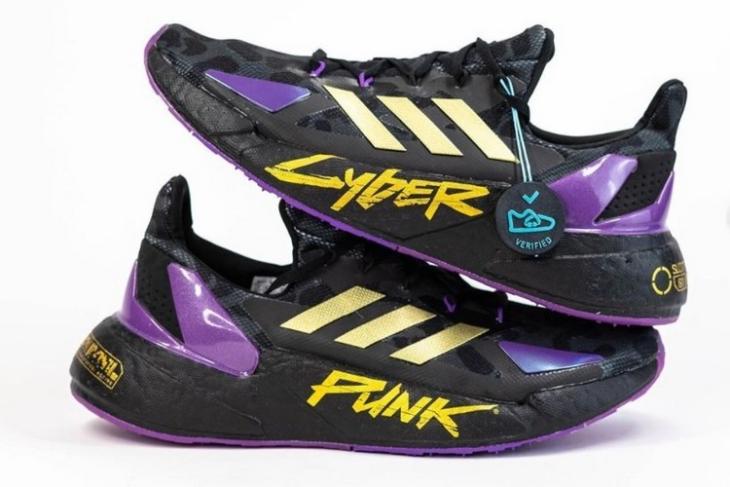 Apart from being the most hyped video game of the year, Cyberpunk 2077 has also become a brand name prior to its official release. There are many companies that released Cyberpunk-themed products following the unveiling of the game. For instance, Microsoft made a glow-in-the-dark Cyberpunk-themed Xbox One X earlier this year. Similarly, according to recent images, global apparel-makers, Adidas has made a Cyberpunk 2077-themed sneakers for the enthusiasts.

The images were shared by a self-claimed sneaker collector and sample specialist, solebyjc on Instagram recently. There are nine images, shared by the blogger, that showcase the “Adidas x9000l4 Boost x CyberPunk”.

Now, coming to the pair of these exclusive sneakers, they come with a base color of black. On top of them, there are accents of colors like purple, gold, and teal, which make a unique blend to give the pair a dark-futuristic look.

On each of the shoes, the word “Cyberpunk” is split and written on each of the sides in big yellow letters. The font is also similar to the official font of the video game. 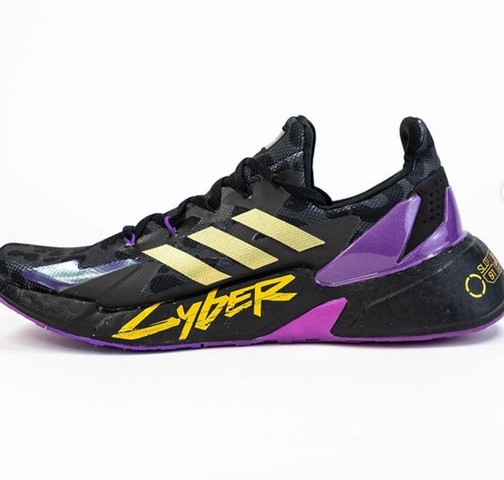 Now, personally speaking, I find the pair pretty cool, however, I can’t say that it is made for me or people like me (hello, clones!). True, that it is pretty eye-catching and a potential conversation-starter, but, admit it, you won’t be wearing these in your next office party (unless you work at CD Projekt Red).

In my personal opinion, these Cyberpunk-themed Adidas sneakers are made exclusively for enthusiasts and gamers who are eagerly waiting for the release of the title. I think they are going to love these bad boys and I can tell because, right now, the tiny gamer-part in me is lusting for them.

Now, the thing is Adidas has not officially launched the sneakers, as of yet, in the market. So, we do not have any info on the price or availability of the sneakers.

Guess you gamers have to wait to get your hands on these kicks. However, you can check out the images of the pair on solebyjc’s Instagram profile.