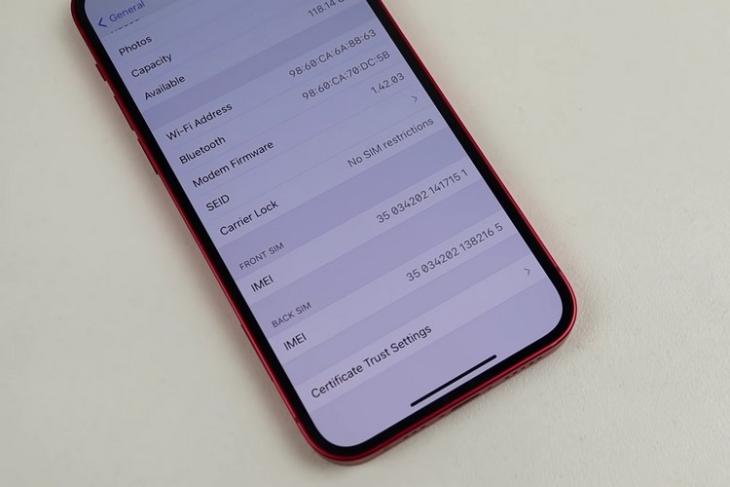 Although Android phones have offered dual SIM support to users for a long time, Apple introduced the feature pretty late with its iPhone XS lineup in 2018. However, Apple took a different approach to dual SIM support by offering users a secondary eSIM, which is a digital SIM card, instead of a physical secondary SIM slot. However, a YouTuber has now found a way to add a second physical SIM slot to iPhone 12.

To achieve this feat, Jeffreys ordered a dual nano-SIM reader from China, which is compatible with his iPhone 12, and replaced the existing SIM reader that has only one physical SIM slot. So, once the dual nano-SIM reader from China arrived, Jeffreys took his iFixit tools, disassembled the iPhone 12, attached the new SIM reader in place of the existing one, and reassembled the device. You can check out his 8-minute video attached right below.

Now, it is worth mentioning that Jeffreys was able to replace the SIM reader of his iPhone 12 as Apple uses a modular SIM reader for the iPhone XR, 11, and 12. So, the dual nano-SIM reader was automatically compatible with the American model and no further hardware modifications were needed to integrate the new SIM reader.

Once, the dual nano-SIM reader was in its place, Jeffreys booted up his iPhone as normal. Moreover, to his surprise, the iPhone 12 automatically detected the new SIM reader and offered two new options on the SIM settings page. So, instead of showing “Physical SIM” and “Digital SIM” on the Settings page, the device was now showing “Front SIM” and “Back SIM”. However, the eSIM functionality was eliminated in the process.

Upon inserting two physical nano-SIM cards into the device, the YouTuber was greeted with a setup screen to configure the two installed SIM cards, set their labels, and set the default SIM card. Following the setup, Jeffreys was able to make calls using both networks.

So, for users who prefer physical SIM cards over digital ones on their iPhones, this simple hardware modification is a godsend. Moreover, as Apple uses a similar modular SIM reader for the iPhone XR and 11, this modification should technically work on those models as well. However, make sure to get the right dual nano-SIM reader from China that will be compatible with your iPhone model.