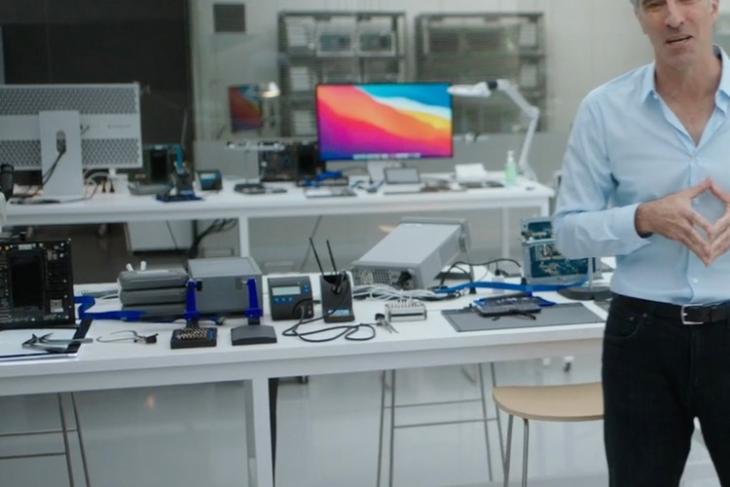 Apple, as we all know, live-streamed its recent “One More Thing” event online due to unveil the latest Apple silicone-powered Macbook Air, Macbook Pro, and Mac Mini. However, during the event, apart from Craig Federighi’s awkward look at the Macbook Pro, folks from the popular teardown team, iFixit spotted their own repair tools inside the Apple labs.

Now, if you don’t know about iFixit, it is a small company based in California that aims to help consumers repair their own electronic devices (especially smartphones) using its dedicated tools and informative how-to videos.

Apart from promoting the “right to repair” act, the team also tears down various high-end smartphones in the market to check its “repairability score”. And it is the same company that discovered that replacing the camera module of the latest iPhone 12 and repairing the AirPods are next to impossible for third-party technicians. And it was recently found that Apple has made camera replacements impossible as it requires a proprietary Apple tool.

So, the fact that iFixit’s repair tools are there in Apple’s lab is an irony in itself. And to share that with the world, the company posted a few screenshots on Twitter showing the tools laying on a table behind Apple’s SVP, Craig Federighi. You can check them out in the tweet below:

Following this post, many users joked about the irony of Apple keeping repair tools in their labs, as the Cupertino giant is infamous for its device-repairability (or the lack, thereof). One user even joked that the iPhone-maker was making sure that the tools would not work on their devices. And going by Apple’s reputation, they just well might!