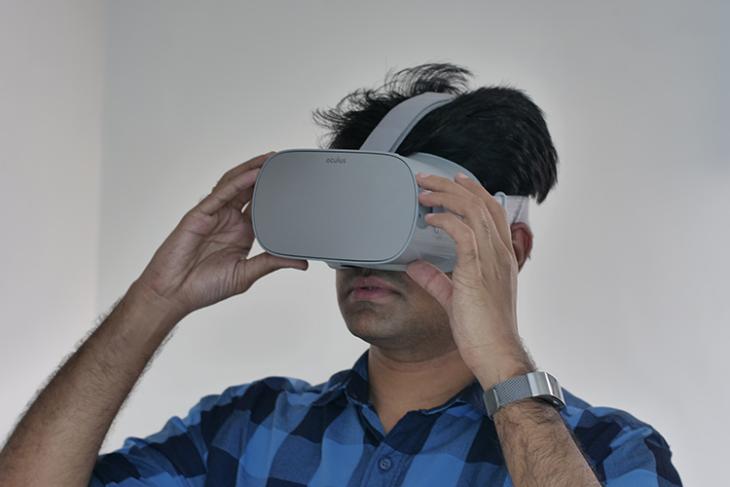 As we approach the end of the year, one would think that Xiaomi might be done with its launch events for 2018 but that doesn’t seem to be the case here. The Chinese giant has now teased the launch of a new product on December 15, yes, tomorrow.

Xiaomi has taken to Twitter to tease this upcoming product via its official Mi India handle, doling out no details. The teaser shows us a view of a beach through a pair of spectacle frame, with the caption “Wait till you see it!” right above it.

You'd love to see what's coming! Any guesses?
RT if you're excited! pic.twitter.com/faiVBY7hWQ

Xiaomi hasn’t offered any more info on this product, but our best guess is that it could either be the standalone Oculus Go VR headset (which it makes for Oculus) or something totally unrelated to technology like Mi Sunglasses. While we would love it to obviously be the former, the possibility of the latter launching in the country cannot be dismissed.

Xiaomi has recently been expanding its lifestyle product lineup, with the addition of its suitcases, travel pillow, and new backpacks. Thus, their Mi sunglasses that Xiaomi had crowdfunded in its home country could be the next in line.

As for the Oculus Go VR headset, well, it was released earlier this year as the portable alternative to Facebook’s bulky Oculus Rift headset. There’s no wires, no PC, and even no smartphone that’s needed to make it work to step out of this reality and meet friends, play games, or entertain yourself in the virtual world.

The Mi VR headset, as it’s called in China, is priced starting at 1,499 yuan for the 32GB variant in China, that roughly translates to Rs 15,499. The Mi Sunglasses, on the other hand, are cheaper and could be priced around Rs 1,250 in India if that’s what Xiaomi is planning to launch tomorrow.

What do you expect Xiaomi to launch in India tomorrow? Would you want it to be Mi VR headset (Oculus Go) or Mi Sunglasses? Tell us your opinion in the comments below.