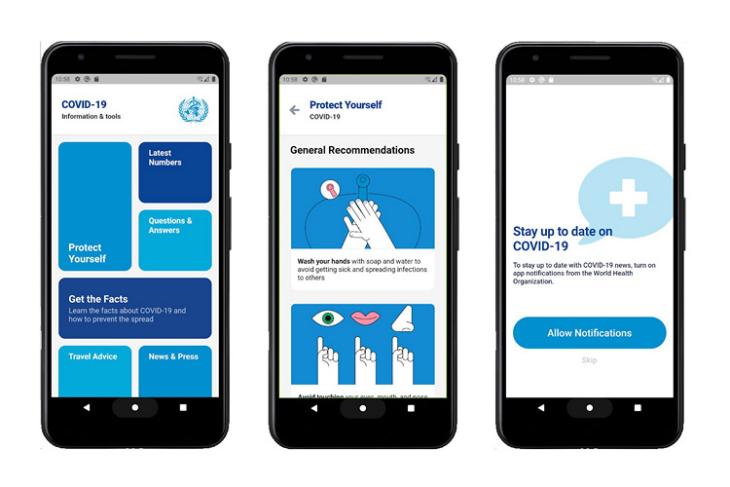 The World Health Organization (WHO) has launched an official app to provide people around the world with accurate information and warnings specific to their location. Called ‘WHO COVID-19’, the app will also offer ‘self-triage’ tools that could help users diagnose whether their symptoms match those of COVID-19. According to its official Play Store listing page, the app will also bring the the latest recommendations from the experts at the World Health Organization and its regional partners.

Originally named ‘WHO MyHealth’, the app has been developed by a group of volunteers working as the ‘WHO COVID App Collective’, which includes former Google and Microsoft employees as well as WHO advisors and ambassadors, along with other industry experts. The open-source app, the code for which is available on GitHub, was initially being built with Ionic React before switching to Google’s cross-platform Flutter SDK not only for the Android and iOS apps, but also for the web app.

The WHO COVID-19 app is currently only available on Android on early access, but given that the iOS app and the web app are also under active development, we expect them to be available sooner rather than later. Do note that the app needs location information to provide all the localized news and information, but the privacy policy detailed within the app claims that it doesn’t save personal data. “We don’t collect email, phone numbers, or fine-grained locations”, reads the app’s privacy policy. Android users can download WHO COVID-19 on their devices from the Play Store.