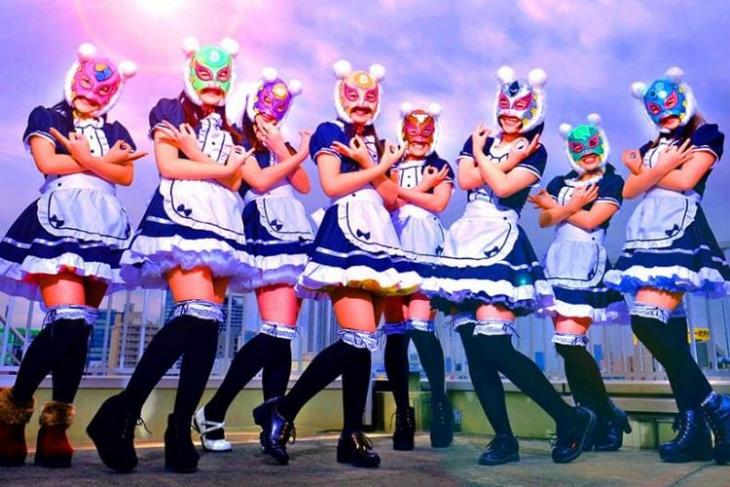 Cryptocurrencies are big. And as long as you haven’t been living under a rock for the past few months, you know that anything remotely related to blockchain technology is making waves not just in the mainstream media around the world, but also at the bourses. It’s no wonder then that everybody and their dogs are jumping on the bandwagon.

From Hooters to Reliance Jio and from Kodak to Facebook, everybody seems to be embracing the world of blockchain in one way or another. Now, there’s an all-girl pop group from Japan’s Cinderella Academy to evoke cryptocurrencies and declare themselves ‘Virtual Currency Girls’. Yes, that’s exactly what the world needed. A cryptopop group. Thank you, Japan.

According to reports, each member of the ‘Kasotsuka Shojo’ pop group symbolizes a different cryptocurrency by wearing a different mask. The girls recently held their first concert in Tokyo where payments were only accepted via cryptocurrencies. While we cannot confirm it independently because neither me nor any of my colleagues speak Japanese, Quartz is reporting that the group’s first song is “a lecture on online security and watching out for fraudulent crypto businesses”.

You’ll have to admit that the tune is catchy. Some of us who have followed the growth of cryptocurrencies from its early days are torn between feeling good about being vindicated in our faith in the technology, and feeling annoyed at cynical efforts by just about every one to strike the iron when its hot.

To be honest, though, not everyone is looking to strike the crypto-iron no matter how hot it gets. Certainly not, Warren Buffet.