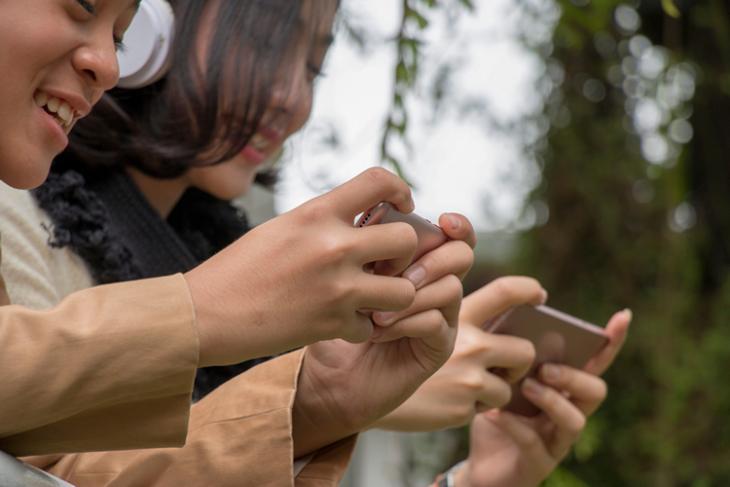 Breaking all gender stereotypes, a recent survey report suggests that women tend to play mobile games more than men in India. The survey involved 2000 smartphone users and as it turns out, almost 95% of women are active mobile gamers while the percent of men playing mobile games stood at a comparatively low 86%.

You might be wondering which game these women even play and spoiler alert, it is probably not your favorite ones. The majority of women mobile gamers are not much likely to play battle-royale games like PUBG Mobile or Call of Duty. Instead, they are interested in casual free-to-play games like Candy Crush, Word Puzzle, and Clash of Clans. Yeah, I would suggest you keep your hopes low for a female teammate when you enter a random squad in action games next time.

Unlike men, women don’t care about those in-game items that are available on demand. Women are less likely to make in-app purchases for additional perks and benefits. Well, I don’t get what’s the fun in playing a game without a super unique avatar anyway.

The report states that 66% of women prefer to install games with higher ratings on app stores like the Google Play Store and Apple’s App Store. The size of the game also matters to them, which I can totally understand and agree with. Game download decisions are even influenced by the recommendations of friends and family.

“Ranging from professionals playing mobile games in between breaks at work, or while on the commute, to women playing games at home amidst breaks from chores, to elderly women keeping up with technology, the demographic profiles of female gamers spans across age groups,” said Satya Mohanty, Head-User Research Practice, CMR.

40% of female gamers play games while they’re chilling on the bed while 30% of them play games while watching TV. Also, the ideal time for playing games is after dinner around 9 – 11 pm for women. Take a look at the below chart for a better understanding. 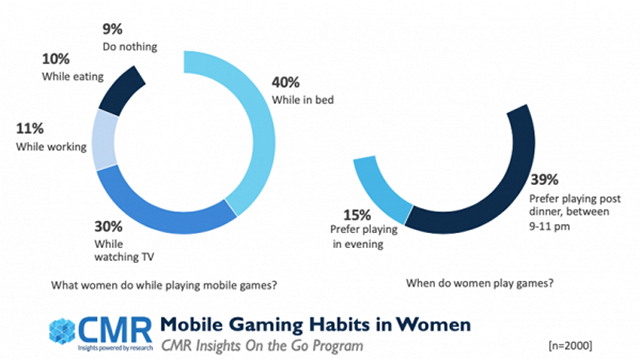 The rise of power-packed smartphones in the sub 20k margin is one of the key factors influencing the rise of mobile gamers. So, what do you think of this survey result? Share your thoughts with us in the comments. Also, if you’re planning to get a phone under Rs.20,000, do not forget to check out our video below.