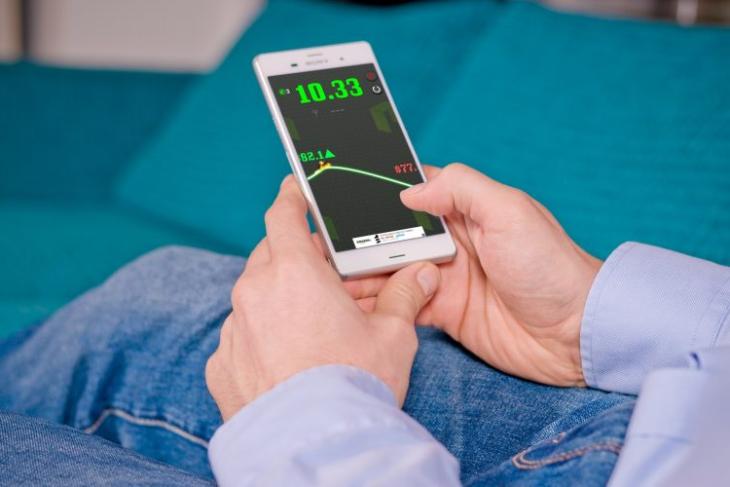 The cryptocurrency ecosystem has had a bumpy ride over the past few months. And we are not just talking about everyone’s favorite i.e Bitcoin, which climbed up to $19,000 only to take a steep plunge to $7,000. Other virtual currencies saw similar fluctuations, making most investors go berserk except for one who decided to find humor in this dire situation.

And this is where Crypto Rider steps in. It’s a 2D video game, of the line racing genre, that allows you to choose a car with a crypto-coin driver, and ride the price charts of both popular and lesser-known cryptocurrencies. It’s exciting and surely quite a creative way to take your mind off the falling prices, or to see the historical graphs of these coins. This is going to give you some perspective on what a rollercoaster ride it has been recently.

Talking about the game on Reddit, Daniel Fahey, founder, the creator of Crypto Ride and founder of SuperFly Games said:

I was fed up of watching the charts during the bear market, so I thought I would make something a bit light-hearted, to cheer myself and (hopefully) others up. 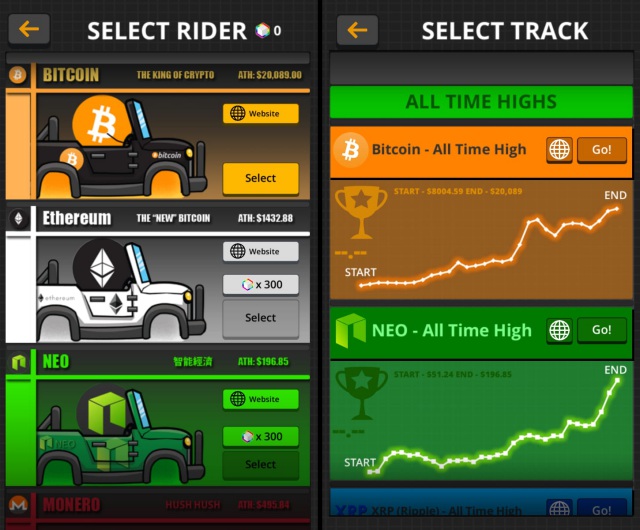 The sole aim for you is to ride the cryptocurrency graph, be it Ethereum, fledgling NEO or the meme cryptocurrency Dogecoin, from its inception to the peaks it reached earlier in the year. It has to be an uphill battle, but you can collect coins as you attempt to make your way through the crests and troughs in the price chart. This will enable you to unlock newer, faster cars.

Even though Crypto Rider is developed just to be fun, something you play on the way to work (which is the reason it has no music) but it has intuitive controls. You have to long-press on the screen to accelerate the car and keep holding your finger on the screen to perform flips and gain bonus coins.

The game is available to download for free on both the Android and iOS App Store, so you can go ahead and try out this unusual but entertaining take on the crypto market.