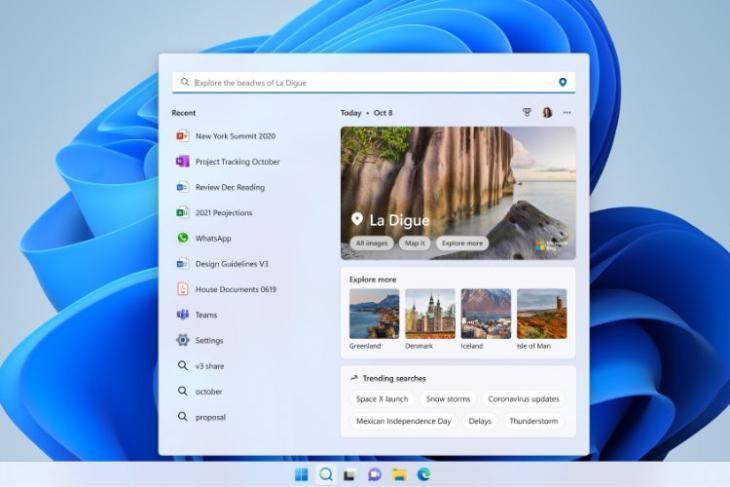 Microsoft has introduced the new Windows 11 KB5015814 cumulative update, which acts as a mandatory update for users. This update majorly talks about bug fixes but there’s one highlighting feature: Search Highlights. Here are all the details to know.

As mentioned earlier, this primarily includes Search Highlights, which will show notable and interesting information about any special day such as holidays, anniversaries, and other educational moments. This can be accessed by selecting the search icon on the taskbar.

This will work differently for enterprise and regular users. Regular users can see anniversaries, holidays, and more, while enterprise users can see relevant files, contacts, and more in the search UI. The feature was initially available as part of the Windows 11 Build 22572 for the Dev Channel, which was released in March. It was also introduced for Windows 10 users later on.

It also addresses security issues with the July Security Patch. Apart from this, the new update adds fixes for various issues like the one that redirects the PowerShell command output so that transcript logs do not contain any content. And also the one that restricts you from playing video clips in some games.

There’s also a fix for the issue that restricts Bluetooth connectivity for previously-connected audio devices when the device restarts, the issue that changes a user’s name of the Your Phone app to Phone Link on the Settings page, and more. You can check out the changes over here.

The new Windows 11 KB5015814 cumulative update is now rolling out to users and can be downloaded via Settings. You can also download it manually from over here. If you do, don’t forget to share your thoughts on it with us, especially about the Search Highlights feature. In case you want to disable it, we also have a guide on how to disable Search Highlights. So, do check that out too.