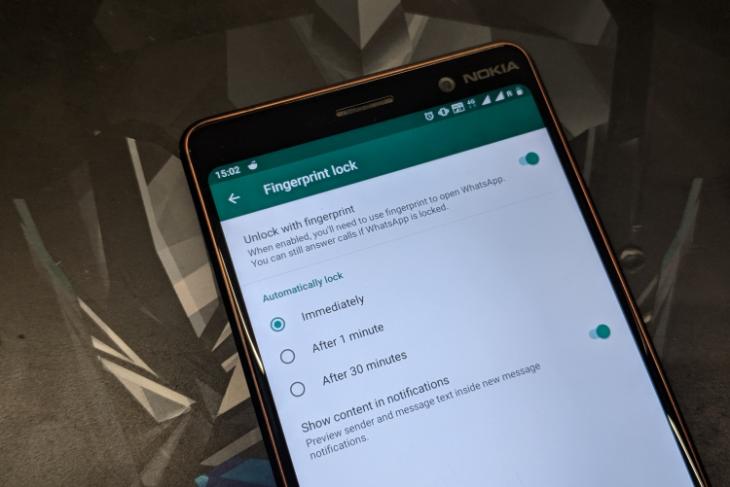 WhatsApp eliminated the need for third-party apps to safeguard messages from prying eyes by adding biometric authentication to its messaging platform. It was initially made available to iPhone users, enabling users to lock the app with Touch ID or Face ID. This feature has now finally trickled down to Android as well.

The messaging giant had been testing the “fingerprint lock” feature on Android for quite some time, but it’s been accessible only on the beta build. The latest stable update for WhatsApp has officially brought this privacy feature to the masses, adding an extra layer of security to your personal conversations. 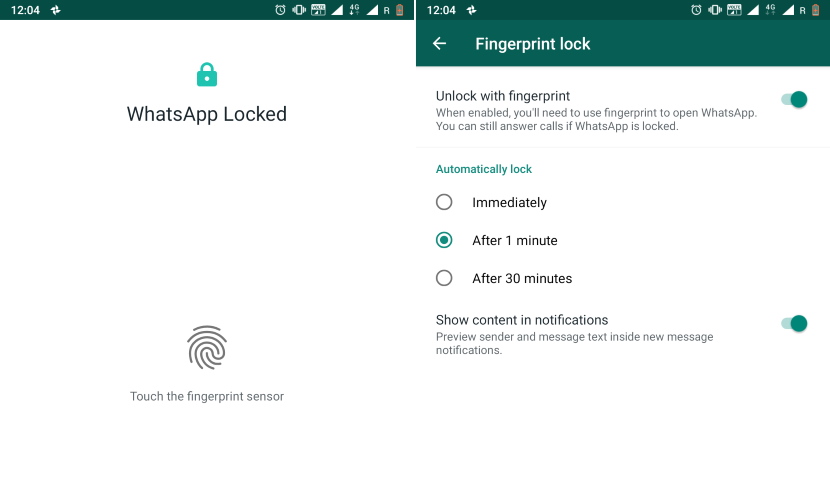 If you want to enable the fingerprint lock feature on your Android device, you can follow our in-depth guide for the same. You’ll find it sitting under the privacy settings menu, as can be seen above, and will give you the option to either show/ hide content from being shown in the notifications. The messaging app locking up every time you go back to the homescreen could be annoying, so an option to set 1 minute and 30-minute intervals.

This feature is currently limited to fingerprint sensors on Android. There’s no mention of face unlock being supported by WhatsApp to lock the app and hide away your messages. I’ve been using this feature to keep my personal life away from nosy people and well, it seems that now you can too. Have you tried out the WhatsApp fingerprint lock feature? Share your thoughts with us in the comments below.