WhatsApp — arguably the most popular instant messaging app in the world — has been sent a legal notice over the ‘middle finger’ emoji in its apps.

Gurmeet Singh, a lawyer practicing in city courts in Delhi, has sent the notice to the Facebook-owned company, asking it to remove the obscene emoji from the app within 15 days.

According to Singh, “…showing of middle finder is not only offensive but a highly belligerent, invasive, obscene, lewd gesture.” The notice went on to mention that as per Sections 354 and 509 of the Indian Penal Code, “…it is an offence to show obscene, lewd, offensive gestures to females. Use of a lewd, offensive, obscene gesture by anyone is hereby illegal also as aforesaid.”

Gurmeet Singh has threatened to file civil or criminal cases against WhatsApp, should the company fail to remove the obscene emoji from its app. 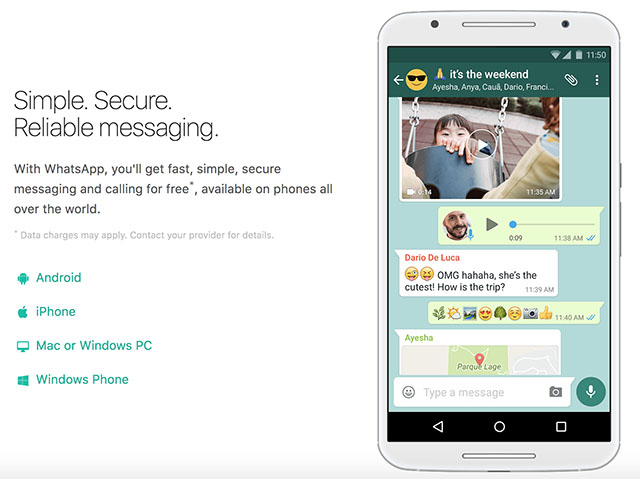 WhatsApp has not yet responded to the notice, but this is not the first time the messaging service has run into legal hurdles in the country. Last year, a petition was filed in the Delhi High Court against changes made to the WhatsApp Privacy Policy, allowing the company to share user data with parent company Facebook. That particular case has prompted the country to work towards forming proper regulatory protocols around services such as WhatsApp.

The problem is not even limited to India; last week, French privacy watchdog CNIL issued a notice to WhatsApp ordering it to stop sharing French user data with Facebook within one month. While CNIL agrees that the security purpose of sharing data makes sense, WhatsApp’s excuse regarding data sharing for Business Intelligence purposes is what the French authority is against.

WhatsApp had previously agreed to stop collecting user data from users in Germany, and the UK, so there’s precedent for similar agreements with other countries including France and India as well.