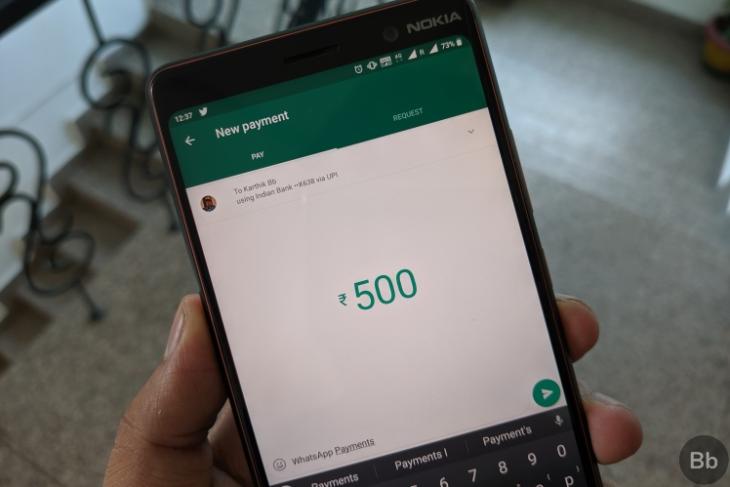 Facebook-owned WhatsApp will launch its peer-to-peer, UPI-based payments service in India later this year, the company’s Global Head, Will Cathcart, announced in New Delhi on Thursday. “To boost digital inclusion in India, we can launch the (Pay) service across the country later this year after meeting regulations”, Cathcart told the audience at an event.

The company had launched a test run of WhatsApp Pay with one million users in the country last year, but the final rollout got stuck in the digital payments framework guidelines.

India’s digital payments industry is estimated to hit $1 trillion by 2023, and according to a report by Omidyar Network and the Boston Consulting Group (BCG), nearly half of MSME (Micro, Small and Medium Enterprise) owners with annual business revenue between Rs. 3 lakh and Rs. 75 crore could potentially use WhatsApp Payments once it is fully rolled out.

According to Prabhu Ram, the Head of Industry Intelligence Group at CyberMedia Research, WhatsApp Pay would create a huge opportunity for the MSMEs to go digital. “Given the popularity and reach of Whatsapp in India, it is a given that WhatsApp Pay will make a strong dent on the payments ecosystem, and the incumbents therein”, he said. “WhatsApp Pay has the potential to take Paytm head on, and race to the top of the payments market in India”, Ram added.

WhatsApp currently has over 300 million users in India, with Facebook accounting for another 300 million. Once it starts peer-to-peer (P2P) UPI-based Pay service, the sheer numbers are expected to take it beyond Paytm, which last reported over 230 million users.