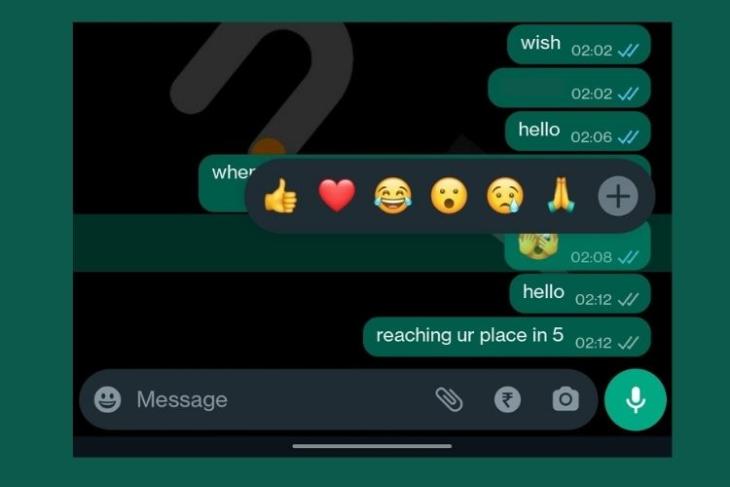 WhatsApp recently introduced message reactions after a lot of rumors and was also expected to get its first update in the form of more emoji options. This new functionality has now started rolling out to users as part of a new beta update. Here are the details to know.

The new update now includes all the possible emoji options that can be used to react to a message. To recall, the feature initially supported six emojis: thumbs up, heart, laughing face, surprised face, teary face, and hands together. This is similar to how one can react to a message on Instagram and Facebook Messenger.

All you need to do is long-press a message, which will bring up the emoji panel, and tap the ‘+’ option to find more emoji options to react. Anmol from our team was able to try out this new feature and here’s a look at it in action.

WhatsApp is planning to release the new feature to more beta users. So, if you haven’t got access to it, fret not. For non-beta users, you will have to wait a little longer to finally start using it. Since people can now try it, we expect WhatsApp to make the update official pretty soon. And don’t worry, we will update you once this happens.

In related news, WhatsApp is also expected to bring Avatars during WhatsApp video calls. The Meta-owned messaging platform may also allow people to send Avatar stickers soon. It remains to be seen when this happens. So, stay tuned for all the WhatsApp-related updates, and do share your thoughts about this in the comments below.