WhatsApp is one of the most popular cross-platform messaging apps, but that doesn’t mean that the Facebook-owned platform is taking things easy. The app continues to add new features on a fairly regular basis, and the latest update to the platform now brings a whole bunch of new features, such as group description, search for group members directly from the Group Info screen and in-call switching between voice and videos by tapping on a button.

Beta users of the app will already be familiar with most of these features as they had all been rolled out earlier to beta versions of the software. For example, the option to add a description to a group was initially introduced in WhatsApp beta version 2.18.54 on Android. The description can be up to 512 characters, and users will be able to add group info by tapping on the ‘Add group description’ option that will be available below the group name on the group info screen, as seen in the image below. 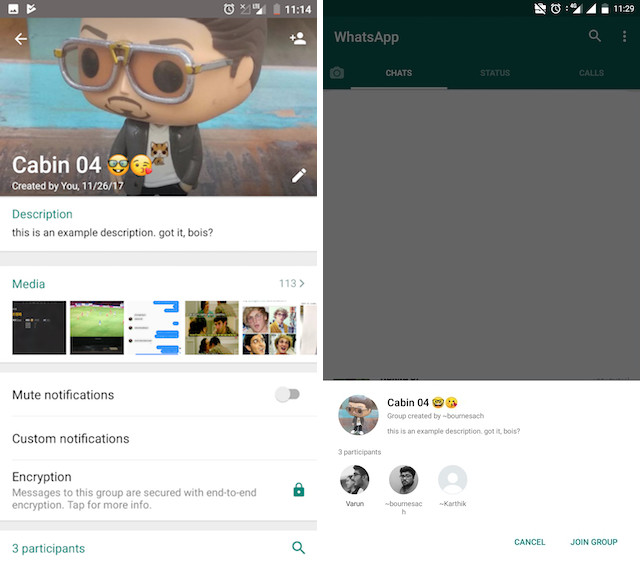 The updated WhatsApp for Android also comes with a search bar on the group info screen, enabling users to search the names of group member, which will certainly come in handy for large groups. The feature rolled out on iOS just a couple of weeks ago.

Last, but definitely not the least, the latest version of WhatsApp finally brings the ability to switch between voice and video calls seamlessly. The feature can be enabled by tapping on a button that will appear throughout the duration of calls from now on, and will allow easy switching between video and voice. It was first rolled out to WhatsApp beta for Android (v2.18.4) last January, followed by WhatsApp for iOS last month.