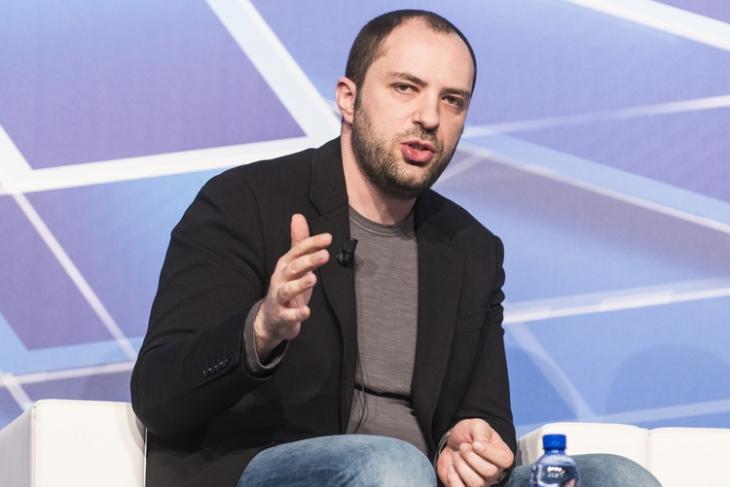 WhatsApp co-founder Jan Koum has decided to quit Facebook and the world’s most popular messaging app that he created with Brian Acton.

Koum has not revealed why he’s quitting in the Facebook post that confirmed his departure. However, a Washington Post report says Koum is exiting after conflicts over data privacy and encryption. The publication printed the story before Koum’s post, so it’s likely that Koum announced his exit publicly only because of the report.

WaPo’s report says Koum clashed with Facebook after WhatsApp was forced to change its Terms of Service to use data from WhatsApp users, a few years after the messaging service was purchased by Facebook. This went against everything Acton and Koum stood for when they created WhatsApp. The duo never wanted data which is why they kept the login process easy and never asked for too much information in terms of creating a profile. However, Facebook wanted to change all this. 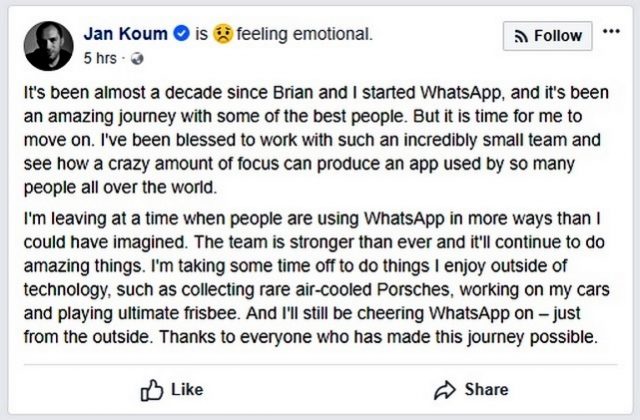 Koum will not only leave his current position as the chief of WhatsApp division at Facebook, but will also vacate his seat on the company’s Board of Directors, a move that might deny him around $1 billion in stock awards. However, it appears that the Cambridge Analytica scandal did not play a role in Koum’s departure, as internal sources have revealed that he made up his mind even before the controversy erupted.

Another source told Washington Post Facebook wanted to make it more convenient for businesses and enterprises to get data for advertising by integrating WhatsApp into Facebook’s versatile data collection tools and adding to its massive reach. But top executives at WhatsApp believed doing so would require compromising the end-to-end encryption which was added in 2016. Koum was reportedly disappointed with how Facebook had quickly turned back on the promises it made when it was acquired, and ultimately decided to quit.

Replying to Koum on Facebook, Mark Zuckerberg said,“I will miss working so closely with you. I’m grateful for everything you’ve done to help connect the world, and for everything you’ve taught me, including about encryption and its ability to take power from centralized systems and put it back in people’s hands. Those values will always be at the heart of WhatsApp.”

Koum already told top executives at Facebook about his departure months before the announcement, the report said and his visits to WhatsApp’s offices on Facebook’s campus became less frequent.

Koum’s departure comes as a huge blow for Facebook, as sources say his exit has created a wave of demoralization among current WhatsApp employees, and there could be an exodus when their contractual service terms allow them to leave to cash out their stocks and leave Facebook in November.