If someone tells you that the best thing about Android over any other smartphone is its customization skills, he is absolutely right. We, Android users always brag about the kind of freedom we get on Android OS. Changing the lock screen, getting custom widgets, live wallpapers, changing the notification panel. There are so many things one can do on the Android that is locked in other mobile operating system like iOS and Windows 8.

However that’s just the beginning. Once you root your device you get far more scope of experimenting with your device and get things done which were not possible on the stock level of Android. The kinds of mods you can install on rooted Android phone takes the mobile user experience to a whole different level. If root was not enough for some users, they used to flash custom ROMs to their phones to get exclusive features. But installing or flashing custom ROMs involves too much of risks for a normal end user as it might leave your phone stuck in boot loop or even bricked. 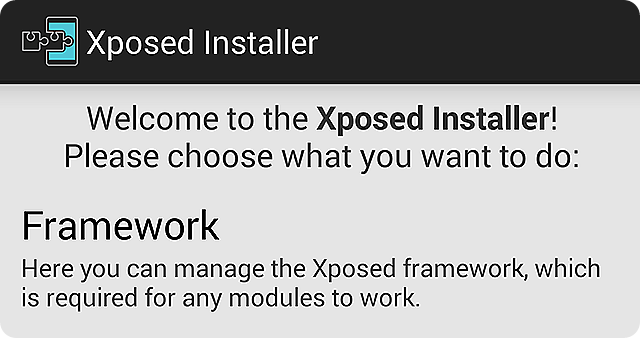 As installing ROMs and that too more than one every week was quite a task, developers came up with a different solution and thus came into existence, the Xposed Framework. The whole idea behind the Xposed framework is to get all the features and customization option you would get after installing custom ROMs without installing one. So, let me tell you everything you might want to know before installing Xposed Framework on your phone.

What Xposed Framework is and How it Works

Xposed Framework is like a set of codes that you can install on your rooted Android phone. The framework is like a portal. It itself doesn’t do too much, but gives you a bridge using which you can install different mods and get awesome features on your Android. Xposed is a framework for modules that can change the behavior of the system and apps without touching any APKs. 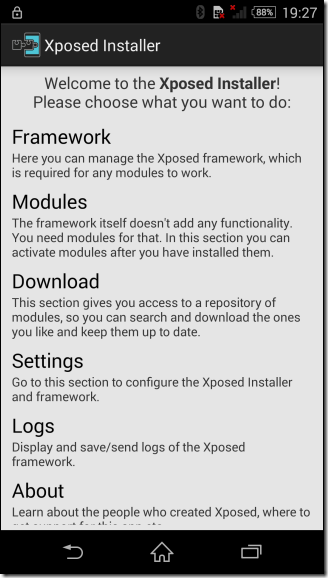 Now, as the framework never relies on any APK on the phone, it means that you can install it on almost any rooted phone. Also, as the changes made to the phone is an independent code that was installed on the Xposed Framework, reverting the changes is as easy as uninstalling an app. Multiple modules can work for same system settings and change it independently. So, like you want to control your hardware keys while playing songs and also while reading the eBook, you can do it easily using Xposed Framework.

Xposed Framework will require root access on any phone and thus install itself as a System app. Now any module you install on this framework will extend itself to the system files and make the necessary changes without flashing third party APKs and ROMs.

The Xposed Module can be installed on Android rooted phone running on Jelly Bean to Android 4.4 KitKat. Xposed is supported in Android Lollipop also, but only works on ARM processors at the moment.

Before you begin the installation, I would suggest you do a Nandroid backup. It’s always good to play safe just in case. Having done that, sideload the Xposed Framework APK from the Xposed Repo and install it on your Android. Make sure the untrusted source is checked in the Android security Settings. 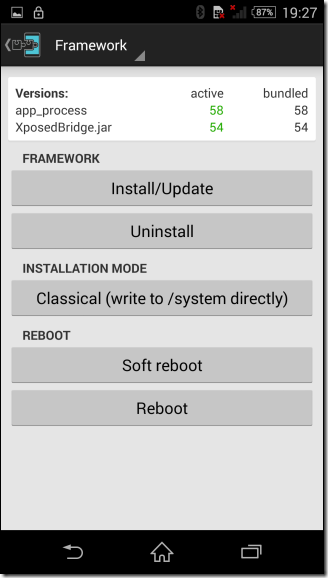 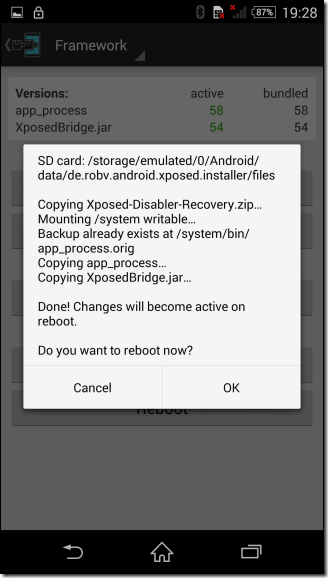 After you have installed the APK, launch the Xposed app and navigate to Framework. Here, tap on the option Install/Update and the Xposed Installer will will write the files to the system files. You will be asked to grant root permission to the installer. Once done, you would be asked to reboot the device. Continue and reboot the phone. It might take some time for the phone to boot as the changes will be made to system level. Once the phone reboots, you are good to go. Let’s now see how to install modules.

Installing and working with Module

Soon after have working Xposed Module, open the Download option in Xposed Installer. Here you can search and download any modules compatible with Xposed Framework. These modules will work on framework and provide you features and customization of a whole different level. You will be shown the download button once you swipe to the download section. You can also download these modules from other sources and sideload them. 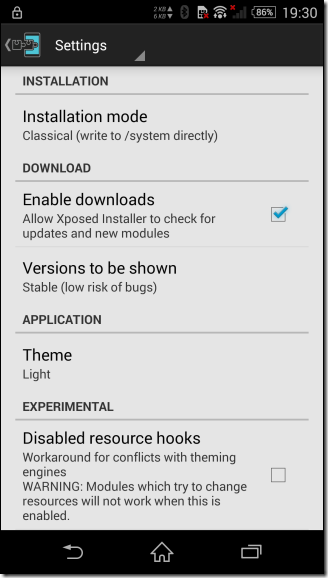 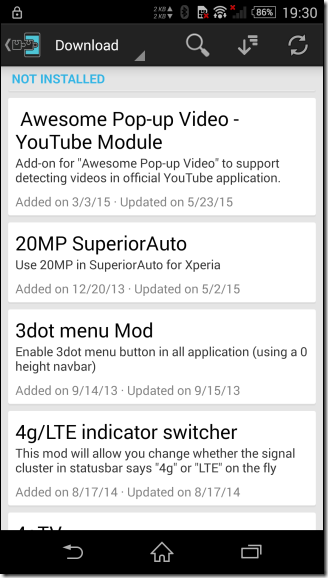 By Default, only stables module will be shown in the list, but you can choose to include the ones in beta and experimental stage by changing the Xposed Module global settings. Once the modules are installed, you can activate and access them from the Module section in Xposed Installer. However each time you install and activate a module a reboot would be required before you can start using it. 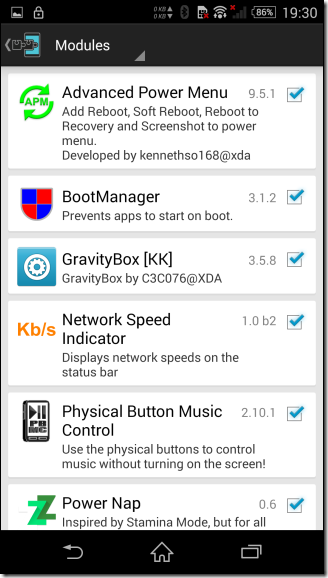 The Best Modules to Get Started

I know you must be excited to install Xposed framework on your phone, but are you not sure which of the modules you must try out first. Well, don’t worry, we have taken care of that as well for you. Check out our list of top 10 Xposed Modules you must install on your phone today. Also that’s not all, keep coming for more of such awesome discussion on Xposed where we would discuss about new modules to mod your phone.

SEE ALSO: How To Disable Bloatware Apps From Android

So, that was almost everything for you to know before you can dive into the world of customization and modding using Xposed Framework. If you have any doubts, you can reach me using the comments section. I would be happy to clear any doubts.

How to Install Xposed Framework on Android Oreo Devices