Skip to content
Home Gaming What Is Xbox One X Enhanced and How Does It Affect You?

The Xbox One X is clearly one of the most anticipated releases of the year. Boasting of superb raw specs, it certainly does give the consumer a lot to imagine in terms of its performance. One of the most noticeable features of the Xbox One X is “Xbox One X Enhanced”. Many users are confused as to how this plays along with 4K and HDR, and whether all games support these modes or not. Well, fret not, for if you’re baffled by the same doubts, read on, as we discuss what Xbox One X Enhanced is, and what it really means for the gaming community:

What is Xbox One X Enhanced?

Officially, Xbox One X Enhanced is simply a tag that has been given to a game. It translates to mean that the developer team behind the game has put in efforts that allow the game to take advantage of the massive horsepower that runs the Xbox One X. As stated by the Albert Penello, the official marketing manager for Xbox, “It’s just a simple way that customers can understand this game is doing something special on the Xbox One X.”

It is up to the developers to decide how to leverage the power of the Xbox One X console according to their games. Depending upon their preferences, the game can be 4K, HDR, and/or Xbox One X Enhanced.

What’s the Difference Between 4K, HDR, and Xbox One X Enhanced?

For example, Rise of the Tomb Raider will be featuring various modes within the game. It will include an enriched mode for more advanced textures and more lush environments. The game will also be featuring a 4K native mode. Similarly, Gears of War is going to be upgrading their game using the 4K assets they previously presented on the PC version. Thus, pushing the game to a native 4K. Another Xbox Exclusive, Forza Motorsport 7, will be pushing the bar, with native 4k at 60 frames per second, coupled with high-resolution textures. “So games are gonna go different things, but all of them fall under the banner of Xbox One X Enhanced.”

What All Games Will Support Xbox One X Enhanced?

Currently, Microsoft has officially announced over 100 games that are going to be “enhanced” for the Xbox One X. Most of these games are already owned by the user community. Thus, the moment the user makes the switch to the next-gen Xbox One X, their pre-owned games will automatically be updated with the new features for free. Furthermore, since Xbox One X Enhanced is essentially a tag for available resources, whenever the developers behind a game decide to upgrade their existing games, the user will get the update for free as well. 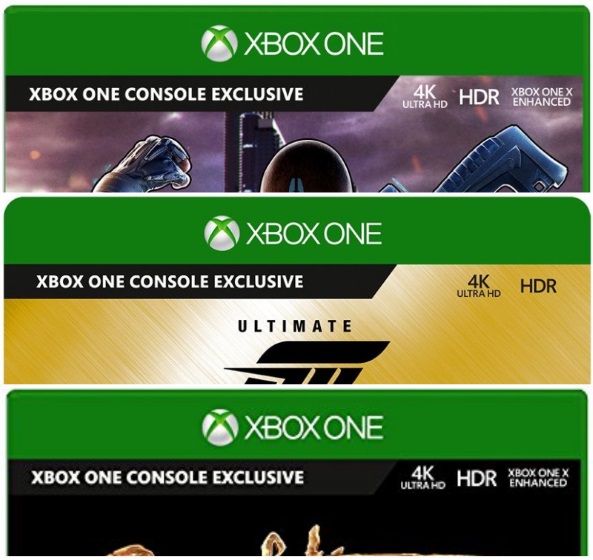 While Microsoft promises that the games will have tags for what features they are utilizing while purchasing them from the digital store, the company has also made it easier for users opting for a digital disc. The team will be updating their packaging with the new logos that communicate Xbox One X Enhanced, 4K, and HDR. Thus, you can easily spot it on the box while purchasing the game from your local store.

What If I Don’t Have a 4K Display?

Now while all of this sounds great, there is a possibility that you still might own a 1080p display, and aren’t sure of upgrading to a 4K display just yet. Does the Xbox One X come off as a useful upgrade for you in that case? Absolutely! One of the major features that Microsoft has included on the Xbox One X is called supersampling, which basically scales down all of the 4K data and image quality to a 1080p screen. Thus, users with 1080p screens will still get the benefit of the advanced textures, the faster framerates, the higher quality imagery, even if they’re not displaying it in native 4K. Effectively, a 1080p supersampled image is a huge improvement over a native 1080p image.

Furthermore, the Xbox One X comes with a 50 percent faster hard drive. This directly translates into snappier load times. Additionally, while there are games that may not feature the Xbox One X Enhanced tag, they’ll still benefit from the X’s resources nevertheless. Thus, even if you haven’t yet picked up a 4K TV yet, there are still a bunch of reasons to upgrade to the Xbox One X.

Powerful Gaming With The Xbox One X Enhanced Program

The Xbox One X is clearly shaping up to be the most powerful console in terms of raw specs. On top of that, the Xbox One X Enhanced program brings a lot more to the table. It promises literally the best versions of the games. That being said, the real-world performance still remains to be seen. We’ll soon be doing a review of the Xbox One X to update you on that. In the meantime, why don’t you let us know your thoughts on what the console, and whether you’ll be purchasing it or not, in the comments section below.