Skip to content
Home Mobile What is Diamond Glass and How Will It Protect Smartphone Displays?

Most of us share stronger connections with our phones that we do with other human beings. So naturally, finding yourself in the middle of a split-second situation before your smartphone hits the ground facing downwards is a dreadful experience. Although having to deal with the dearly cost of getting the screen replaced is troubling – unless you’re rich enough to smash phones for fun, among other sensations that engulf us is fear of not being able to engage with your friends over social media, capturing delightful moments on pictures, and basically losing touch for the few days until our phone gets repaired.

While smartphone companies have constantly attempted to secure screens (and other glass parts), there lacks a solid way which lets you safely drop your phone and not worry about ending up with shards of a broken heart. But what if there is a way to ensure that we don’t deal with such feelings? Not until long, because silicon pioneers are now banking on a new technology to make screens as much as ten times tougher and more resistant than normal glass. Akhan Semiconductor is developing a screen made out of the hardest material known to man and loved by women – diamonds.

What is a Diamond Glass Display?

Diamonds are no longer confined to their reputation as expensive gemstones. In fact, the semiconductors industry has been planning to replace silicon wafers with finely crafted chipsets made out of synthetic diamonds. Akhan, which has been promoting the use of diamonds in union with silicon, is working on a display glass which uses arrays of nanocrystals of diamond to form a sheath of transparent glass-like material. These crystals are randomly arranged in a three-dimensional lattice instead of being lined up on a plane and this prevents the glass from immediately cracking when it strikes a hard surface.

Diamonds typically offer great resistant to electric current and to enable conduction through diamond glasses, pure diamonds are doped with boron to create p-type semiconductors. This is inspired by the naturally-occurring blue diamond which contains boron as an impurity that makes it a conductor of electricity.

Akhan has not clearly elaborated how it plans to implement the technology to prevent competitors from hogging on its novelty, but it is safe to believe that the glass will not be made out of synthetic diamonds completely – it is more likely to be used a protective layer atop traditional glass like other chemical treatment solutions such as Gorilla Glass.

How Does Akhan’s Diamond Glass One Up Other Options?

Gorilla Glass is a trademark owned by American ceramics and glass company Corning and is made by dipping sheets of glass made out of silicon and aluminum into a chemical coating. This chemical used for coating binds glass more firmly and allows it to bear sudden drops much better than conventional glass. Over the years, since its launch in 2008, Gorilla Glass has been slimmed down and toughened at the same time to match up with the pace of aesthetic evolution of smartphones. The latest i.e. fifth generation Gorilla Glass comes with a special coating that keeps microbes from nesting on your smartphone’s displays.

Therefore, Gorilla Glass can be seen as a traditional glass which is toughened on the surface. Once the forces are enough to rupture the top layer, it is as easy to shatter as a normal windowpane. Diamond Glass on the other hand, because of the strong binding bonds between crystals of the diamond lattice is expected to have much more resistance to stress. Further, the company claims it to be up to ten times harder and less prone to strain than regular non-strengthened glass.

A recent development in the area of glassblowing is that of Sapphire Crystals. Not very recent actually since the technology is used to toughen glasses used in spacecrafts so that it bears the significant pressure difference, used for making professional camera lenses and luxury watches, and even screens of extravagant phones made by Vertu. It is, indeed, recent when it comes to more commonly available smartphones and was lately boasted by HTC on the last year’s flagship HTC U Ultra. Apple also uses thin Sapphire coatings to protect cameras and home buttons but has not dared to implement the technology on screen – one of its suppliers went bankrupt trying to achieve that.

But even Sapphire, claims Akhan CEO Adam Khan, bows down in front of the Diamond Glass. While the crystals are individually strong, they lack strong bonds in between them that Diamond Glass exhibits; the same reason that backs diamond’s reign as the strongest material. Sapphire, along with rubies, belongs to a class of mineral gems called corundum which ranks second on the Mohs scale of hardness only to diamond. It is also easier to fabricate thinner and wider layers of Diamond Glass than Sapphire Crystal, giving it an edge over the latter.

What Could be Some Potential Applications of Diamond Glass – Other Than Smartphone Displays?

Glass is used abundantly and Diamond Glass could enrich some of the applications which require toughened glass. From fine dinnerware to transparent car engines, my mind is rife with imagination, but some of the applications with a more practical perspective could include tougher screens, irrespective of the gadget. These screens could be used on a variety of devices – from smartphones to huge televisions.

Other uses on smartphones include toughened camera covers and lenses which could be made scratch and breakage-proof using Diamond Glass. 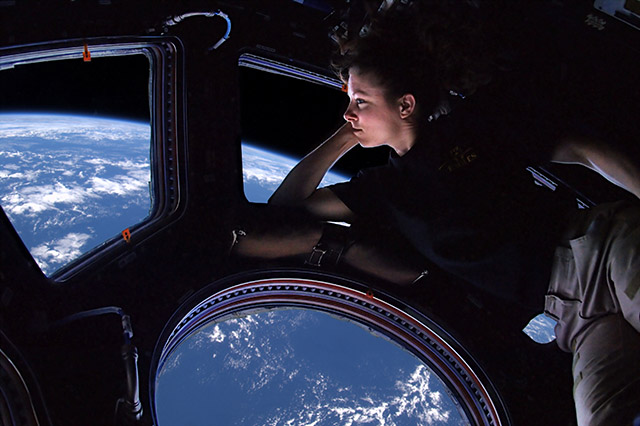 Another major development could be for automobiles and buildings. Besides hardness, another property of diamonds that supports the idea is its ability to conduct heat effectively. This could be used to keep dissipate heat trapped due to the greenhouse effect and keep cars, homes, and offices cooler. It could also be used to keep smartphones and other gadgets with screens cooler.

Further, with the pace of space exploration, it is wise to expect that glass toughened by a sheath of diamonds could be used for spacecrafts meant to show you around the universe. It could also be used to make autonomous cars safer than we know them.

Will Diamond Glass Make Smartphones More Expensive? Most Likely, It Will!

With the amount of labor, both – human and robot, that goes into developing synthetic diamonds, the piling costs of the new age glass technology are inescapable. Further, to attain popularity and be applied on at least top-of-the-line smartphones if not as widely as Gorilla Glass, Akhan Semiconductor must sell this for several million devices within a short span to crack an early breakeven. For a successful proliferation, Akhan would be needed to sell the technology to a wide range of OEMs.

Khan says that the price of the glass panel could lie in close proximity to the ShatterShield technology by Motorola. The Lenovo-owned American smartphone company touts this technology to “beat gravity” with a guaranteed shielding against shattering. For this, Motorola uses five layers of protection. The glass technology secures flagships like Moto Z Force, Moto Z2 Force, and Moto Droid Turbo 2 and each panel is expected to cost between $40 to $120 to Motorola, depending on the phone.

When Will Smartphones with Diamond Glass Arrive?

Akhan has been marketing various applications of diamond as semiconductors since 2016 and earlier assured that the technology could come to devices by the end of 2017. Sadly that didn’t happen and the company now predicts it could produce a decent stock of production-ready Diamond Glass panels this year so that we have devices – or at least one – by 2019. As of now, there is no way to verify these claims. While expecting them to arrive as per schedule this time could be seen as wishful thinking, we really hope the company’s assembly line does not hit a snag.

Which Brands Could Use the Diamond Display?

The company is extensively engaged in testing these displays with phone makers and is likely to sell it to a single brand per category for one simple reason – exclusive bragging rights. Initially, the company is limiting its reach to smartphone manufacturers but could extend its roots into the market of wearables once this foray is successful. Which brands could use the technology is difficult to ascertain, but it would be brand that makes lesser number of devices and banks largely on its display technology.

While one of the obvious guesses is Apple, it is safe to presume Samsung vying to implement this on the Galaxy S10 or SX – whichever rows Samsung’s boat. Further, if Razer hits off well with its smartphone gig, we might witness Diamond Glass protecting the glorious 120Hz screen on the Razer Phone 3. Sony is known to cram high-resolution panels in small sizes and could be among the brands Akhan is planning to partner with. Other names that come to mind are Huawei and Xiaomi which have lately been on the track to topple mightier competitors. Keep the guesswork flowing, tell us which brands you expect to use the Diamond Glass screen.

To mitigate the problem of breakage of screens, Motorola took a route opposite from Akhan. Instead of stiffening the display, Motorola’s idea of an unbreakable display involves flexibility and some inspiration from memory foam. In August last year, the company patented a “shape memory polymer” which could be used to repair damaged parts of the screen by applying heat. Compared to solutions like Sapphire or Diamond Glass, Motorola’s solution is much cheaper. Motorola envisions that at later stages, heat from human body could be enough to fill into these breakage gaps.

Furthermore, a serendipitous accident recently led scientists at the University of Tokyo to discover a polymer known as “polyetherioureas” that can be repaired by simply pressing and doesn’t require heat. This could also be, as the scientists confide, can be used in smartphones and other devices that use glass panels.

Are you ready to be dazzled by Diamond Glass displays?

As someone who has gone through the pain of watching multiple smartphone screens shatter, it simply amazes me to see that we might soon run into a holy grail of unbreakable smartphone displays. But as with other technologies like Gorilla Glass and Sapphire glass displays, the commercial idea could be less effective than how it is being marketed and that is something that we can only see after the launch of Diamond Glass in 2019.

If it really puts an end to display cracking, I hope most users would not mind paying a premium to secure their devices from nasty and unsightly screen cracks. Some others will argue in favour of repair programs like Apple Care but with many companies struggling to provide services, especially in developing countries where smartphone adoption is slowly picking up, having a foolproof solution like the Diamond Glass makes much more sense to me. So we might finally have diamonds be called best friends to both women and men alike.

Do you think diamond will be the perfect companion for butterfingers? Let us know in comments below.

Smartphones with Diamond Displays Expected To Debut in 2019