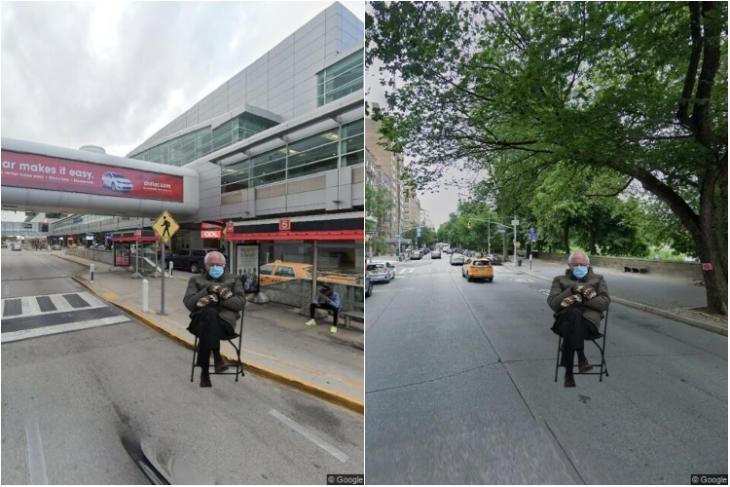 Following the new US President, Joe Biden’s inauguration ceremony, internet folks spotted the former presidential candidate and Vermont Senator, Sen. Bernie Sanders calmly sitting on a chair. Soon after the discovery, memers filled the internet with images of Sanders in various settings creating a flood of Sanders memes (this is not the first time Sanders has been the talk of the internet). Well now, there is a dedicated website that lets you put the Senator anywhere in the world, as long as the location or address is available in Google Street View.

As the Sanders memes started gaining momentum on the internet, an NYU Masters student and part-time web developer, Nick Sawhney, created a website to generate Bernie Sanders memes. The website, dubbed “Bernie-sits”, is a pretty basic one where you can search for any location and the website will put Bernie and his chair right in that address or location with one click of a button. 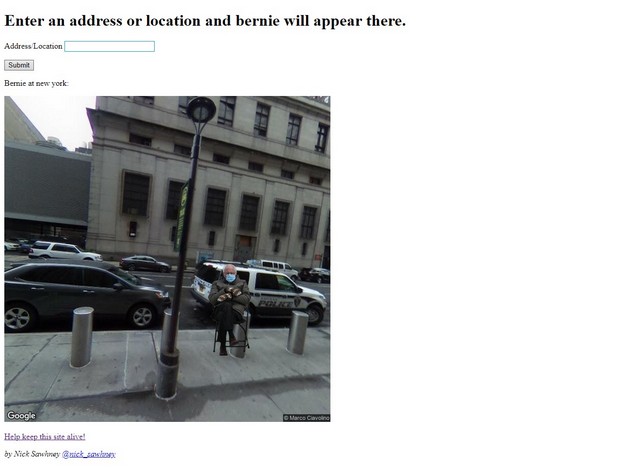 The website is actually a meme generator and fun project created by Sawhney to generate images of Bernie sitting in weird or unusual places. It uses Google’s Street View API to fetch the images of the locations and addresses. It then super-imposes Sanders and his chair on to those images. So, do keep in mind that you cannot put Bernie in any location in the world. Just the ones that are there in the Google Street View database.

Now, due to the recent popularity of the site, many people are visiting the site to create their own Bernie Sanders memes. As a result, the website sometimes becomes a bit slow to generate the images. Moreover, Sawhney says that Google charges a small amount every time someone uses its Street View API, and as a grad student, it is becoming difficult for him to keep up with the cost of maintaining the site. So, if you want to help out the young developer, you can “buy him a coffee” (donate) on his support website.