Skip to content
Home Reviews Vivo NEX Gaming Review: Up There With the Best

Chinese smartphone major Vivo recently launched its truly bezel-less flagship, the Vivo NEX in India at a competitive price of just Rs. 44,990, featuring top-of-the-line specifications that justify its flagship status. The smartphone packs in a Qualcomm’s latest and greatest Snapdragon 845 SoC coupled with 8 GB of RAM, and 128GB of internal storage. From the looks of it, the Vivo NEX definitely appears to be a powerful flagship, but how does the device actually perform in real world use and, most importantly, while gaming? Well, in order to find out, we put the Vivo NEX to the test and played quite a few games on the device, especially ones that push the included hardware to its limits. So, let’s jump right into the review and find out how the Vivo NEX fares while gaming:

Before getting on with gaming, we stressed out the hardware by putting it through some of the standard benchmark tests to get an approximate idea of how the device stands in comparison to other flagships in the market, including the OnePlus 6.

In our testing we found that synthetic benchmarks were just a piece of cake for the Vivo NEX and it performed exceptionally, scoring the highest among other flagships in AnTuTu while keeping up with the lot in Geekbench 4 and 3DMark. The device managed to score an impressive 286185 in AnTuTu, leaving behind the OnePlus 6 and the ZenFone 5Z which secured 284642 and 270031, respectively. However, the Vivo NEX still lags behind the Xiaomi Black Shark, which tops the AnTuTu chart with an astounding 288222. 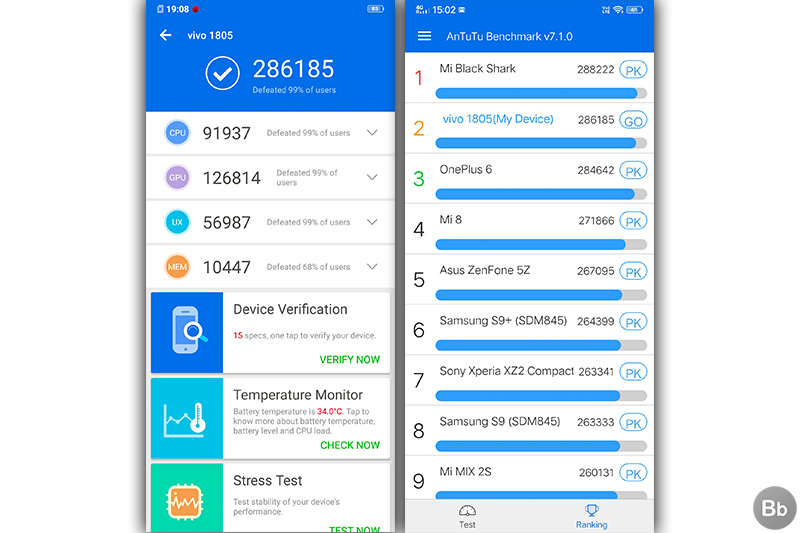 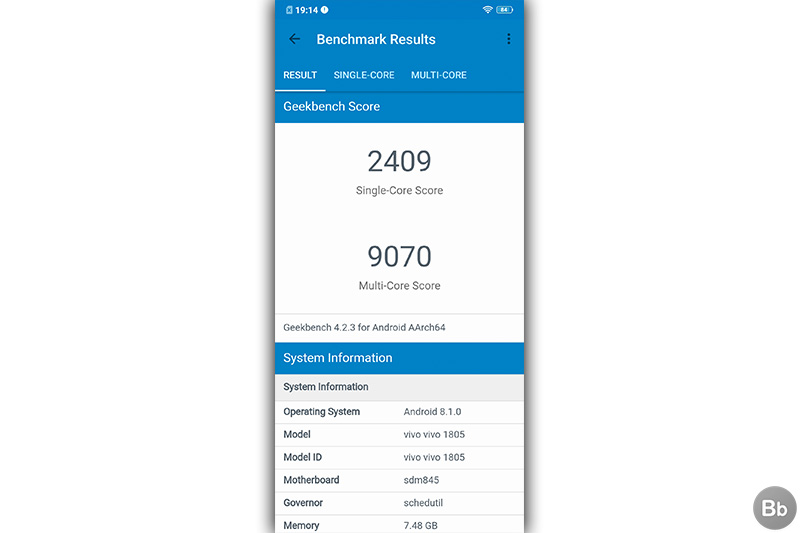 Going with the flow, we also ran 3DMark on the Vivo NEX and we were pleasantly surprised by its performance. The device scored 4326 in Sling Shot Extreme – OpenGL ES 3.1 and 3265 in Sling Shot Extreme – Vulkan. While the NEX’s scores were quite respectable, they weren’t as good as the Xiaomi Black Shark or the One Plus 6 which took the first and second spot on the leaderboard. 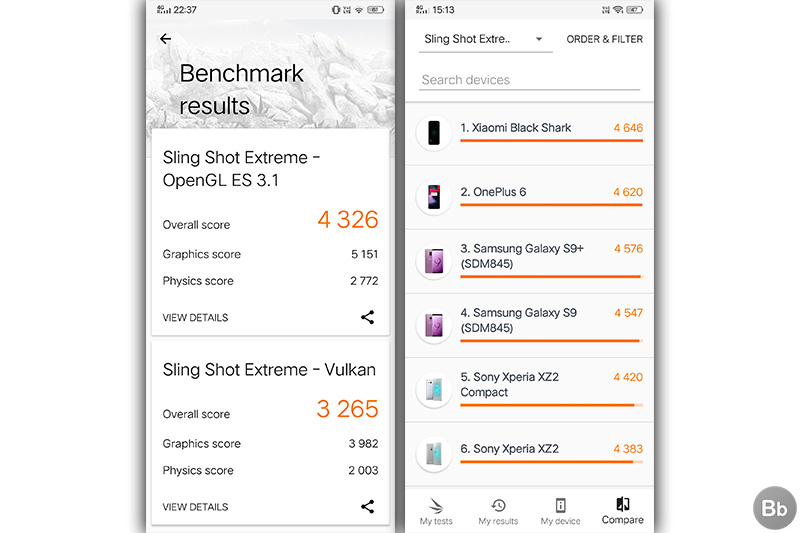 While synthetic benchmarks are great for the preliminary assessment of any device, they don’t quite draw the complete picture about its performance. In order to test the real world performance, one has to use the device extensively and since this is a gaming review, we did just that. I played the popular PUBG Mobile, Modern Combat 5 , Asphalt Xtreme and NFS No Limits to test out the performance, and the results were pretty great, to say the least.

In PUBG Mobile, the Vivo NEX ran the game at the highest graphical setting available without breaking a sweat. The game automatically selected the HD setting under graphics with the frame rate set to high and the style set to classic, but I pushed it even further and the set the graphics settings to HDR, the frame rate to ultra and the style to realistic, completely maxing out everything that I could.

Despite running the game at a higher setting than advised, the NEX ran PUBG beautifully and I didn’t see any frame drops or stuttering. I played a bunch of matches back to back, which did heat up the device a bit, but that didn’t have any adverse affect on its performance.

Up next, I powered up Asphalt Xtreme on the device and once again, the Vivo NEX had absolutely no issues running the game at max graphical settings. The game loaded up quickly and I played a couple of races, doing everything I possibly could in game, and the phone’s performance remained buttery smooth. I didn’t face any heating issues while playing Asphalt, so I guess it doesn’t push the hardware as much as PUBG Mobile.

I moved to Modern Combat 5 next and unsurprisingly, the NEX powered through this game as well. The game automatically selected the maximum graphical settings available and ran continuously without a hitch in my hour long gaming session. Everything ran smoothly and to my surprise, the device still had Asphalt running in the background so I quickly switched back to driving cars without skipping a beat.

Finally, I played NFS No Limits on the device and at this point I’d come to expect that the device would be able to run this game as well without any problems. Yet again, the Vivo NEX delivered and ran the game at max graphical settings without breaking a sweat. In all honesty, I thoroughly enjoyed gaming on the Vivo NEX as it not only performed quite well, but its beautiful bezel-less Super AMOLED display delivered a much more immersive experience than other competing flagships.

SEE ALSO: Vivo NEX Review: Packs One Surprise After Another

The Vivo NEX is most definitely among the best when it comes to performance and the smartphone delivers great results in both synthetic benchmarks and gaming. The phone has the capability to easily handle anything and everything you throw at it, however, it does get a bit warm to the touch when it’s subjected to intense load over a long period of time. Despite that, the device keeps going and doesn’t throttle at all. Adding on to the smartphone’s epic performance, the vibrant bezel-less display provides an immersive gaming experience and just the fact that it doesn’t have an intrusive notch makes it one of the best smartphones in the market to play games. Priced at Rs. 44,990, the Vivo NEX is a compelling buy if you’re looking for a smartphone that doesn’t skimp out on the performance front.

Vivo NEX Will Reportedly Be an Amazon-Exclusive with Launch Price of Rs 48,990