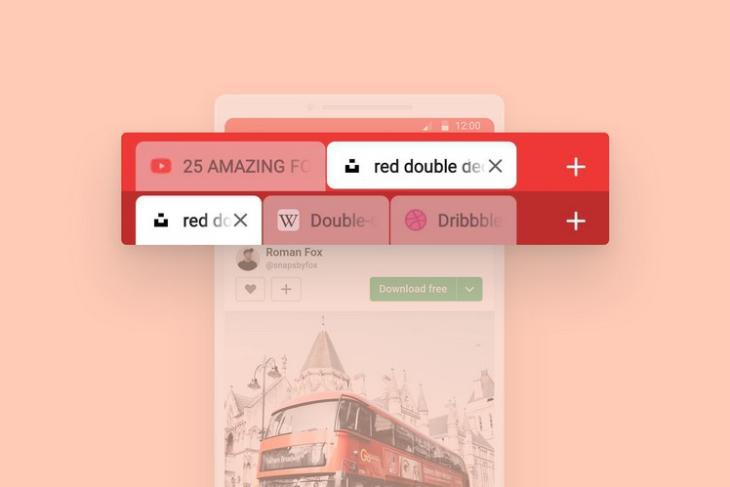 Earlier this year, we saw the popular web browser Vivaldi add the two-level tab stacks feature for easier tab management. Now, owing to the popularity of this unique feature, Vivaldi has now expanded it to Android users as part of the latest 5.0 update. The new update also introduces a few other features, including a new UI for tablets, and more.

Vivaldi, via an official blog post, announced the new update for Android users. Starting with the Two-Level Tab Stacks feature, it allows users to create two rows of tabs for better tab management. The secondary tab row will be placed under the existing one. Usually, when multiple tabs were stacked into a group, they open in the same row as the existing tabs. Hence, the feature helps avoid the cluttering of active tabs and allows users to easily access the ones they want.

The Two-Level Tab Stack feature in Vivaldi’s mobile app works similarly to its desktop counterpart. Users can long-press the New Tab button to create a tab group/ stack in Vivaldi. Once the stack is created, the corresponding tabs under the tab group will be displayed in a second row below the original tab row on Android devices.

Another way to create a tab stack in Vivaldi is to drag and drop new tabs on an existing tab. This method will also create a secondary tab row for the tab group/ stack that the users create. You can check out the official video showcasing the feature below.

The Android version of Vivaldi also gets a new UI for the tabs, which makes things more flexible for users. Users will now get to choose the way they want their tabs to appear. From Tab settings, they can either go for tabs as favicons or can even remove the “X” button for background tabs. It allows more room for the tabs. Depending upon the display and tab bar space, the size of the tabs will also be adjusted.

Another major addition is for tablets and Chromebooks. Vivaldi 5.0 has introduced built-in Panels to utilize the extra screen space that tablets and Chromebooks provide by offering more options to users for a better web browsing experience. On these big-screen devices, users can tap on the new Panel button to access various browser options easily. These include the History section, Bookmarks section, and Downloads section, among others.

Tablets users also get the option to configure the Address and Tab bars and even hide the System Status bar, which is a part of Android to get a full-screen mode experience. Apart from these significant changes, Vivaldi has also added the built-in Notes tool for users to add additional details to the existing notes and the ability to get the dark mode for individual web pages. The dark mode can be enabled via Themes in Settings.

So, if you are a Vivaldi user, you can update the app from the Play Store on your Android device to try out the new features. Also, don’t forget to tell us which new feature is your favorite in the comments below.

Vivaldi 3.4 Brings An Endless Runner Game, Other New Features to Desktop and Android