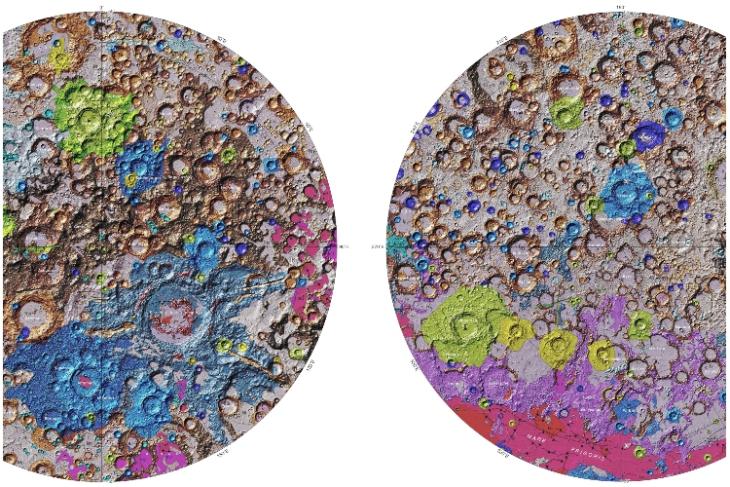 As the Moon is the closest celestial body to our planet, scientists and researchers have been studying the Moon for quite some time now. Every now and then wee see pictures of our celestial neighbour captured by different satellites orbiting the body. However, now we have the first comprehensive geological map of the Moon detailing the surface of it.

Recently released by the United States Geological Survey (USGS), this 1:5,000,000 scale map details a lot about the surface of the Moon. It is colour-coded for scientists, researchers and lunar enthusiasts to easily study the Moon’s surface and it can also aid future research projects involving the Moon.

The USGS was able to create the map with the help of NASA and the Lunar Planetary Institute. The team of researchers used six digitally renovated geologic maps of the celestial body including data from current satellite missions like the Lunar Reconnaissance Orbiter, the SELENE Kaguya terrain camera and the LOLA altimetry.

After acquiring the necessary data and maps, the team lined the previous maps with the current data sets. While doing so, the scientists preserved the valuable notes and also provided detailed descriptions of the features of the surface. This was done to avoid confusion caused by the previous geologic maps.

According to the USGS, the primary purpose of this map is to “summarize the current state of lunar geologic knowledge”. This map can be used for developing new theories and carry out in-depth studies of the Moon.

You can download the JPG file of the map from here and for more info, go to the official website of the USGS.