Apple makes Macs, and it makes iPhones, so it shouldn’t come as any surprise that they both work very well with each other. Exactly how well, though, is a different question. One of the features abundantly available on Windows-based laptops is fingerprint readers, and while their effectiveness and security is always a topic for debate, I appreciated the ease they offer for logging in without typing my complicated password. There’s, however, no Mac out there that sports a fingerprint reader, and so you have to type in a password to get in… unless you don’t.

TouchID was introduced first in iPhone 5s, and has since become a hallmark of iOS devices, getting featured even on the recent iPads. What if there was a way to leverage the TouchID fingerprint reader on your iPhone to get into your Mac? Well, wonder no more, as these six apps are here to do exactly that, and even some more without the fingerprint sensor.

The basic premise of all these apps is pretty much the same – they come in pairs, with one app getting installed on your iPhone while the other runs on the target Mac. While they have different compatibility requirements, the general rule of thumb is that all of them rely on Bluetooth LE (low-energy), which means if you have a 2011+ Mac Mini, 2012+ iMac, 2011+ Macbook (Air or Pro) or a Mac Pro (any model), you’re in the green. If you have an older Mac, you can get a third-party bluetooth adapter that offers LE support (and please get an upgrade for your Mac – it deserves it). 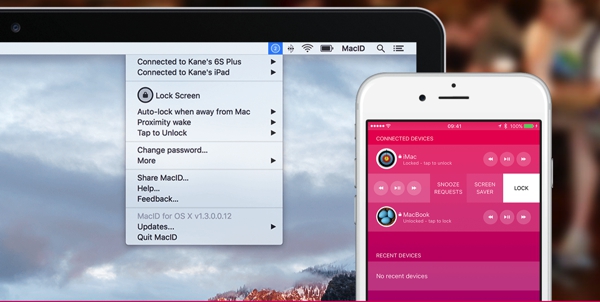 Despite being one of the pricier options, MacID is the obvious first choice when it comes to establishing an unlocking relationship between your Mac and your iPhone. The app is laden with features, all of them worth your while. You get the option to unlock your Mac with iPhone TouchID (only iPhone 5s and above, or iPads with TouchID), but if you have a lesser device, there are other options like Proximity lock, which will lock your Mac when you move away from it and unlock automatically when you come near. There’s a neat Tap Lock feature as well, which allows setting a tap pattern (up to three fingers) for your trackpad that will lock/unlock your Mac. You can share clipboard data between both devices as well.

MacID supports Apple Watch, making unlocking even further easier at the tap of a button from your watch – no passwords/fingerprints required. The app pushes interactive notifications to your iPhone when the Mac needs to be unlocked, and even comes with a Notification Center widget to make the process easier. 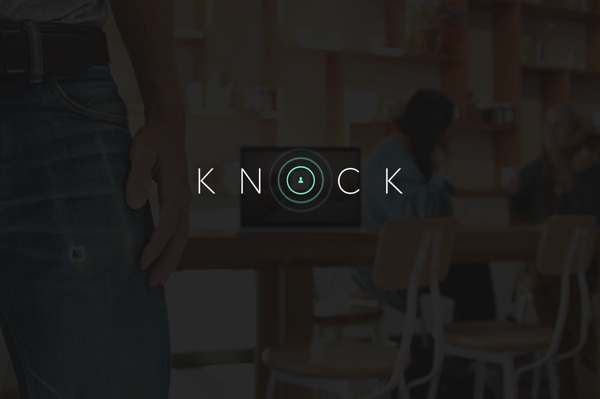 Knock 2.0 is another great option that utilizes Bluetooth LE to establish a connection between your Mac and iPhone. Once configured and authenticated via TouchID (or your password, in case you have iPhone 4s), it allows you to actually “knock” on your phone to unlock the Mac, provided you’re close enough for the Bluetooth connection to have established. This app features proximity unlock as well.

Knock also comes with an Apple Watch watch face that allows unlocking by tapping the watch face instead of your phone, removing any potential hassle altogether. While it’s the priciest of the lot, the unique way that it offers for unlocking makes it worth your money. 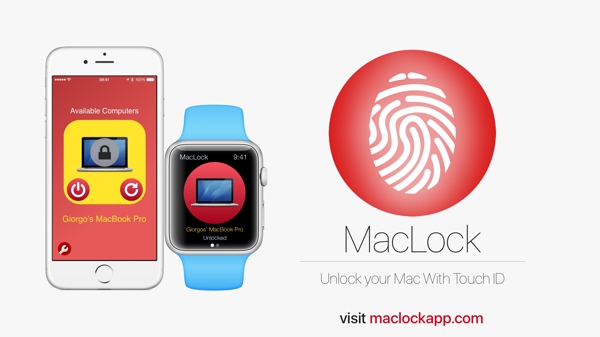 MacLock is another great option that costs the same as MacID and offers a number of similar features, like interactive notifications, Notification Center widget and authentication via TouchID. It also uses the same Bluetooth low-energy technology for connecting with your Mac. A unique unlocking technique with MacLock is shaking your iPhone to unlock your Mac, but honestly, it does come across a little weird when done in public (consider this if you plan on using it in your workplace). Another feature unique to MacLock is remote shut down and restart of your Mac, which can come in handy if you are stepping away and forgot to power down your computer for the night. 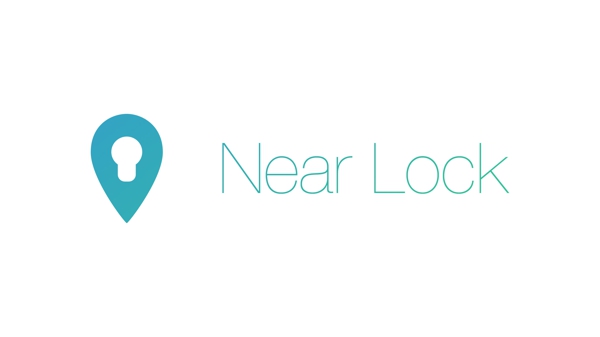 If you’re looking for a free option that doesn’t really come with overwhelming options but still takes care of locking/unlocking your Mac based on proximity, look no further than Near Lock. The app relies on Bluetooth LE and supports TouchID, but what makes it truly different is the nonexistent price tag and distance-based unlocking. Want to lock your Mac when you move away by a couple of meters? Set up Near Lock once, input your preferred distance, and you’re done. As soon as you’re away by the required distance, your Mac will lock, and will automatically unlock when you’re back in the specified range. Of all the proximity locking solutions, Near Lock is the one that actually allows you to control the distance, and not just based on Bluetooth connection being established or lost.

Near Lock runs in the background, but thanks to its optimizations, doesn’t drain the battery significantly. It also doesn’t hurt that this app has one of the most gorgeous graphics and user interface of the lot. For free, it’s most definitely worth a try. We just didn’t recommend it above others owing to the lack of features that a lot of users would find worth their money.

Price: Free (both iOS and Mac)

Tether is another free solution that works on the same premise as Near Lock, but with the added advantage of having an Apple Watch app. What sets Tether apart from the rest is the ability to customize the app and add to its functionality by using add-ons, which include the likes of having access to Mac’s Apple menu and controlling media playback, for example. These add-ons are available as in-app purchases within the Tether app, so it’s not truly free for all its potential functionality. Also, Tether was a little hit–or-miss in my testing compared to Near Lock. Considering that both these are free apps, it’s worth giving a try to both and see which works best for you.

Price: Free (both iOS and Mac) 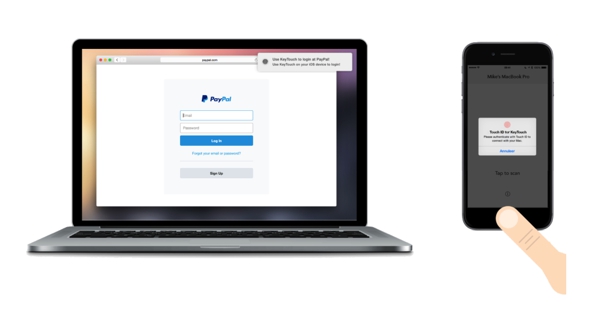 KeyTouch is another solution that makes use of TouchID on your iPhone for locking and unlocking your Mac. The unique selling point here, however, is that it allows for not just logging into your Mac, but other websites as well using iPhone’s TouchID, making it a true replacement for the fingerprint reader that you would find on Windows laptops. Beyond this, however, KeyTouch doesn’t really offer anything unique, and the rest of the options are pretty standard and similar to what you find in other apps of this genre. KeyTouch also boasts the most lacklustre interface of the six, so if aesthetics and visual appeal are something that matter to you, perhaps you’d want to take a look at some others in our list.

SEE ALSO: How to Run Windows on Mac: The Four Best Ways

So, there you have it – six good options to choose from. You can even implement something that works in tandem with others for getting the best of all worlds, but if just locking and unlocking your Mac with your iPhone is something you’re looking for, any of these would suffice. The extra features are a bonus that you can decide on a case-by-case basis. Also, all these apps store your passwords in the Apple Keychain and/or with heavy encryption, so you can be rest assured that your data is safe and not being transmitted to the app developer.

How to Create Your Own Emoji: 5 Emoji Maker Apps to Use

12 Best Podcast Apps for iPhone You Should Try

8 Best Reverse Image Search Apps You Can Use