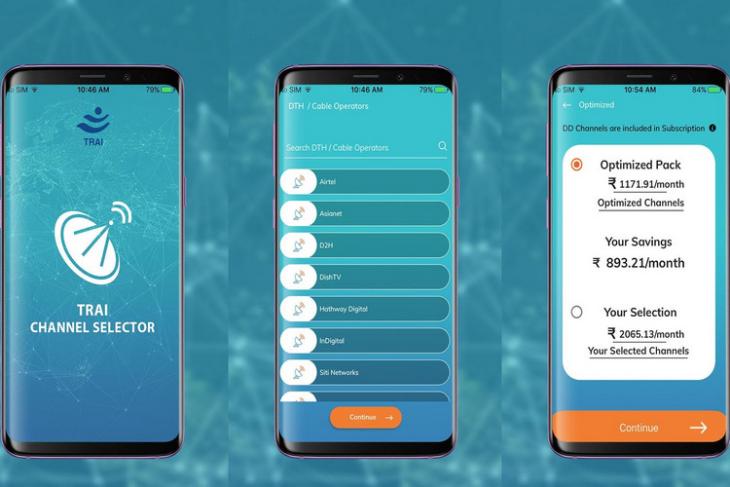 The Telecom Regulatory Authority of India (TRAI) has launched a channel selector application that it says will help DTH and cable TV subscribers in the country view, modify and optimize their subscription packages. Called ‘TRAI Channel Selector‘, the app is supposed to offer consumers an easy way to select and remove channels from their monthly subscription package. It is available on both the Play Store and the App Store for Android and iOS devices, respectively.

In an official statement, TRAI said that the app was launched because consumers were finding it hard to select the right packages on the websites of their cable or DTH service providers. The app, it said, will help mitigate some of those problems. The app will also “suggest an optimum configuration of bouquets based on channels desired by the subscriber so as to reduce total monthly bill”, said the regulator.

It is worth noting that not all leading operators have gotten on-board just yet. The app currently has only four DTH operators and four Multi-System Operators (MSOs). The list includes Tata Sky, Dish TV, d2h and Airtel TV, alongside Hathway, SITI Networks, In Digital and Asianet. TRAI said that these eight operators together make up around 50% of the TV subscriber base. Twelve other MSOs will be joining the platform soon, it added.

Speaking on the occasion, TRAI Chairman, R.S. Sharma, said the app will make the whole channel selection process more transparent. According to him: “We have to realize that things become easier when they are standardized and transparent. Our objective is to facilitate the consumer which in turn, will be in the long-term interest of all stakeholders”. So have you downloaded the app yet? Let us know in the comments down below.