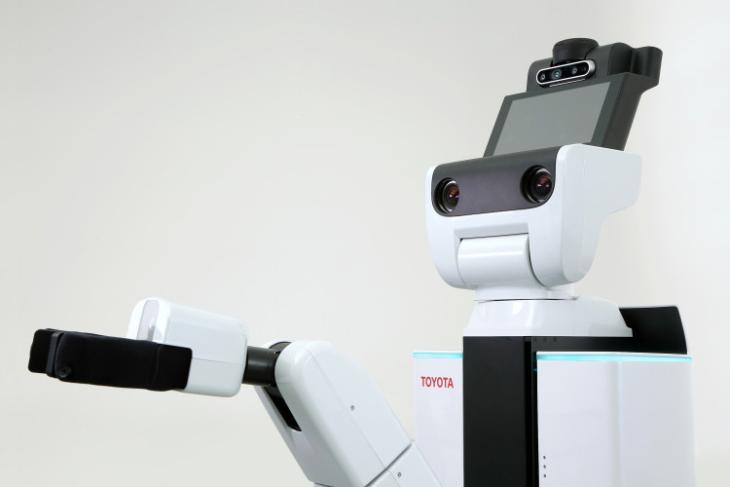 Toyota has joined hands with Preferred Networks, an AI-based startup from Japan. The partnership is for developing service robots which are capable of assisting humans in day-to-day life.

Both the companies will perform research and development on Toyota’s Human Support Robot (HSR) robotics platform. Toyota developed the HSR platform in 2012 and ever since then, the company has been working to make the platform better. According to the agreement, Toyota will share several dozens of its HSR units to Preferred Networks in the upcoming three years. Preferred Networks will work with HSR as a base and will incorporate advanced features with their infrastructure and expertise.

The main use-case of these robots is providing assistance in the field of nursing and healthcare. These robots have a single-arm, a display, cameras, and wheels for seamless movement. Moreover, you get remote control capabilities with these robots.

It is worth noting that Toyota has previously worked with Preferred Networks. The company used HSR of Toyota and showed-off a robot that was capable of cleaning a room without any help back in CEATEC Japan 2018 which is a robotics conference held in Japan. This is made possible by applying deep learning technologies to HSR that allowed the robot to pick up and drop objects.

“Going forward toward our goal to develop service robots that better cater to the needs of our customers, we are excited by the prospect of collaborating in research and development with PFN, which boasts world-class intelligence technologies.”, said Nobuhiko Koga, Chief Officer of Toyota’s Frontier Research Center.

Partnering with a company like Preferred Network which has expertise in artificial intelligence and deep learning will definitely help Toyota to implement more features and capabilities to their robot. So, what do you think of this collaboration of Toyota with Preferred Networks? Do you think this would help make service robots more common? Tell us in the comments.