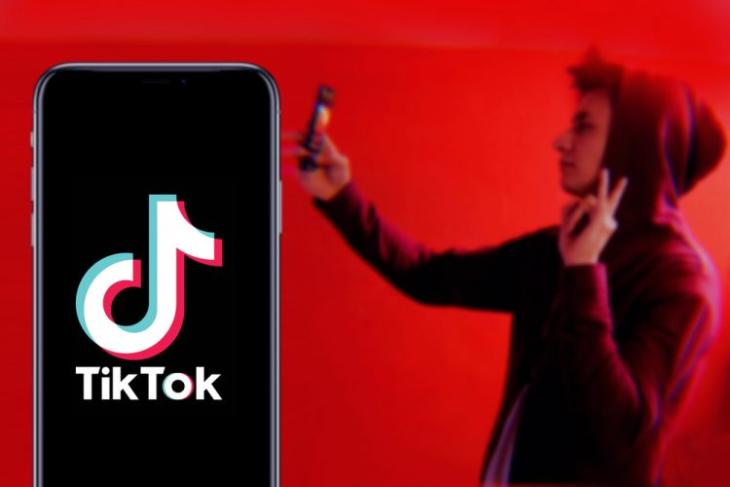 TikTok now seems to be becoming the go-to app for netizens during the Coronavirus quarantine. The popular short video sharing app has amassed a jaw-dropping 2 billion downloads in total – combined on the Apple App Store and Google Play Store. This feat comes just 5 months after the app touched the 1.5 billion downloads milestone.

As per the latest report from analytics platform Sensor Tower, TikTok witnessed its app being downloaded 315 million times on the App Store and Play Store this quarter alone. Yeah, that’s close to 300 million downloads in three months, from January to March 2020. The app ‘generated the most downloads for any app ever in a quarter,’ says Sensor Tower

What’s even more impressive is that TikTok has seen its app downloads grow by a billion within a year. The app crossed the 1 billion mark back in April 2019 and that figure has been doubled within a year. We all know the key propagator for this growth. It’s the Coronavirus quarantine. 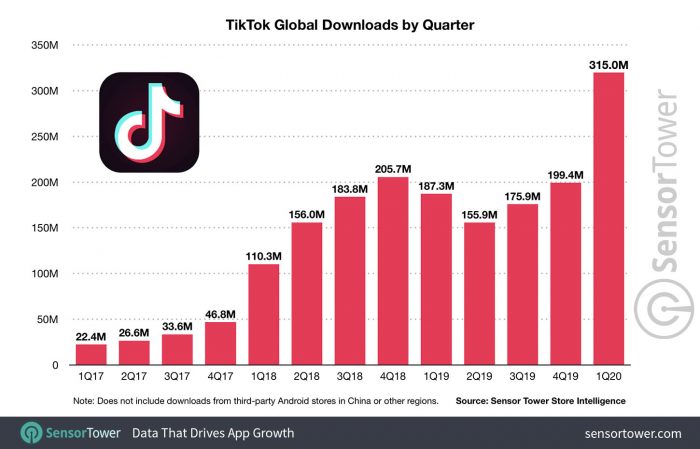 Sensor Tower says that users are using their mobile phones more than ever during the pandemic. They are cooped up inside their homes and well, it looks like TikTok dances and memes are a new way for them to connect with the outside world. Also, it may come as a surprise to many but India is the biggest contributor towards TikTok installs, as per the report.

India has seen over 600 million installs since the launch of the video-sharing app and it’s way ahead of China (TikTok’s home country) and the US. The latter two assume the second and third positions but only add up to around 20% of installs, which is still less than India’s download numbers. It’s also important to mention that installs don’t necessarily mean active users, which will most likely be less than these figures.

“Google Play has accounted for the vast majority of TikTok downloads to date, racking up more than 1.5 billion installs, or 75.5 percent of the total. The App Store, meanwhile, has generated 495.2 million downloads, or 24.5 percent,” as per the report. The quarantine is definitely pushing a lot more netizens to check out TikTok and its vast, as well as diverse, world. A recent report from App Annie revealed that Indian’s were already spending over 5.5 billion hours on the video-sharing app, which is bonkers.

Has the nationwide lockdown pushed you to install TikTok and see what’s it all about – at least once? Let us know your thoughts in the comments below.