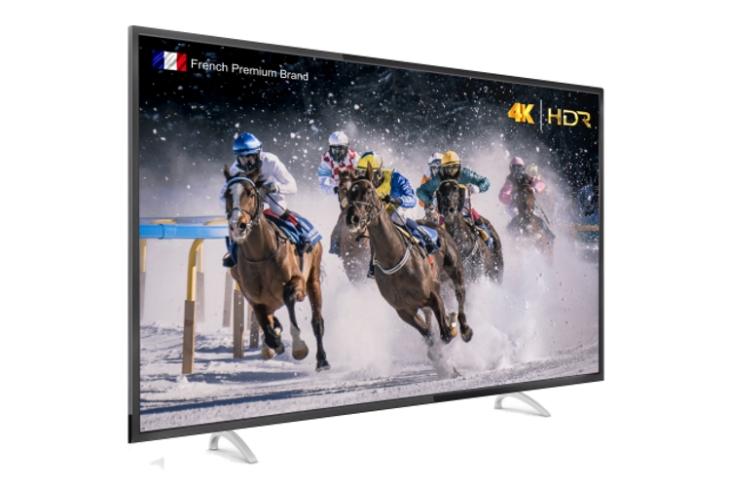 We had earlier reported how French consumer electronics company Thomson will launch its lineup of 43-inch, 40-inch, and 32-inch smart TVs in India. But it looks like that’s not all. Now, the company has launched a set of higher-end televisions in large sizes.

Thomson has launched its fresh line up of 4K UHD Smart TVs in big screen sizes of 50 and 55 inches. The new televisions feature a new UI with top trending videos, music and other content in more than 14 different languages. Thomson TV also has its own app store which is said to have support for the leading content apps. 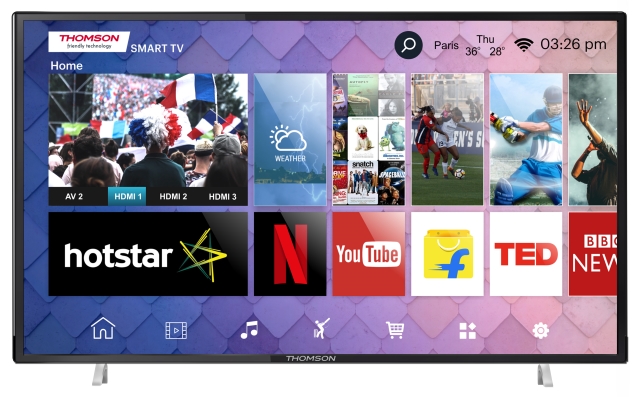 The new 55-inch and the 50-inch televisions feature a display from Samsung and offer resolution up to 3840 x 2160. It has a massive contrast ratio of 600000:1 and comes with 20W box speakers. As for connectivity, it packs in 3 HDMI ports, 2 USB Ports, a PC input, an SD-Card slot, a headphone jack, an Ethernet port, and the usual A/V ports. The smart OS on this television is the My Wall v5.0, which comes preloaded with tons of apps for browsing the net along with watching various content and is available in a total of 15 Indian languages. 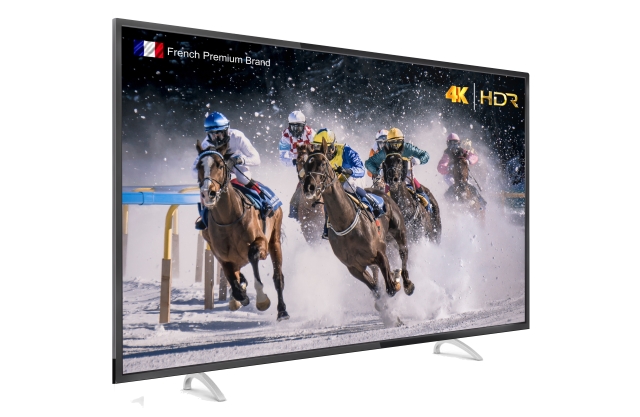 You can check out Thomson’s new range of 4K UHD television exclusively on Flipkart here.

Your Smart TV Could Be Spying on You, Warns FBI

Thomson UD9 40-Inch 4K TV First Impressions: Ultra Affordable, but Is It Worth It?