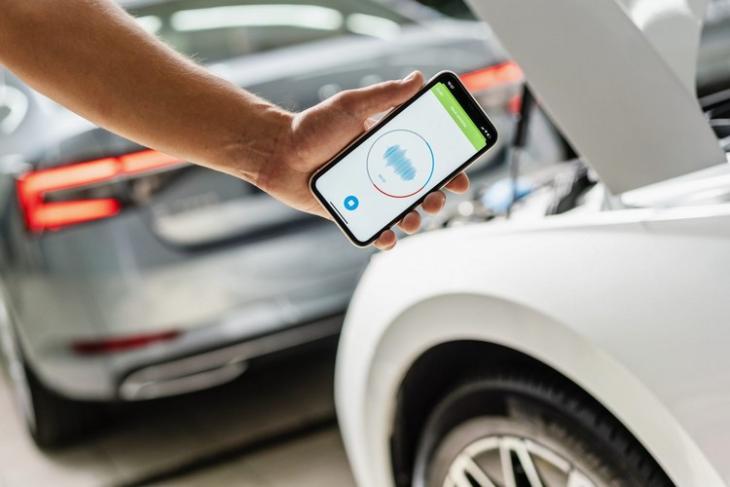 Although modern cars come equipped with all kinds of advanced technologies, I am pretty sure a strange sound coming out of your vehicle has worried you at least once, at some point in time. Oftentimes, general drivers cannot analyze the internal problems of automobiles with just a strange sound. And that makes the maintenance process for car owners quite a hassle. So, to help drivers instantly detect internal problems of cars, Skoda has developed a new app that uses artificial intelligence (AI) to detect internal defects of a car just by listening to the sound of it.

The Czech automaker Skoda has developed a new AI-based app dubbed as the Sound Analyser. This app is a unique tool for drivers and automobile mechanics to quickly detect internal issues of a vehicle just by the sound of their engine.

Now, the way “Sound Analyser” works, is pretty straight-forward. When a driver or a mechanic initiates the app, it records the sound of the defective car. Then, it uses the AI algorithm to compare this recorded sound with many of the pre-recorded sounds of healthy cars. So, if there is an anomaly in the sound pattern of the defective car, the app can detect the internal issue and suggest a relevant fix for the same.

Škoda has been testing the app on its cars for quite a long time now. In fact, as many as 245 Škoda dealers located in countries like Austria, Germany, France, and Russia have been using Sound Analyser since June of 2019.

Speaking about the new app, Stanislav Pekař, the chief of After Sales at Skoda stated, “Sound Analyser [app] is a prime example of the new opportunities digitalization at ŠKODA can create, even in terms of after-sales. We will continue to consistently use artificial intelligence technologies to offer our customers an even more personalized service, thus enhancing the customer experience even further.”