The recently announced Nobel Peace Prize winners have caught the world by storm. So much so that it became the number one trend in both India as well as Pakistan.

Not only did a 17 year old girl made headlines by becoming the youngest to win the Nobel Peace Prize. The other aspect being that Kailash Satyarthi who won alongside her is an Indian. With tensions simmering at the LOC from both the nations, one just hopes that this can become a message for peace. 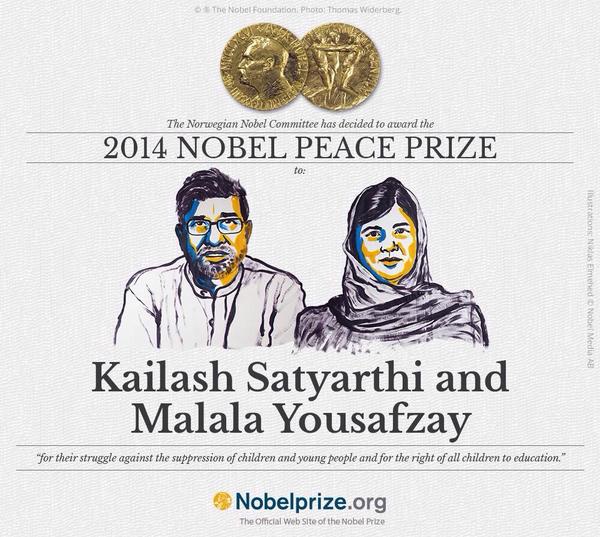 Here are the things you should know about Kailash Sathyarthi: –

Things you should know about Malala Yousafzai:-

You can connect with Malala on Twitter through her organisation’s official account, Malala Fund. Here’s the link.

Recommended: LOC Firings Given Complete Opposite Information In India-Pakistan Newspapers

A lot of noise is making rounds on the social network that this year’s Noble peace prize is just an ice-breaker from the UN towards India-Pakistan relations.

Tell us if you believe the same.