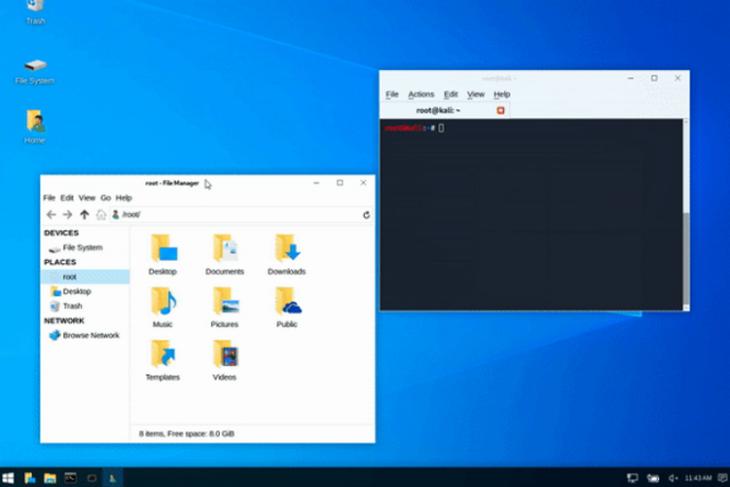 If you are a cybersecurity expert or a “hacker”, you must have come across situations where people will just stare at your computer screen when you’re working in a public place. Well, not anymore. Kali Linux has added a new feature along with its 2019.4 release that lets you mimic the user interface of Windows.

The feature is called Kali Undercover. Kali Undercover is essentially a theme that changes your Kali theme to look similar to a Windows theme. This way, people will be less curious to know what you’re doing as they will be presented with the familiar Windows user interface.

All you have to do is turn on Kali Undercover mode which can be done by simply typing “kali-undercover” in the Terminal. Running the script again switches your theme back to the Kali theme. Cool, right? Take a look at the demonstration below to know what to expect from Kali Undercover mode.

In addition to this, Kali Linux 2019.4 release brings some new features and improvements including the Xfce desktop environment, a new GTK3 theme, Kali NetHunter KeX – Full Kali desktop experience on Android, BTRFS as the root file system, PowerShell, and kernel version bump to 5.3.9.

The blog post also mentions that 2019.4 will be the last release with support for 8GB SD cards on ARM. From the next 2020.1 release, a 16GB SD card will serve as the bare minimum. However, you can create your own image that supports smaller cards.

So, what do you think of Kali Undercover mode? If you’re a Kali Linux user, will you consider using the boring Windows theme in public to avoid unwanted attention? Let us know in the comments.