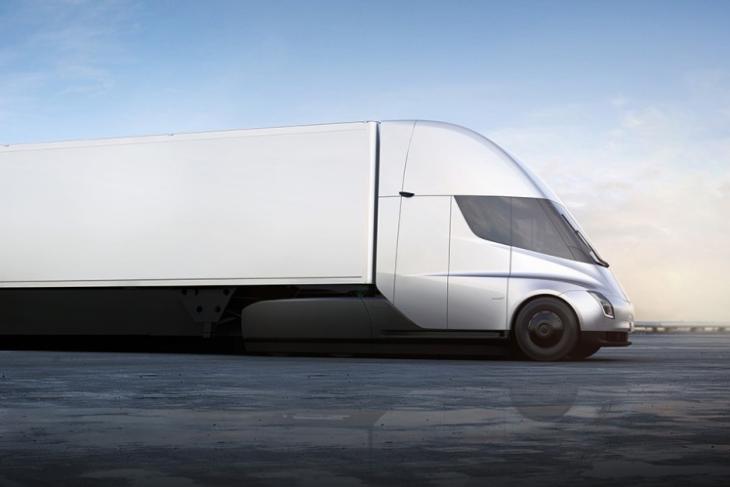 Putting an end to all the insistent leaks and everyone’s curiosity, Elon Musk-backed Tesla has finally rolled out the aptly-named all-electric “Tesla Semi“, which is squarely aimed at redefining the truck industry. Let us not make this a boring spec-focussed article, even though they’re spectacular, but also focus on how the Tesla Semi would largely impact the future of goods transport.

Everyone is enticed by Tesla and its eye-catching electric cars but the company has today broken that mold by stepping foot in the trucking industry. The launch of the semi-truck was a sight to behold and carried out in a manner very similar to the Model 3, which is the company’s mass-market electric vehicle.

When the Tesla Semi whizzed on the highway road leading up to today’s event stage, I was enamored by the charm of this futuristic-looking trucks. This was, however, not the peak of my excitement since we still had to learn whether Tesla had built a truck better than diesel trucks that currently haul goods across the country. And to be honest, Tesla Semi’s details not only lived up to expectations but convinced me that it could really be a game-changer. 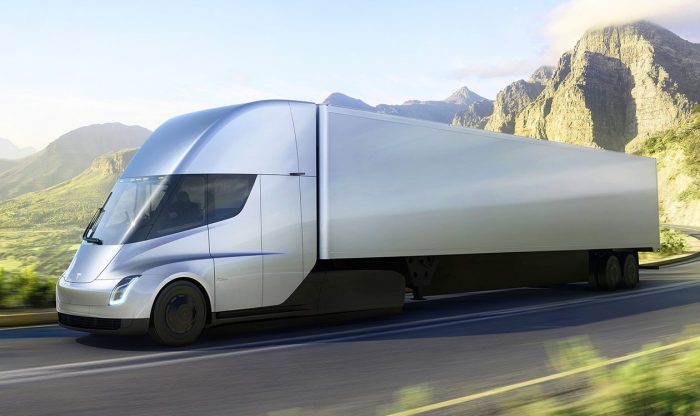 Coming to the specs of this all-electric semi-truck, Tesla has us stunned here as well. You wouldn’t believe but the semi can go from 0 to 60 mph in just 5 seconds, without any load attached to it. The semi is astonishingly fast for a semi-truck as compared to today’s diesel trucks but it takes 20 seconds to go from 0 to 60 mph when it tows 80,000 lbs of goods. It can also go at a speed of 65 mph up a 5 percent grade as compared to the 45 mph top speed of a diesel truck in the same condition.

However, the highlight of the Tesla Semi will have to be the range. It can cover close to 500 miles in a single stretch at highway speed, which is considerably large when compared to your average journey distance. Tesla has also uncovered Megachargers that will make it easier for drivers to charge their electric semi-trucks during snack breaks, by making the Semi capable of traveling 400 miles on just 30 minutes of charge.

Musk also boasted that the aerodynamic design of the Semi has made the drag coefficient much better than that of most high-speed supercars (ahem, Bugatti). It has also been said that the brakes of the Tesla Semi will have an “infinite” life because of its electric regeneration powers. 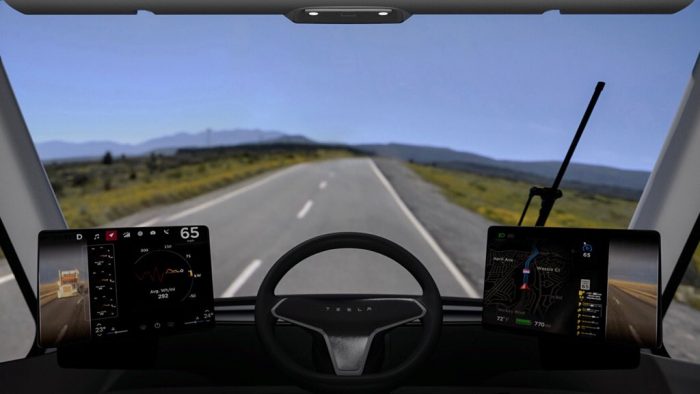 As for the interiors of the Tesla Semi, the company is breaking the norms to provide drivers with a much safer and comfortable experience. Tesla has installed the steering wheel at the very center, at the lowest point for the center of gravity. It has designed the cabin in a manner that makes it easier for the drivers to focus on the road, get in and out and have the ability to completely stand up with ease. There are no passenger seats, as most of the drivers travel alone, but you can add a passenger seat when needed.

The interiors of the trucks have also bagged a massive technological upgrade, as Tesla has not shied away from including most of their favorite gear in the cabin. It has jam-packed a couple touchscreens, one on either side of the steering wheel, that offer drivers with most of the necessary controls, such as the navigation data, blind spot monitoring and much more.

Much like its uber-popular electric cars, the Tesla Semi truck also comes integrated with a host of cameras and sensors that makes it capable of autonomous driving. This offers drivers with a host of enhanced features, such as automated emergency braking and lane changing. This is aimed at making the semi-trucks, carrying tons of goods, much more safer on the roads.

Tesla has today only unveiled the semi-truck, which will go into production in 2019, so one cannot currently predict how the same will affect the freight market. But, in the long-term, we could definitely see truckers adopting the Tesla Semi for not only its bold and futuristic looks but also for the safety standards that’ve been bumped up a notch. The company has also boldly promised that the Semi is good for a million miles and would not break down as diesel engines do.

Now, we all know for a fact that Tesla will surely have to work overtime to make the Semi mainstream in the coming years, which is possible as we steadily gain more knowledge of the changing climate conditions. The company has laid the groundwork to push the people towards adopting a greener (though expensive!) alternative to the toxic fumes our vehicles produce. I’m completely sold over an all-electric future and the Tesla Semi only adds to the ambitious and better future. What about you? Do you think the Tesla Semi will trump diesel trucks in the coming years? Let us know in the comments down below.