All recent versions of Windows come with multiple built-in screenshot tools, and well, Windows 11 is no exception. While that means you can easily take a screenshot on your Windows 11 computer using native features, there are several other third-party tools you can rely on. They offer more convenient saving, editing, and annotation features. Also, third-party tools are the only way to take scrolling screenshots in Windows 11 as the feature is missing natively in Microsoft’s latest OS.

In this article, we will take a look at all methods to take screenshots on your Windows 11 PC. That includes all the screenshot tools natively available in Windows 11, as well as the most efficient third-party software. So, without further ado, let’s check out all the ways you can use to capture screenshots on a Windows 11 computer.

The easiest way to take a screenshot on your Windows 11 PC is by pressing the “Print Screen” key (often labeled as PrtScr or PrtScn). You can find the Print Screen key at the top-right section of your keyboard (usually next to the F12 key).

Now, pressing the Print Screen key will take a screenshot of the entire screen, and the image file will be saved to the Windows clipboard. You can then paste it in Paint, Paint 3D, or any other image editor of your choice before you can save it. 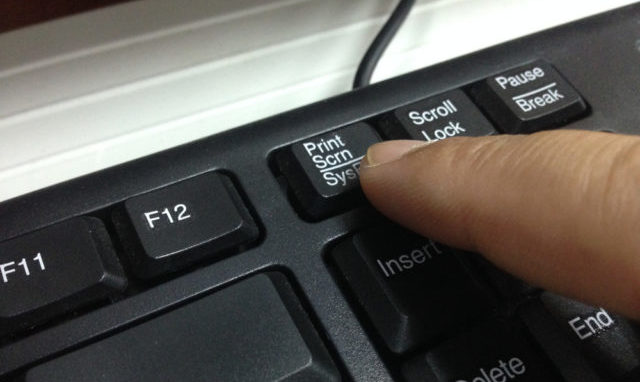 Another easy way to take screenshots on your Windows 11 computer is by using the Windows shortcut  “Windows + Print Screen“.

To do that, press the Windows key and Print Screen key on your keyboard at the same time. You will see the screen dim momentarily and brighten back up, which signifies a successful screen capture. This will automatically save the image in the “Screenshots” folder inside the “Pictures” folder on your computer.

Note: In some laptops, you can only activate the Print Screen button after pressing the Function key. If you have such a laptop, then you will have to use the “Windows key + Function (Fn) + Print Screen” shortcut to take a screenshot.

To do that, you can make use of the “Alt + Print Screen” keyboard shortcut. Like the first method, this also copies the screenshot to the Windows clipboard. That means you need to then paste it into an image editor like Paint or Paint 3D before saving it in a format of your choice.

The Snipping Tool is another great way to capture screenshots on your Windows 11 PC. It’s the best option if you want a basic screen utility. It doesn’t offer as many features as some of the third-party utilities mentioned below, but it gets the work done with ease. 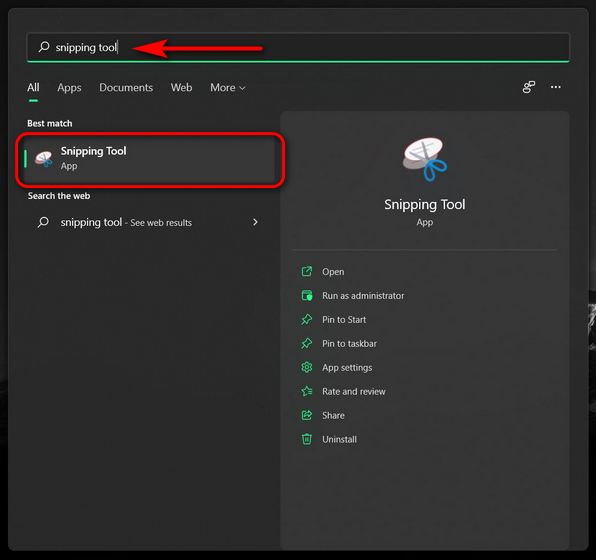 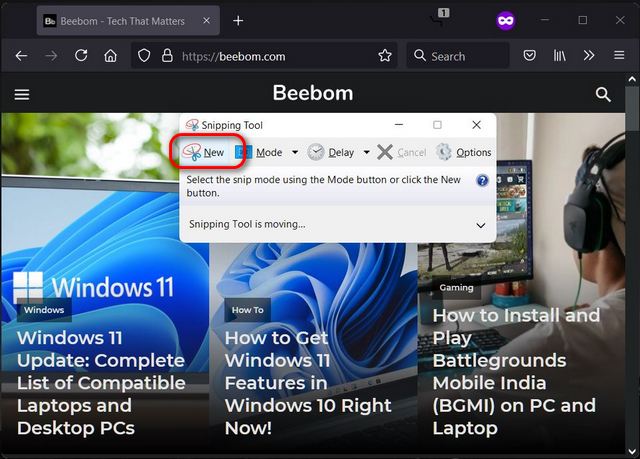 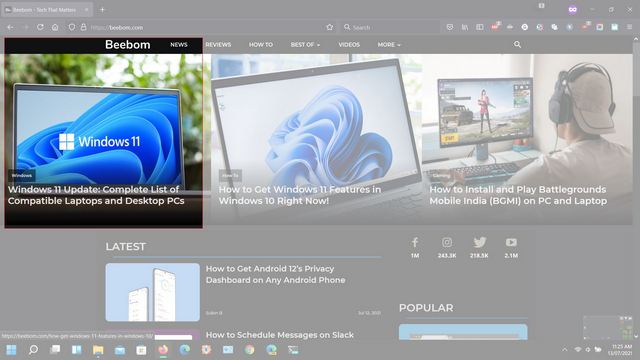 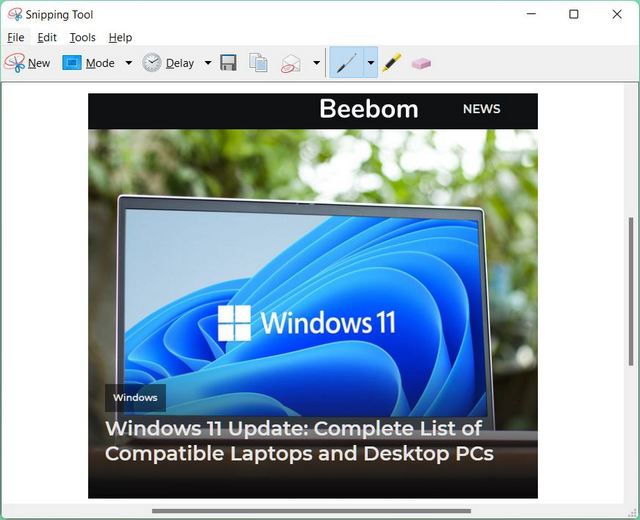 Note: Microsoft is deprecating Snipping Tool in favor of a more powerful and feature-rich utility called “Snip and Sketch”. It was originally released as part of the Windows 10 Anniversary Edition (Version 1809) update. Both apps are currently available in Windows 11 Preview, but it’s not clear whether the former will remain a part of the final Windows 11 build when it releases later this year.

Microsoft is deprecating Snipping Tool in favor of Snip and Sketch, and it’s easy to see why. The latter is a more refined version of the Snipping Tool and comes with a feature-rich image editor.

To take screenshots with Snip and Sketch, you need to use a three-key shortcut on your keyboard – “Windows + Shift + S“. We have explained the whole process in detail down below, so read on. 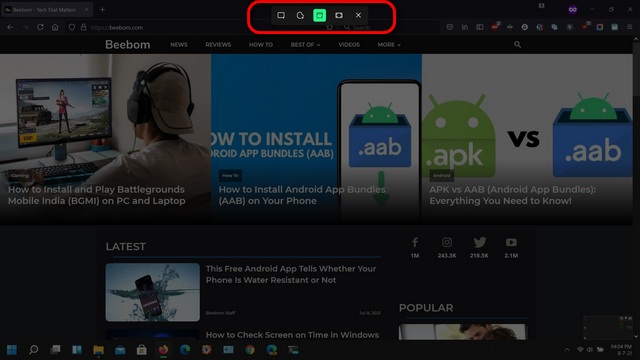 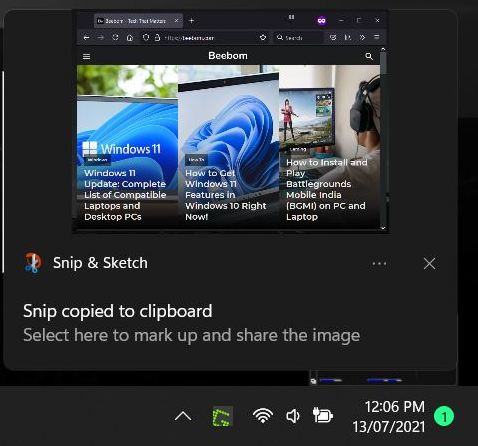 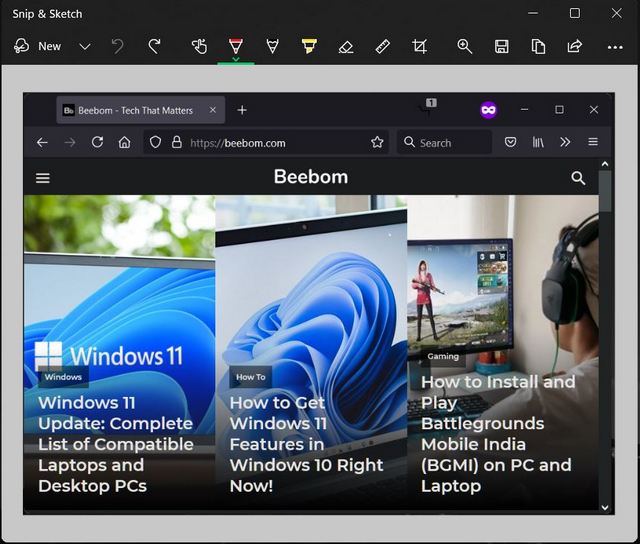 Originally rolled out with the Windows 10 Creators Update in 2017, the Game Bar is yet another effective way of taking screenshots in Windows 11. It lets you take control of all your gaming activities, such as music and chat, in one place. Moreover, it also allows you to capture the on-screen gameplay action on your PC. 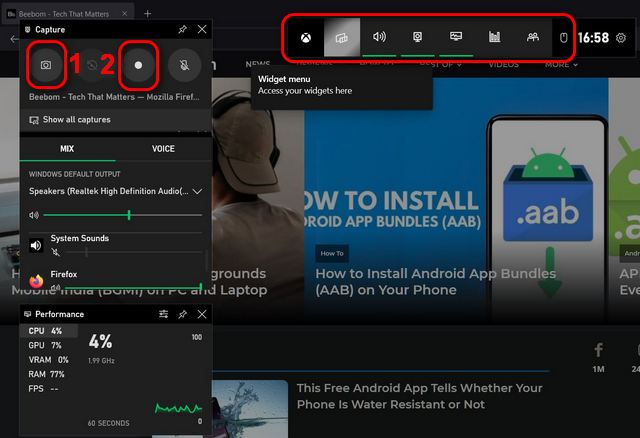 Note: You can save your screenshots at a different location by moving the “Captures” folder anywhere you want on your PC. Windows will continue to save your game clips and screenshots in that folder, no matter wherever you move it. 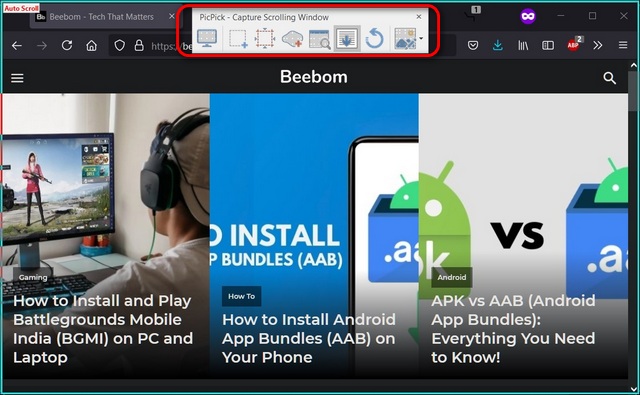 Check out our detailed guide on how to take scrolling screenshots in Windows to learn how to use the PicPick app. Though the article focuses on Windows 10, the process remains the same for Windows 11 as well. 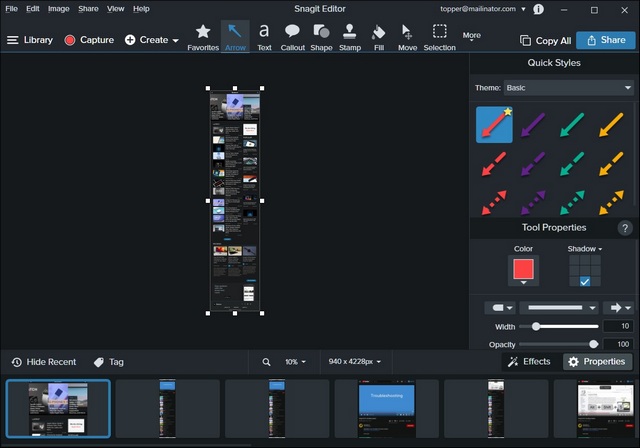 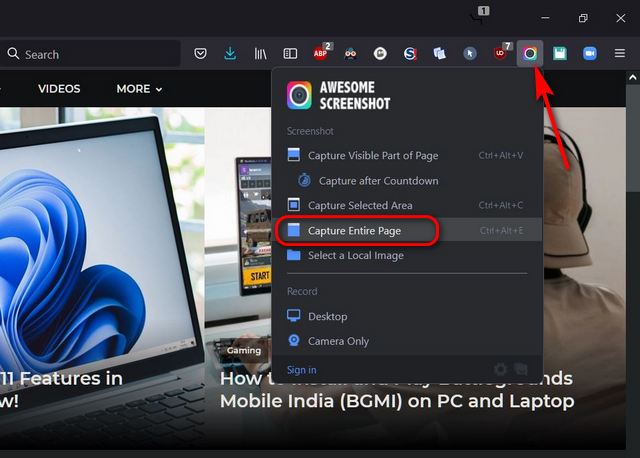 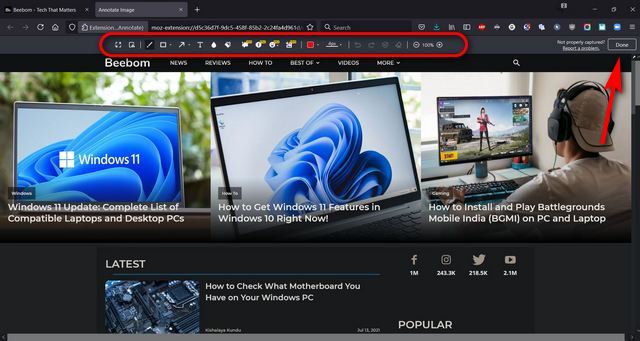 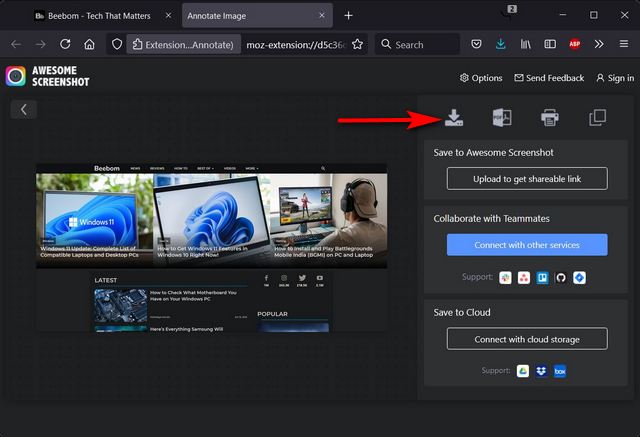 Awesome Screenshot and Screen Recorder is one of the oldest and well-known tools among Windows users in this category. I have been using it with Firefox for the better part of the last decade and can personally vouch for its efficacy and ease of use.

Q. How Do You Take Screenshots on Windows 11? And Where Is It Saved?

Q. Can I Take a Screenshot on My Windows 11 Desktop?

Yes. of course! You can use the same methods mentioned above, including the Snip and Sketch tool or PicPick app, to take a screenshot on your Windows 11 desktop.

In 2021, it is easy to take a screenshot on Windows PC. Just press the “Windows + Print Screen” keys on your keyboard at the same time. The screenshot will be saved in Pictures -> Screenshots on your Windows 11 computer.