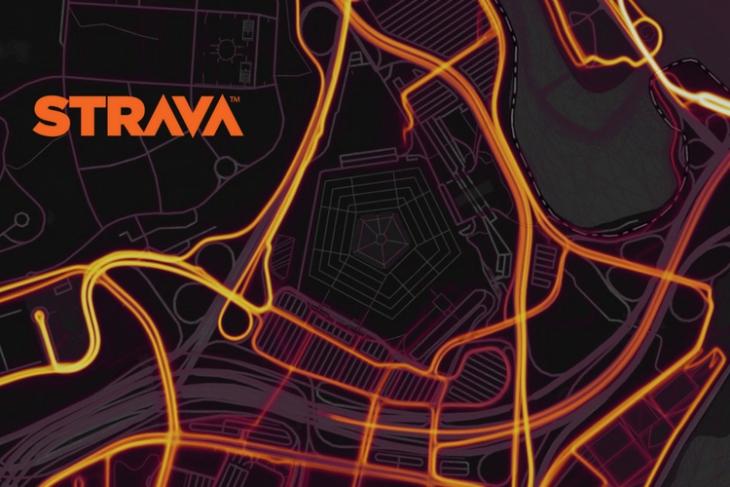 Strava is one of the most popular fitness-tracking apps out there on the market. It is available for both iOS and Android, and it uses GPS to track when and where a particular user is exercising. Last year, the company released a global heat map showing the activity of its users from around the world.

The heatmap contains tracks of every run and bike ride, and they can be seen as a band of light. No doubt it looks pretty, and it gives the company a chance to boost their numbers, but there’s only one issue with that. Apparently, the heat map reveals the location of several secret military facilities. Oops!

According to an analyst, who took his observation to Twitter, the heat map makes it very easy for someone to figure out the locations of military bases. The issue comes from the military service members leaving their Strava’s tracking feature on while performing exercises. So, for instance, if that particular person decides to jog along the edges of a military base, the resultant outline of the facility is visible on the heat map.

Just to make things more understandable, take a look at the screenshots shown below:

From the screenshot attached above, you can see how incredibly easy it is to match up roadways and structures on Google Maps and find out where people are moving along the location, which in this case happens to be Fort Benning, Georgia.

Although showing known military locations is not a deal breaker. But Strava’s heat map is giving away even unknown locations, which is quite concerning. According to Strava’s spokesperson who spoke to TheVerge, “the company is committed to helping people better understand our privacy settings, its map represents an aggregated and anonymized view of over a billion activities uploaded to our platform. It excludes activities that have been marked as private and user-defined privacy zones.”

That being said, this isn’t the first time that such inherent security problems have been raised against the military. In 2016, the military officers were banned from installing Pokemon Go on their cellphones. And in fact, the military service members are already prohibited from bringing personal electronic devices into sensitive areas.

How to Share Live Location with Friends on Strava