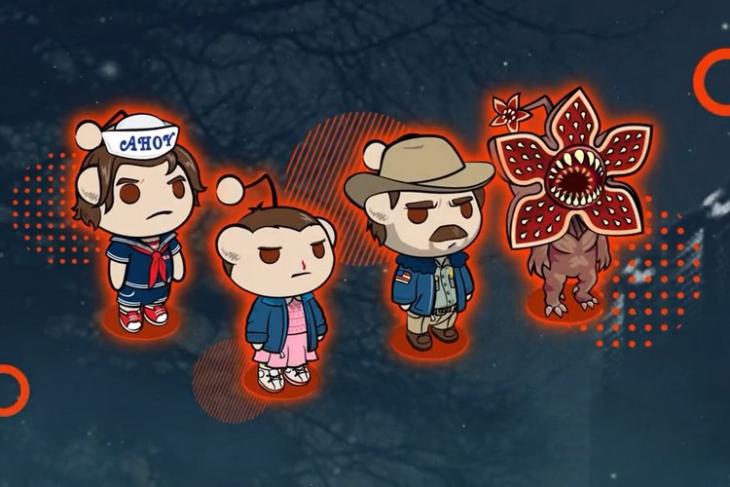 Netflix’s uber-popular web series Stranger Things has seen a refresh in the form of the first volume of the fourth season and to keep the hype alive, the OTT platform has partnered with Reddit to create four custom profile avatars based on some of the iconic characters from the web series. So, let’s check out the details right below.

Reddit recently took to Twitter to announce four customizable profile avatars that are based on characters of the web series in partnership with Netflix. These are limited edition avatars that are now live on Reddit. You can check out the tweet attached right below.

Coming to the avatars, there are only four of them. These include Eleven, Scoops Ahoy Steve, the Demogorgon, and Hopper. And if you are a Stranger Things fan, you’ll be able to figure out the avatars instantly as they all come with character-specific attires.

For instance, the Eleven avatar is wearing her pink dress and her denim jacket from season 1, while Jim Hopper stands in his Hawkin’s Chief of the Police uniform. The Demogorgon is instantly recognizable with its flower-shaped head. The Scoops Ahoy Steve avatar, on the other hand, is dressed in Steve Harrington’s signature Scoops Ahoy costume from season 3.

Now, an interesting thing about these new avatars is that Redditors can select an avatar and choose particular dressing elements of them, instead of giving their profile avatars a full makeover. This opens up the opportunity to create new avatars using the dresses and accessories of the new Stranger Things avatars. For instance, you can check out Jim Hopper wearing Eleven’s dress and Steve’s Ahoy-cap or Eleven with a Demogorgon head in the screenshots below.