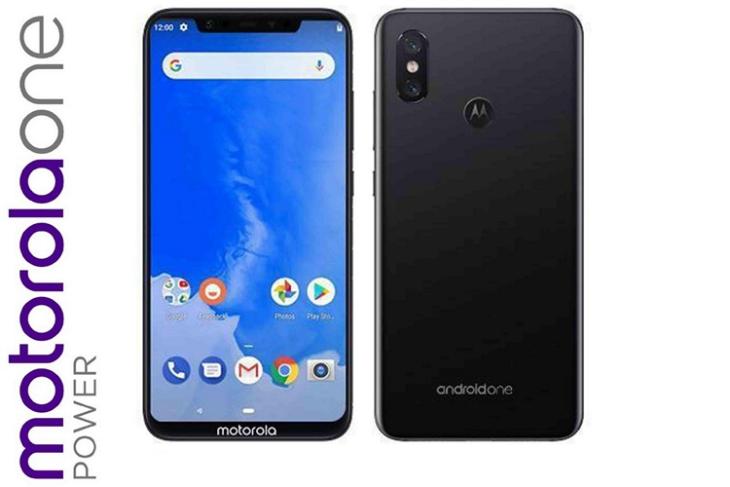 A recent report suggested that Motorola Mobility may be about to launch its first-ever Android One smartphone pretty soon. Called the ‘Motorola One Power’ the device will apparently come with a notch, and mark a return of the ‘Motorola’ brand after the Lenovo-owned company had deprecated the brand in favor of the ‘Moto’ moniker to market its smartphones over the past few years.

We were expecting to learn more about the rumored smartphone in the coming days, and looks like a few new leaks are now giving us a bit more idea about what to expect from the upcoming device. First off, both 91Mobiles and SlashLeaks have posted the same real-life image on their respective sites, giving us a look at the phone’s design. It seemingly confirms the earlier report that the device will have a notched display, like most new smartphones that are being released this year.

As can be seen from the image, the pictured device, said to be the rumored Motorola One Power, looks like just about all other 2018 handsets with a notch on the top and a chin down at the bottom. SlashLeaks has also posted what seems to be a new render of the upcoming handset along with a few of its key hardware specs. The device will apparently be powered by the Snapdragon 636, have a FHD+ display, and carry a 3,780mAh battery.

The post also seemingly corroborates the earlier report that the device will sport a dual-cam setup at the rear, including a 16MP sensor with an f/1.8 lens, and a 5MP sensor with an f/2.0 lens. The phone will also apparently have a 16MP front-facing camera with an f/1.9 lens, and ship with an NFC chip that should facilitate mobile payments. Meanwhile, a tweet from Andri Yatim (@HeyAndri) seems to reveal that the device will ship with 6GB of RAM and 64GB of internal storage.

Do note that all the specs mentioned above are collected from publicly-available online sources, and although most of them have proven to be fairly reliable in the past, it would be for the best if we exercised some caution and took these rumors with a pinch of salt unless they get corroborated by others independently.