I have used a lot of Bluetooth speakers, and for the most part, I have found that larger, usually more expensive ones offer better sound. However, they do compromise considerably on portability — that’s one of the reasons you might see me carrying around a JBL Go instead of my relatively bigger (but better sounding) Sony Bluetooth speaker. However, when Sony sent over the SRS-XB12 over to us for a review, I was immediately drawn towards it — it’s small, not as much as the JBL Go, but still relatively tiny, and my experience with Sony’s Bluetooth speakers suggested that it would have better sound quality than my usual JBL go-to; and so, in the last 10 days, I’ve had the XB12 dangling off of my bag, and I’ve used it for everything from listening to music at work and home, while watching movies, and everything in between.

At Rs. 3,990, the Sony SRS-XB12 is a Bluetooth speaker that seems to be priced just right, but the question I most often got with the speaker was “is it worth the price?” If that’s what you’re wondering too, here is my in-depth review of the SRS-XB12 Blueetooth speaker.

Like I said, the SRS-XB12 is a relatively tiny speaker, and that’s great for anyone looking to get a speaker that they can carry around; not only for random music sessions at work or college, but also on backpacking trips. It comes with the usual Sony design, with a plastic body that feels rubberised, it looks tiny, and yet, it’s a compact package that packs in quite the punch when it’s turned on.

I have no complaints with the design of this speaker. True, the light blue ‘Sony’ text and the similarly coloured strap on the side look awfully weird with the dark shade of the speaker, but when you look at this speaker as a whole, it’s a very well designed piece of audio equipment. 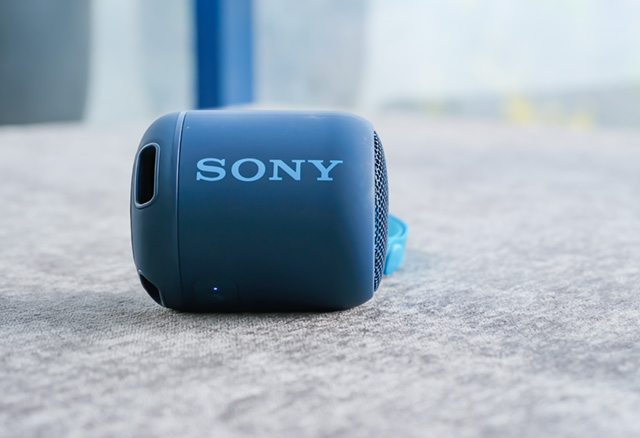 Even build-wise, Sony has not left anything to complain. It’s small but sturdy, it’s built . very well and can take hits — I should know, I’ve accidentally hit this speaker on handrails and car doors more times than I can count — it exudes a feeling of quality that you probably won’t find in a speaker in this price range, and even the wire-mesh covering the speaker on top is extremely strong. The buttons are not too out there, but they’re tactile, and the two ports on this speaker are covered with a rubber flap that’s just extremely satisfying to pull off. 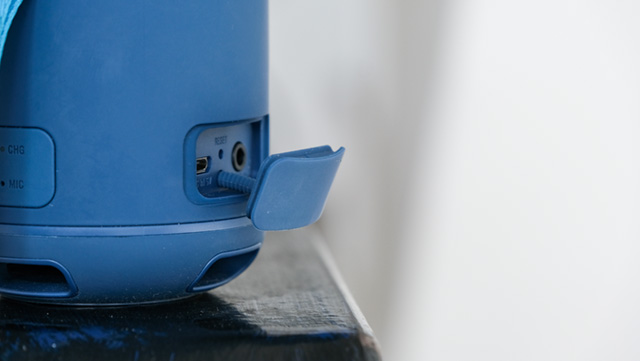 What’s more, the speaker is IP67 rated, so not only can you use it for pool parties or on the beach, it will not die on you if you drop it in the pool either. Full disclosure, I didn’t drop this speaker in a pool, but I did throw a lot of water on it, and it works just fine.

Sound quality from this speaker is awesome — it’s loud, and while it’s not as loud as some other Bluetooth speakers might get, it’s loud enough to easily fill a medium sized room by itself, which makes it great for house parties, plus you can pair it up with another XB12 speaker to form a stereo pair and get even better, louder, more vibrant sound output from the set up. 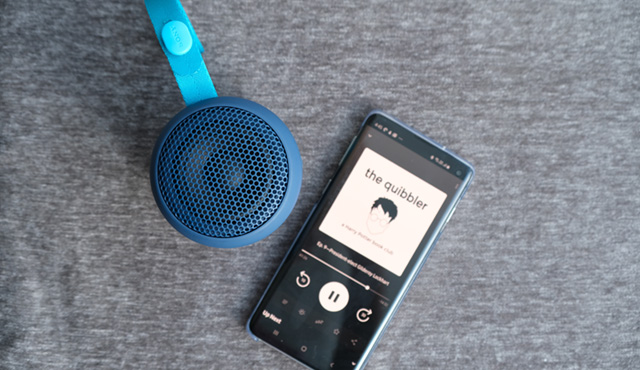 That impressive sound quality can be attributed to this — the SRS-XB12 comes with a monoaural speaker up top, right under that metal mesh, and a passive bass radiator on the bottom for an extra thump in bass heavy songs. 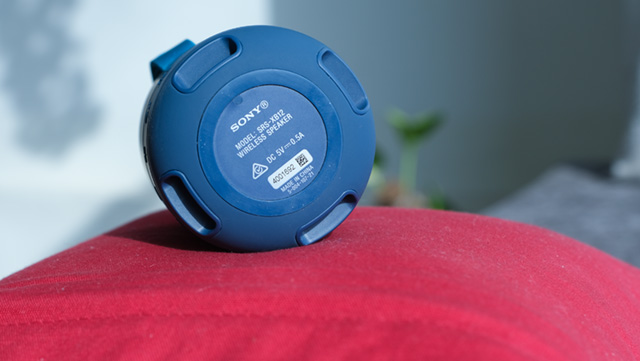 The highs and lows are clear, the mids are nicely balanced, and regardless of how quiet, or how loud you set this speaker to be, it doesn’t distort the sound at all, which is awesome, and not entirely something I was surprised by because like I said, Sony’s Bluetooth speakers are really good. 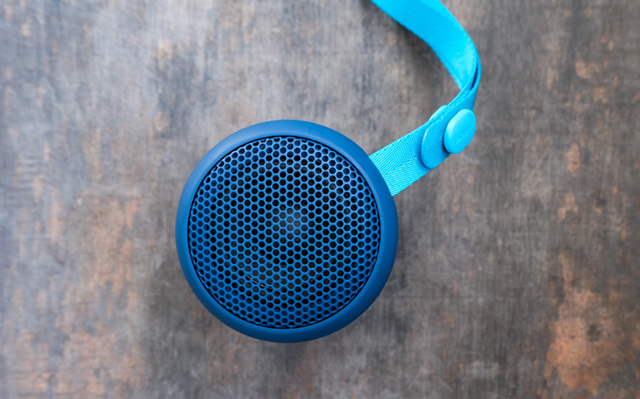 For a speaker as small as this one, I was surprised by the kind of sound this thing can produce, and that too without losing on clarity. If you’re looking for a Bluetooth speaker that you can carry around, and with which you can rock out with ease, the SRS-XB12 will not let you down.

The SRS-XB12 also comes with quite a lot of buttons and two ports on its body. There are a total of 5 buttons here. There’s a power button you can press to turn the speaker on and off, or long press to enter pairing mode; there are the usual volume up/down buttons. Right next to those is the play/pause button which can also be used to answer calls, or, if you long press it, will launch the default assistant on your phone, and you can ask it to change songs or whatever, by talking to your speaker. Then there’s the ‘Add’ button on the right which is how you pair two of these speakers together to form a stereo pair.

To Sony’s credit, I’ve found the buttons on every Sony Bluetooth speaker that I’ve tried to be fairly tactile, even if they don’t look it, and the SRS-XB12 is no exception. Pressing these buttons is a remarkably tactile feeling, and I am guilty of fidgeting with these buttons quite often while at work, even without anything playing on the speaker.

Move slightly to the right from here, and there’s also a charging indicator LED, and a mic-hole below it. Further to the right is a rubberised flap that you can pull out to access the charging port, the AUX-in port, and the Reset button. The speaker charges via a micro-USB port which is standard on most Bluetooth speakers, but I really wish there was a USB-C port here instead. 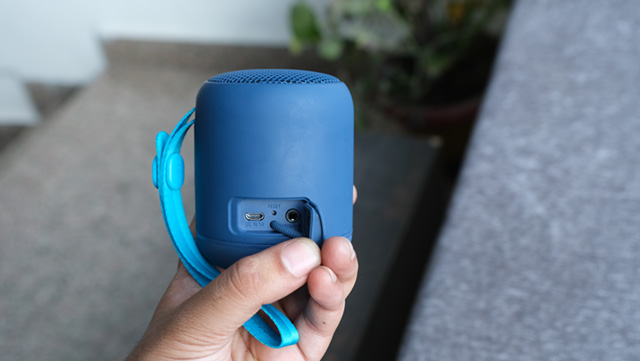 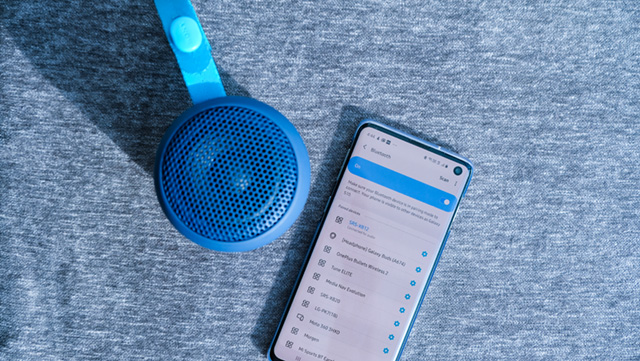 What could be a deal breaker to a lot of people, is the absence of aptX support on the speaker — that means you could’ve gotten better connection stability, and lower latency on the speaker, but for some reason, Sony has skipped out on it. Other than that though, the speaker supports all the major codecs you might want: A2DP, AVRCP, HFP, HSP, you name it, it’s got it.

Another thing I’ve noticed with a lot of Sony’s Bluetooth audio accessories, is that they offer insanely good battery life. The SRS-XB12 are no different; Sony rates them to have a 16 hour playback time on one charge, and I found that to be quite accurate. In my usage, the speaker easily lasts over 14 to 15 hours on a charge, even on high volumes. That’s really impressive, and you’ll only truly be able to appreciate it when you see just how small this speaker really is. 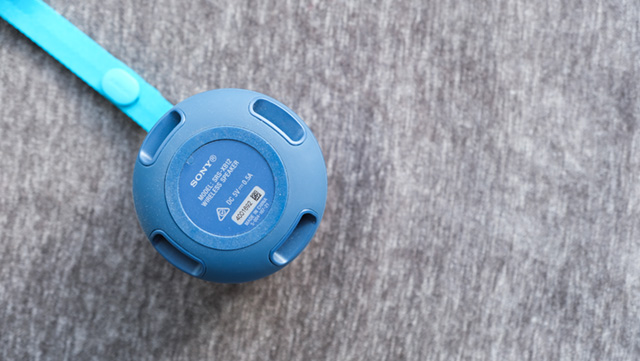 I have barely had to charge this speaker in my usage — the battery life is that good. However, the time that I did have to charge this felt like forever, because the speaker takes a long time to fully charge. Charging from almost 0% to full takes well over 4 hours, and it can get annoying.

However, the battery life is simply amazing on the SRS-XB12, and I don’t find 4 hours to be a big trade-off for getting over 15 hours of battery life from the speaker. You obviously might find that hard to swallow, what with smartphones charging in less than 90 minutes these days, but in my personal experience, I didn’t have to charge the XB12 as often as I would a smartphone anyway, so comparing them makes little to no sense.

Sony SRS-XB12 Bluetooth Speaker: Should You Buy It?

All things considered, the SRS-XB12 is a Bluetooth speaker that checks off a lot of the boxes for a great Bluetooth speaker — it’s portable, it has great sound, the XB moniker is justified thanks to a good bass output, it has an IP67 rating, and it comes with a rather amazing battery life. The only real con I found with this speaker is the charging time, but like I said earlier, that can be overlooked thanks to the playback it offers. At Rs. 3,990, the Sony SRS-XB12 is pretty much the speaker to get if you’re looking for portability with great sound, and if you ask me, this is the speaker I’d suggest to anyone looking for a Bluetooth speaker under Rs. 4,000.