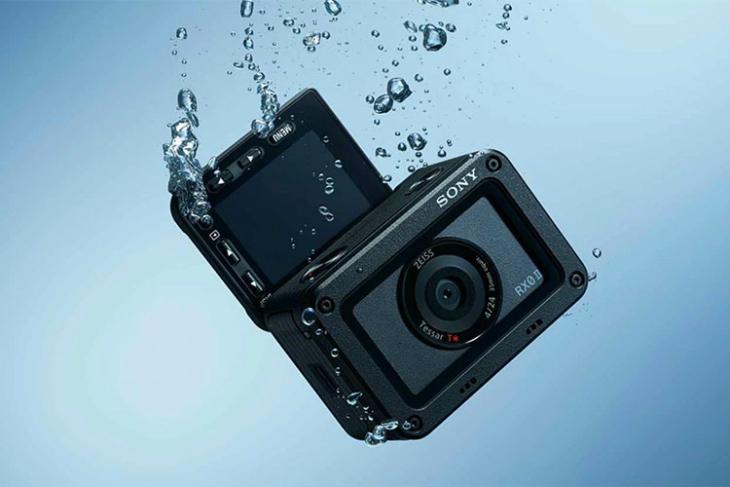 Sony has launched an upgrade to the RX0 compact camera. The RX0 II, according to the company’s claims, is the “world’s smallest, lightest premium compact camera.”

The camera measures in at just 59mm x 40.5mm x 35mm, and weighs an almost negligible 132 grams. To put that in perspective, the Jabra Elite 85h headphones that I recently reviewed weigh 296 grams.

Anyway, packed inside that teeny-tiny body are a ton of features, including a lot that you’d be hard pressed to find in some DSLRs. The Sony RX0 II comes with a 180-degree tilt display in a small form factor that’s IP68 rated for dust and water resistance, shockproof for drops from up to 2 metres, and crush-proof up to 200kg force — which is just incredible.

In terms of specifications, the RX0 II comes with a 1.0-type stacked 15.3MP Exmor RS CMOS sensor, an advanced BIONZ X image sensor for better color reproduction, and an ISO range from 80 to 12,800. That’s pretty impressive for a camera this tiny. In terms of optics, the camera comes with a Zeiss Tessar T 24mm lens with an f/4.0 aperture.

The RX0 II is also feature rich in what it can do — the camera can shoot 4K video at 30FPS, and offers full pixel readout without any pixel binning. There’s also EIS built in for stable videos, and support for super slow-mo videos at up to 100FPS, uncompressed 4K HDMI output and more. The camera also supports S-Log2 format which is great for post-production.

The RX0 II goes on sale starting July 15 for a price of Rs. 57,990 across all Sony Center stores, authorised dealers, and major electronics stores around the country.