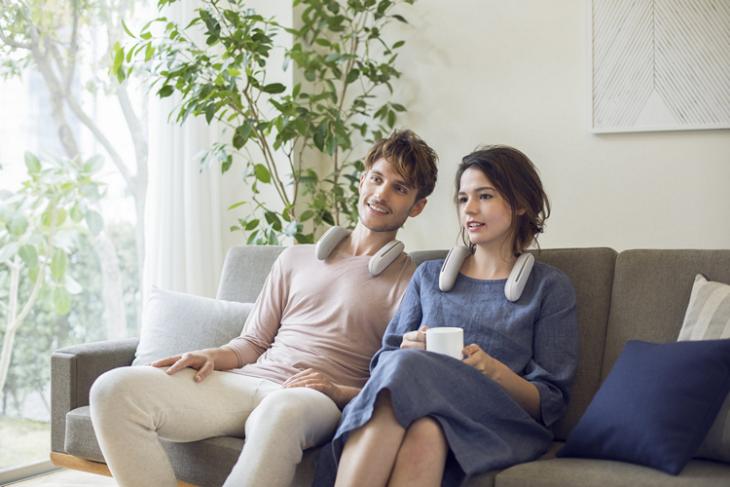 Sony has launched a wearable speaker in the US that can be worn like a neckband. Unfortunately, it is not a Bluetooth speaker as you might be thinking.

Sony SRS-WS1 Immersive Wearable Speaker is wireless and rests around your shoulders. It is meant to be worn while watching movies or any video for that immersive audio experience the Japanese tech giant claims.

To justify the “immersive” part, the speaker makes vibrations with respect to the audio output. “Both speakers are equipped with a passive radiator vibration plate which enhances low tones, producing vibrations together with bass sounds from film action scenes or at live venues.”, states Sony.

It is worth noting that the transmitter can connect simultaneously to two speakers, making the perfect movie session for a couple. The device is powered by a rechargeable battery that promises around seven hours of usage. However, it requires three hours to get completely charged and still uses micro-USB.

Sony ships a charging stand along with the speaker so that you can charge the speaker with style. For the curious ones, no the speaker cannot be used while you patiently wait until it gets charged.

Technically, it can connect with your smartphone’s headphone jack (if your phone still has one) even though it is not pitched as the primary use-case of the speaker.

Sony has priced the SRS-WS1 Immersive Wearable Speaker at $299. You can get the speaker at a limited-time introductory price of $249 if you place the order before December 1.