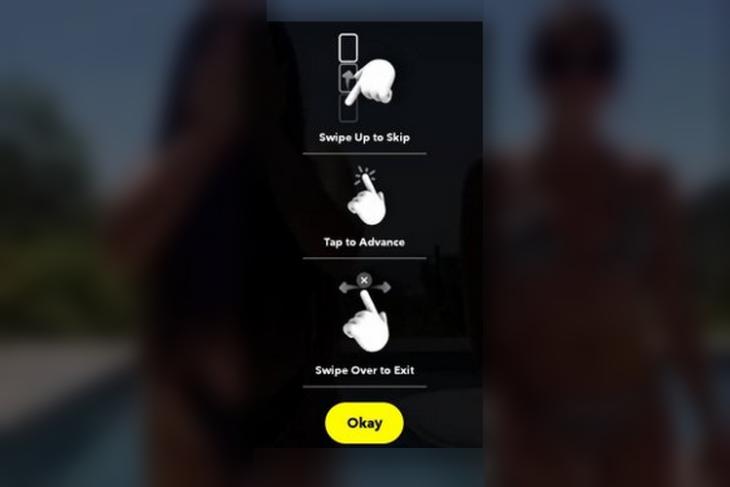 Snapchat might soon introduce a new UI element that borrows heavily from TikTok. According to reports, the app is testing vertical scrolling for public content published to Snapchat Discover. Apparently, users on the new UI will still be able to tap to advance through to the next part of a Story. However, unlike the current UI, swiping horizontally will exit the experience instead of taking you to the next Story.

Snapchat has already confirmed the test, saying it is one of the “immersive visual formats” it is exploring right now. In a statement to TechCrunch, a company spokesperson said: “We’re always experimenting with new ways to bring immersive and engaging content to our mobile-first Snapchat community”. The spokesperson also claimed that the test is in its very early stage right now, and is available to a very small number of users.

One of the first people to have spotted the change was Twitter user, Arthur (@artb2668). As you can see from his post above, users seeing the change for the first time will be instructed on how to use the new feature. Meanwhile, Arthur has since posted multiple videos of how the vertical scrolling will work. The post below best illustrates the new UI. As you can see, it looks straight out of TikTok. Which is not a bad thing, given that vertical scrolling does feel more intuitive on smartphones.

There is a better video of the update pic.twitter.com/lPA5mF0NpZ

Just to reiterate, the changed UI is only available for public content and not the private ‘Stories’ feed. However, it’s not immediately clear as to whether that will change going forward. So do you see the change on your account? If so, drop us a word on how it feels and whether you like it better than horizontal scrolling.