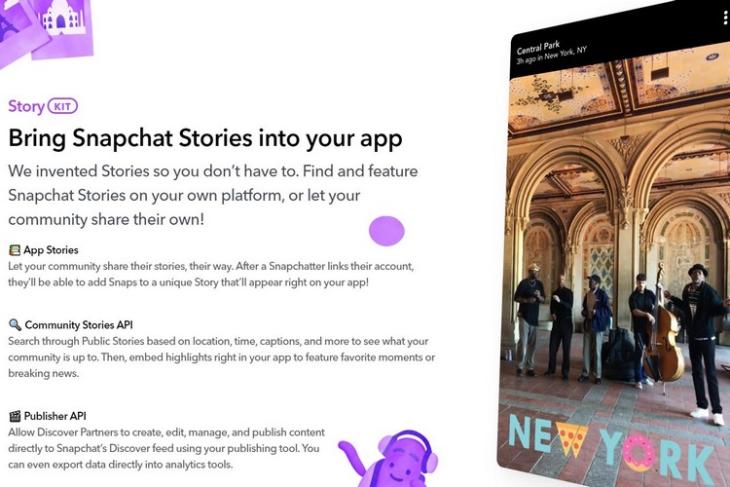 Snapchat has been one of the most feature-packed video sharing platforms in the market. People use the unique Snapchat filters to record many funny and creative videos. Users can share these videos as stories in Snapchat, but not in any third-party app. However, a recent update to the Snap Kit API will allow third-party app developers to integrate the Snapchat Stories feature in their own app.

The “Story Kit”, part of the Snap Kit update, brings support for developers to build the Snapchat Stories integration in their app. With this update, developers will now be able to provide the option to share stories in other third-party apps, although the stories were originally made in Snapchat. When enabled in third-party apps, this option will open up the Snap camera inside that app.

One of the most useful features of this update is that it will let users share Snapchat Stories with other third-party apps directly from the “Send To” screen in Snapchat. The app will also give users the option to share the story exclusively on the third-party platform or share it simultaneously in both the platforms.

Nevertheless, data sharing with third-party apps create an inevitable concern for privacy. However, according to Snap Inc., “privacy is a priority” and as Snap Kit does not share sensitive data, like demographics and friends list with the third-party apps, “Story Kit” should be fine, in terms of privacy. The app only shares the Display Name and the Bitmoji avatar with third-party apps. 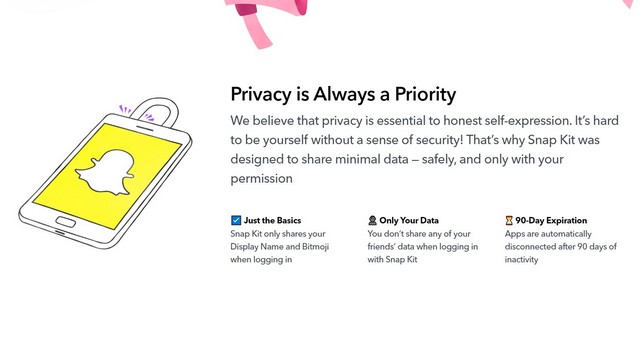 So, users now have to just wait for their favourite apps to gain the “Story Kit” integration. If in the near future, Instagram and Facebook integrate this feature, then users will be able to share those cool and quirky Snaps as Stories on their favourite platform right from Snapchat. That would be pretty cool!

What do you guys think about this feature? Let us know down in the comments below.