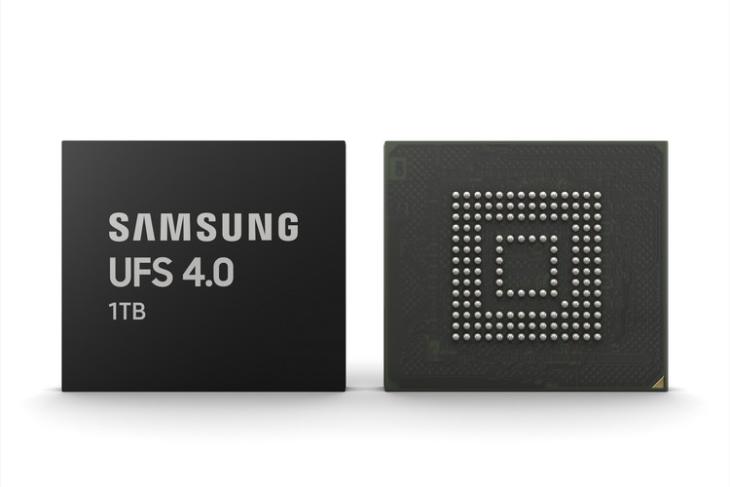 Samsung’s semiconductor wing has developed the next-gen Universal Flash Storage (UFS) technology for mobile devices in the form of UFS 4.0, offering improved read and write speeds and power efficiency. The new UFS 4.0 technology, as per Samsung, will be the “industry’s highest-performing” storage solution. It will offer double the speed of the current UFS 3.1 technology. Let’s take a look at the details below.

Samsung recently took to Twitter to announce and detail its latest achievement in the mobile storage sector. The UFS 4.0 storage solution is meant to deliver improved performance and power efficiency for Samsung and other device manufacturers’ future mobile devices, such as smartphones, tablets, and foldables. You can check out Samsung’s tweet attached right below.

Coming to the technicalities, Samsung’s UFS 4.0 is based on JEDEC Solid State Technology Association’s newest standard specification and has been approved by the organization’s board of directors. The company has used its 7th-gen V-NAND technology and its in-house controller under the hood to develop the latest storage solution.

As a result, the UFS 4.0 technology can deliver sequential read speeds of up to 4,200Mbps and sequential write speeds up to 2,800Mbps. Samsung says that it will also offer a speed of up to 23.2Gbps per lane, which is double the speed of UFS 3.1 technology. The company says that the bandwidth is “perfect for 5G smartphones” and is also expected to reach the automotive and AR and VR industry in the future as well.

Coming to the power efficiency of the UFS 4.0 solution, Samsung highlights that it will offer a 46% improvement over its predecessor. It is also designed for more effective space utilization and will come in an array of storage capacities, ranging up to 1TB.

As for the availability of the new UFS 4.0 storage solution, the company says that it will enter mass production in Q3 2022. Hence, we expect the first devices with UFS 4.0 to reach the market sometime in early 2023. There are chances the Samsung Galaxy S23 lineup or the future Galaxy Z phones might come with support for UFS 4.0.

So, what do you think about Samsung’s latest storage solution for mobile devices? Do you think now that Samsung has developed the next-gen UFS technology, it should bring the current UFS 3.1 to its mid-range and budget devices? Let us know your thoughts in the comments below.