Lately, Android smartphones are coming with bloatware like Cleaners, Facebook app managers and dubious voice assistants. These kinds of apps regularly hog necessary resources like RAM, processing power, and battery, not to mention the privacy concerns that come with it. These stealthy apps would not have mattered if we had the option to uninstall them just like we can do with normal apps.

OEMs partner with various software companies to pre-install their apps, and manufacturers, in turn, categorize those apps as system apps, making them part of the OS. System apps are integrated deeply into the OS so they can’t be uninstalled normally, hence requires privileged permission to do so. But you don’t need to worry, we have got some handy tricks which can easily uninstall these apps with just an ADB command.

First of all, you need to set up ADB (Android Debugging Bridge) to proceed further. We have already written an extensive guide to make things easy for you. Just click on the link and follow the instructions step by step and you will be all set for the next step.

Here, we are going to learn about the different ways to remove apps. First, we will remove bloatware using a universal method which works on all Android devices irrespective of the manufacturer. In this method, the process will be manual so that you can learn how the whole thing works. After that, we will remove bloatware on Samsung and Xiaomi smartphones using some automated tools which do the work in a few clicks. That being said, let us start with the universal method.

Remove Bloatware from Any Android Smartphone 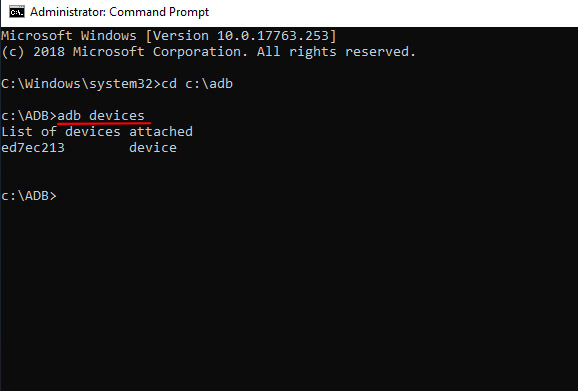 This is how you can easily uninstall annoying apps one by one. While the process can be tiresome if you have a long list of apps to remove, you must be diligent while doing so. There are lots of system apps which are interdependent, so removing any one of those core apps may make your smartphone unusable. So be careful while removing core system apps.

In this method, we are going to use a simple application to remove intrusive apps. Before proceeding, make sure ADB is enabled in Developer Options. To reconfirm, just open Settings and go to About Device on the top. There, tap on MIUI version continuously for 7 to 8 times, it will enable the Developer Options. After that, go back to Settings again and open Additional Settings. There, you will find the said Developer Options. Open it and scroll down, find the USB debugging option and enable it. 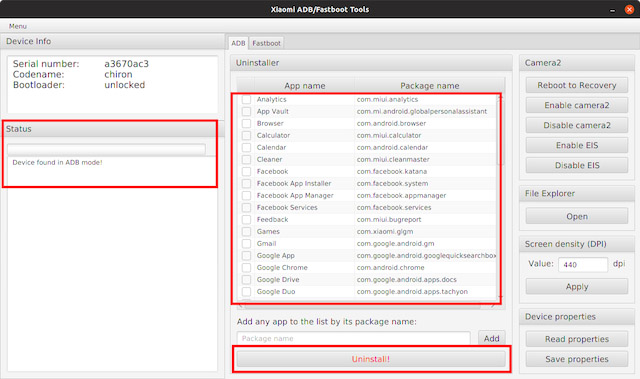 Note: uninstalling these apps will not brick your device. The pre-fetched list only shows apps which are safe to uninstall.

You don’t need to worry about breaking OTA updates, it will work as intended. However, Xiaomi may add all the removed apps after a system update. So you may have to repeat the process again. All in all, this a great way to debloat your Xiaomi smartphone and will bring far better mobile experience without annoyances.

To remove bloatware from Samsung smartphones, we’ll be using a paid third-party app called Package Disabler Pro ($3.49) from the Play Store which can uninstall bloatware in few taps. It’s a pretty straight-forward process without dangling with a PC and that’s why we are using this method. However, the app uses Device Administrator privilege to uninstall apps, which is very sensitive permission to grant. If you are comfortable with granting the permission, you can go ahead and use this method, or else you can use the universal method we described above. 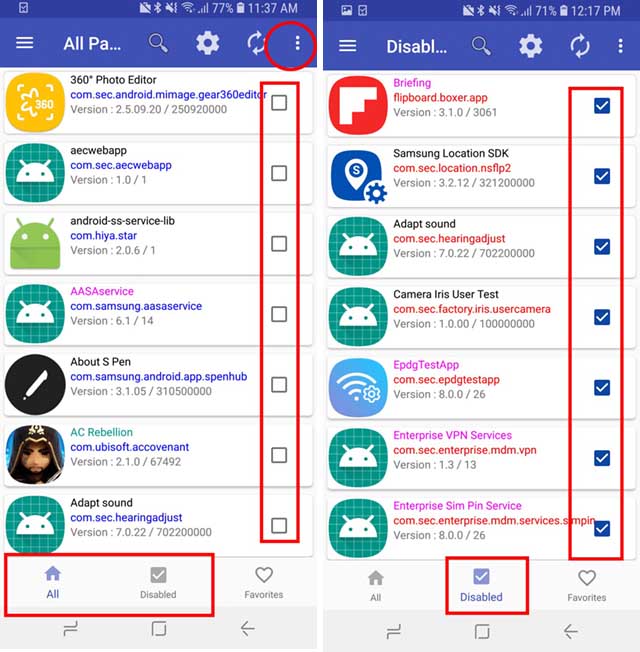 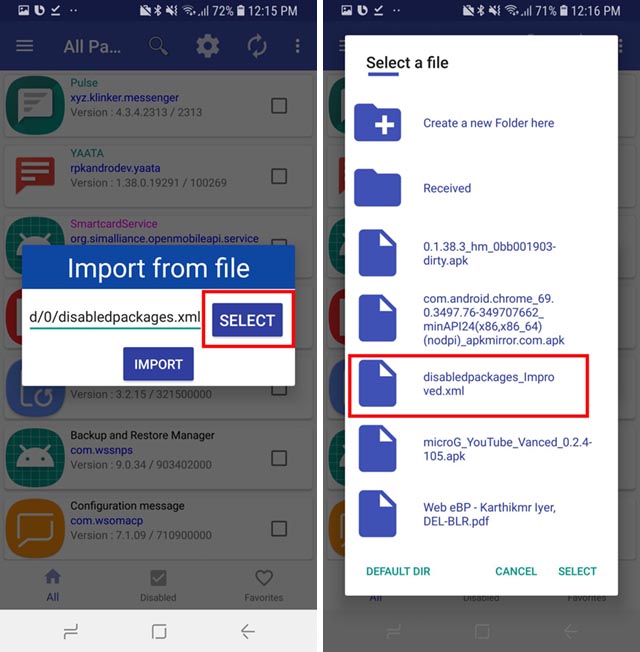 What If Something Goes Wrong?

Well, things can go south if you are not careful. However, there is nothing to worry as you can get your smartphone back in the fully usable state. You just have to factory reset your smartphone through the recovery mode and your smartphone will be restored completely to factory default settings. So it’s recommended to backup all your data before pulling the trigger. Because if things don’t go as expected, you may lose your data and we don’t want you to experience this.

Remove Bloatware from your Phone without Root

Well, so that’s how you can remove bloatware from your phone without having to root it first. Removing bloatware is great not only because it cleans up your app-drawer, but also because it saves your smartphone’s resources from being wasted, and in some cases might even stop (or at least reduce) the number of ads seen on certain phones, which is great. So, have you removed or disabled bloatware from your phone? Let us know in the comments down below.