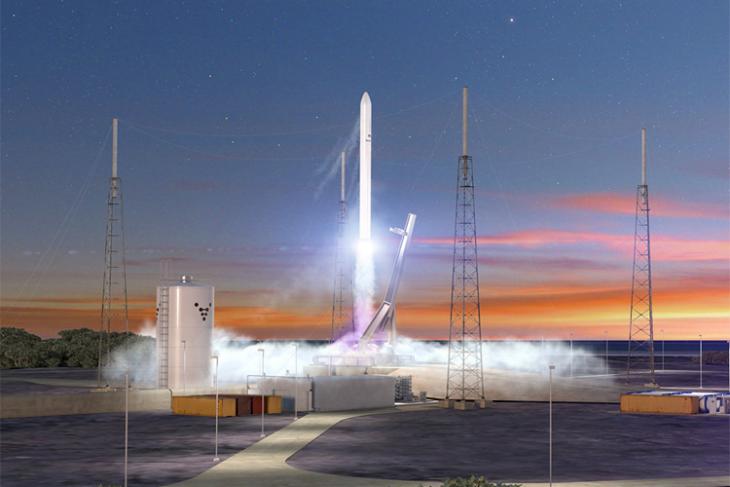 Relativity Space, an aerospace manufacturer company, is gearing up to expand its autonomous rocket factory. The rockets manufactured here, however, has a difference. They are 3D-printed. Yes, you read that right. The company is preparing to launch the world’s first 3D-printed rocket.

“Relativity was founded with the long-term vision of 3D printing the first rocket made on Mars and expanding the possibilities for human experience in our lifetime. With the close of our Series C funding, we are now one step closer to that vision by being fully funded to launch Terran 1 to orbit as the world’s first entirely 3D-printed rocket.”, says Tim Ellis, co-founder, and CEO of Relativity Space.

The company aims to reduce the time taken to manufacture space vehicles. By 3D-printing, the number of components used in the rocket is reduced to about 700 from almost 60,000 on a traditional rocket.

This reduction in the number of components used for manufacturing the rocket enables the company to manufacture the rockets in just 60 days, which is a huge difference when compared to a two-year timeframe even with industry-leading space companies.

All these processes are being done in its Stargate factory. The company claims it to be the world’s largest 3D printer of metals which makes use of a technique called selective laser sintering.

“By optimising manufacturing for speed, Relativity will increase the frequency of launches in service of growing commercial and consumer needs in space. Just as doubling microprocessor speeds enabled the personal computing revolution, Relativity will push forward an entire ecosystem of hardware and software systems to take humanity beyond Earth’s orbit.”, said Arjun Sethi, co-founder at Tribe Capital, one of the key players in the Series C funding.

If everything goes according to the plan, Relativity Space hopes to get its first rocket -Terran 1 ready by 2020 with commercial space launches planned for 2021. So, what are your thoughts on 3D-printed rockets? Let us know in the comments.