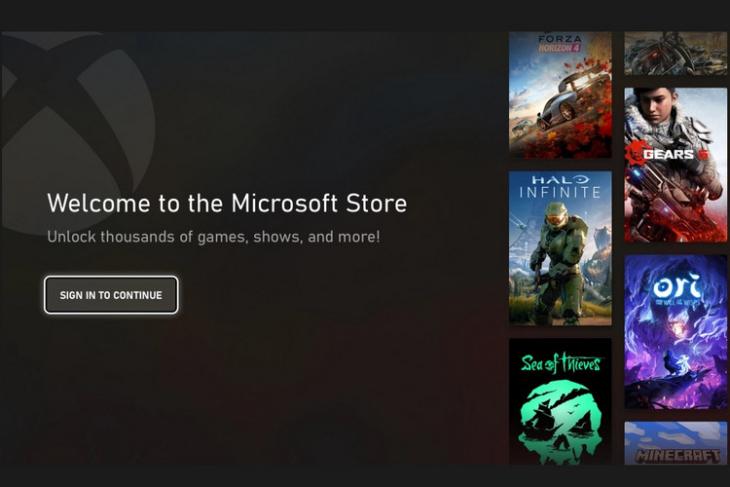 The Xbox Store on Xbox has received a major design overhaul ahead of the Xbox Series X announcement later this year. In a press release on Monday, the company said that the updated Store will offer a better experience in every way possible. “We’ve rebuilt the experience from the ground up to be faster, safer and easier to use than ever before”, the company said.

According to Microsoft, the new Store on Xbox is more than twice as fast as before. “It launches in under two seconds, and the browse performance is greatly improved. It’s faster than ever to load pages and find what you need, whether it’s checking out a sale price or watching HD trailers”, the company said. The redesigned Microsoft Store on Xbox will be available in beta to some Xbox Insiders beginning August 5.

As part of the new design, popular features like Xbox Game Pass will now be front and center. The all-new Store will also make it easier to find a specific title or DLC, or access an app, movie or TV show. According to the company, the redesign will provide gamers with an “inclusive and intuitive experience” and will make the navigation process easier than ever.

Microsoft also said that the all-new Store on Xbox has additional safety mechanisms built-in for families and young children. As part of the plan, customers must sign-in to ensure that children can only access age-appropriate content. “With this update, we ensure that content rated beyond a user’s content filter level does not appear anywhere in search or browse experiences. This means that a child with content filters set for an 8-year old will not be able to view content … (meant) for a teenager”, the company said.

How to Disable Autoplay Videos in Microsoft Store on Windows 11