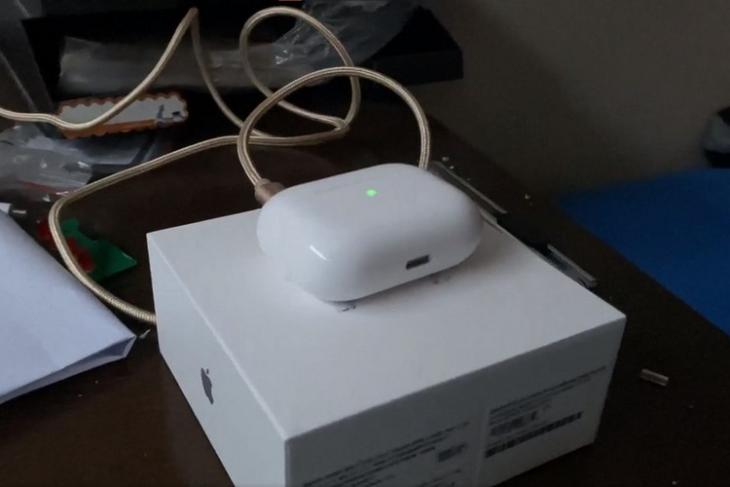 With Apple focusing more and more on the environment, the company is gradually removing the charging adapter of its devices from their boxes. However, how would you feel if Apple, instead of including a wall-adapter in the box of its devices, made the box itself a wireless charger? Sounds confusing right? Well, confusing does not mean it is impossible. And a Redditor just did that.

Recently surfing through Reddit, I found a post (below) with a video showing a man wirelessly charging his AirPods Pro by putting it on the surface of its own box. In the video, we can see the man placing his AirPods Pro case on a box of an AirPods Pro and the green charging indicator instantly pops up on the case.

Now, after watching the video, I was curious to know how the man was able to achieve this feat. To find the answers to my questions, I went to the comments section of the post.

According to the creator, u/UpstairsTaxi, “there are ready-to-use wireless charging circuits or like 10 bucks on amazon,”. So he went to Amazon’s site and got himself one of these DIY wireless charger kits. Then took the circuit and connected it to the box of the AirPods Pro.

“So from an electrical perspective, this was a really easy project”, he further added to his reply one of the comments.

Now, the fact that simple boxes of electronic devices can be used as a wireless charger is pretty crazy. So, this is a viable option for companies to encourage their customers to keep the boxes of their electronic products instead of throwing them away.