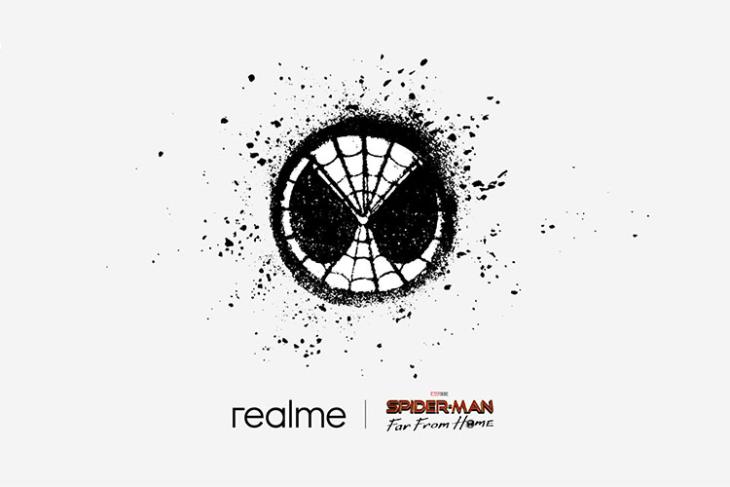 While we were waiting for Chinese smartphone company, Realme, to launch the Realme X in India, the company was apparently trying to get an Avenger to help them out.

Realme’s CEO, Madhav Sheth, took to Twitter a while back to announce that the company has partnered with Spider-Man: Far From Home. The tweet read “We have the youngest avenger on-board. Yes, excited to announce our association with #SpiderManFarFromHome. RT to spread the web.” along with a promotional image (that you can see above).

Madhav Sheth had earlier teased about the partnership on Twitter as well, with a tweet saying “He is a teenager who dares to fight. He can’t fly yet he dares to swing in the air. He chooses to #DareToLeap.”

He is a teenager who dares to fight. He can't fly yet he dares to swing in the air. He chooses to #DareToLeap.
RT & guess who he is. Stay tuned, something fun is coming up!

Even though Sheth didn’t confirm what the partnership was for, reports and rumors, and some educated guesswork, all point to a Realme X related partnership, and while once again, we have no official word on what this partnership entails, reports on the internet are claiming that the company might be launching a Spider-Man themed case for the Realme X. If we believe these reports to be true, the Realme X could see a lot of Spider-Man fans buying the phone, if only for the case.

As for the smartphone itself, the Realme X is expected to launch sometime in July, but no confirmed launch date is available so far. Still, the excitement around the Realme X is pretty high, and with this partnership with everyone’s favorite friendly neighbourhood superhero, Realme has definitely upped the hype-train even more.

So, are you excited to see what Realme has in store for us with this partnership with Spider-Man: Far From Home? Also, will you be watching the movie, when it releases in July? Let us know in the comments below.